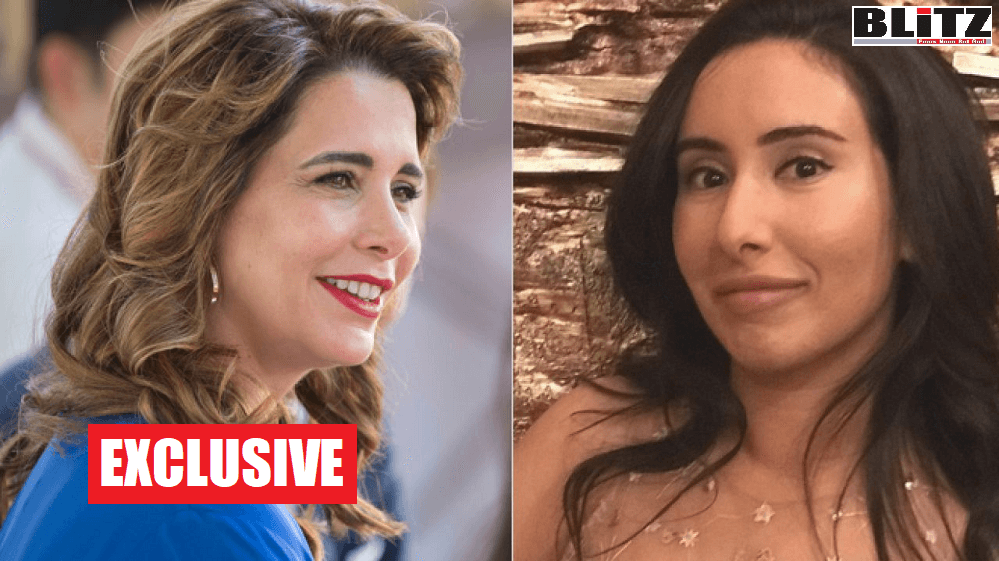 On February 16, 2021 British Broadcasting Corporation (BBC) has published a report along with the video statement of Sheikha Latifa bint al-Maktoum (also known as Princess Latifa), daughter of Sheikh Mohammed Bin Rashid Al Maktoum, the ruler of Dubai. BBC has falsely claimed this video to have been made by Princess Latifa from “villa jail” in Dubai. But our investigative team has already been able to unearth the mystery behind the video and how it went to BBC as well as several newspapers in London.

The chronology of Princess Latifa case

Immediately after Sheikha Latifa bint al-Maktoum (Princess Latifa) was returned from a yacht, through which she was planning to first reach India and then the United States, Tiina Jauhiainen, a fitness instructor hired to teach Latifa a Brazilian martial art called capoeira, who later falsely claimed to be a friend of the Dubai princess started a money-making venture and launched a website named ‘Free Latifa’, with the active collaboration of a convicted fraud and scammer named David Haigh. On a number of occasions, western media had falsely portrayed David Haigh as a human rights activist and never uttered a word about his criminal background.

Weeks before Princess Latifa fled Dubai in the yacht, Tiina Jauhiainen had received at least four million dollars from her in cash in 5-6 installments and a shrewd Tiina had smuggled-out the entire amount to one of her relatives in Finland. While sending the last instalment of the four million dollars, Tiina also passed a video clip of Princess Latifa titled “Just in case”.

Tiina Jauhiainen sent the video clip to the same person in Finland as well as a couple of other individuals, with the instructions to publish it if Latifa’s escape fails. In that video, as per advice of Tiina, Princess Latifa gave details about restrictions she is under in Dubai, her first escape attempt and her plan to leave Dubai and take asylum in the US. The entire script of the video was drafted by Tiina Jauhiainen with the help of a third person.

Tiina Jauhiainen had smuggled-out US$ 4 million that she received from Princess Latifa with the help of an Indian national in Dubai, who is running money exchange business and known as one of the top money-traffickers. Tiina misappropriated the entire amount of US$ 4 million and never mentioned it again. Tiina’s only motive was to somehow trick Princess Latifa into going to Finland, and later hide her in an unknown place and extort millions of dollars from the Dubai ruler.

Princess Latifa had handed over the amount on good faith as Tiina Jauhiainen had told her that she would need money once Latifa lands on the United States.

A blatant lie swallowed by BBC and the British media

[Early 2019] Tiina Jauhiainen receives a message from a stranger claiming to be in contact with Latifa. After Ms Jauhiainen passes a number of security questions, she begins direct communication with Latifa and manages to get a phone to her.

Latifa begins recording video messages in which she describes the conditions she is being kept in: solitary confinement, the windows barred shut and no daylight.

In the months after they establish phone contact, Ms Jauhiainen, her lawyer David Haigh, and her maternal cousin Marcus Essabri have daily contact with Latifa.

Until the release of the video on February 16, 2021, Tiina Jauhiainen, David Haigh and Marcus Essabri were repeatedly claiming – they don’t know where Princess Latifa is, and were even asking international investigation to know the location of the Dubai princess. Now, all of a sudden, they have come with a false story of being in regular contact with Princess Latifa since 2019.

BBC should have verified authenticity of this claim by checking the claimed phone set used by Tiina through which she now claims to be in contact with Princess Latifa.

What is the truth?

Tiina Jauhiainen, David Haigh or Marcus Essabri are not at all in contact with Princess Latifa. The video they have handed to BBC was recorded by Princess Haya weeks before she fled Dubai. And the video was passed to Tiina-David racket by one of the trusted representatives of Princess Haya – most possibly the PR firm she is using to spread propaganda against Sheikh Mohammed Bin Rashid Al Maktoum.

Tiina, David and Marcus should be immediately arrested and interrogated

As Tiina Jauhiainen, David Haigh and Marcus Essabri are now claiming to have been in contact with Princess Latifa since end 2019, it is essential for the British authorities to immediately interrogate them and find the reason as to why they, on purpose, had concealed the fact of their communication with Princess Latifa.