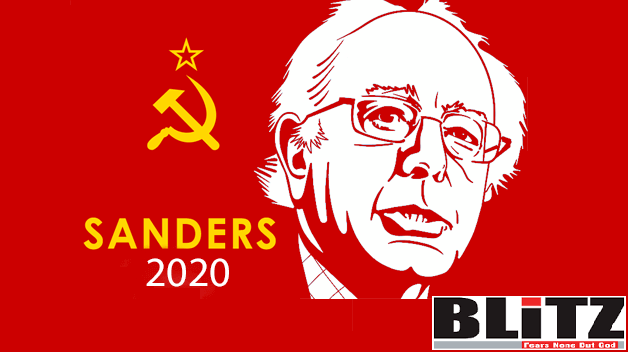 All of us know the hidden desire of Alexandria Ocasio-Cortez, Rashida Tlaib, and Ilhan Omar. Alexandria wants to turn America into another Venezuela, while Tlaib and Omar want to establish Sharia rule in the land of brave and heroes. What everyone may not yet know is the true color of Bernie Sander. Independent Vermont Sen. Bernie Sanders supported socialist presidential candidates and was investigated by the FBI for his Marxist ties while he was mayor of Burlington, Vermont during the 1980s. The 77-year-old Democratic presidential contender maintained close ties to the Leon Trotsky-inspired communist Socialist Workers Party (SWP) at the same time the U.S. was engaged in a Cold War with the communist Soviet Union.

Sanders has always played down the extent of his involvement with the party, which included radicals who praised the Soviet Union and Cuban communists and has denied ever being a member. Asked in 1988 about his role as an SWP elector in 1980, he said: “I was asked to put my name on the ballot and I did, that’s true.” In fact, his ties to the party are deep and enduring.

The 2020 Democratic presidential primary candidate and the United States senator from Vermont, now 77, often scoffs at comparisons between his brand of self-described “democratic socialism” and communism. In recent years, he has said he is merely interested in having the United States look more like Sweden, a social democracy with a broad welfare state but a well-functioning private sector.

In 1980, Sanders “proudly endorsed and supported” Andrew Pulley, the party’s presidential candidate, who once said that American soldiers should “take up their guns and shoot their officers.” Sanders was one of three electors for Pulley on the Vermont ballot, stating in a press release: “I fully support the SWP’s continued defense of the Cuban revolution.”

Four years later, he backed and campaigned for the SWP presidential nominee Mel Mason, a former Black Panther, saying it was important for there to be “fundamental alternatives to capitalist ideology.” During the campaign, Mason praised the Russian and Chinese revolutions and said: “The greatest example of a socialist government is Cuba, and Nicaragua is right behind, but it’s still developing.”

During Pulley’s White House run in 1980, he called for the abolition of the U.S. military and the nationalization of “virtually all private industry,” as well as the abolition of the military budget and the establishment of “official … ‘solidarity’ with the revolutionary regimes in Iran, Nicaragua, Grenada and Cuba.