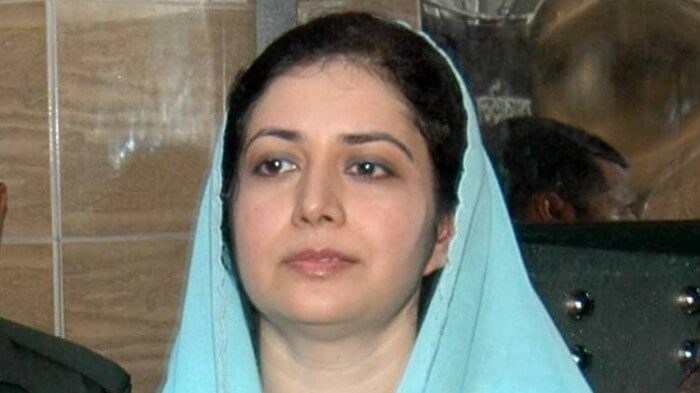 Daughter-in-law of former President Ziaur Rahman and wife of Bangladesh Nationalist Party (BNP)’s Tarique Tahman is all set to join politics and would participate in the election campaign during the upcoming general election in Bangladesh. Dr. Zubaida Rahman, the daughter of former navy chief MA Khan, is a physician by profession. She hails from a respectable family and seen as the most promising politician in Bangladesh. She married Tarique in 1993 and joined as a BCS (Bangladesh Civil Service) health cadre two years later. She left the country with her husband and daughter in 2008 for UK, where she has been living since.

Indian media already are seeing Zubaida Rahman’s joining politics as a “last attempt of politically cornered BNP”. Kolkata’s Ananda Bazar Potrika is wrongly claiming Zubaida’s father to be a cabinet minister of General Hussain Muhammad Ershad’s regime, although the fact is, Real Admiral Mahbub Ali Khan was in the cabinet of Ziaur Rahman.

While Ananda Bazar Patrika is pessimistic of any political charisma from Zubaida’s joining politics, according to Blitz analysts, it may once again prove media’s speculations as wrong similar to that of US Presidential Election of 2016.

Sources told Blitz, Dr. Zubaida will be returning to Bangladesh by ahead of BNP’s declaring the list of the candidates. Her joining in politics and participating in the election campaign may hugely boost the party leaders and supporters. It is also hinted by a source that Dr. Zubaida Rahman may contest from the Sylhet-1 constituency. But, according to our own sources in Britain, Dr. Zubaida surrendered her Bangladeshi passport and obtained British immigration long back and would be ineligible for running in the election in Bangladesh.

It added main reason behind Dr. Zubaida Rahman’s returning Bangladesh is to give proxy to her imprisoned mother-in-law and exiled husband in election campaign.