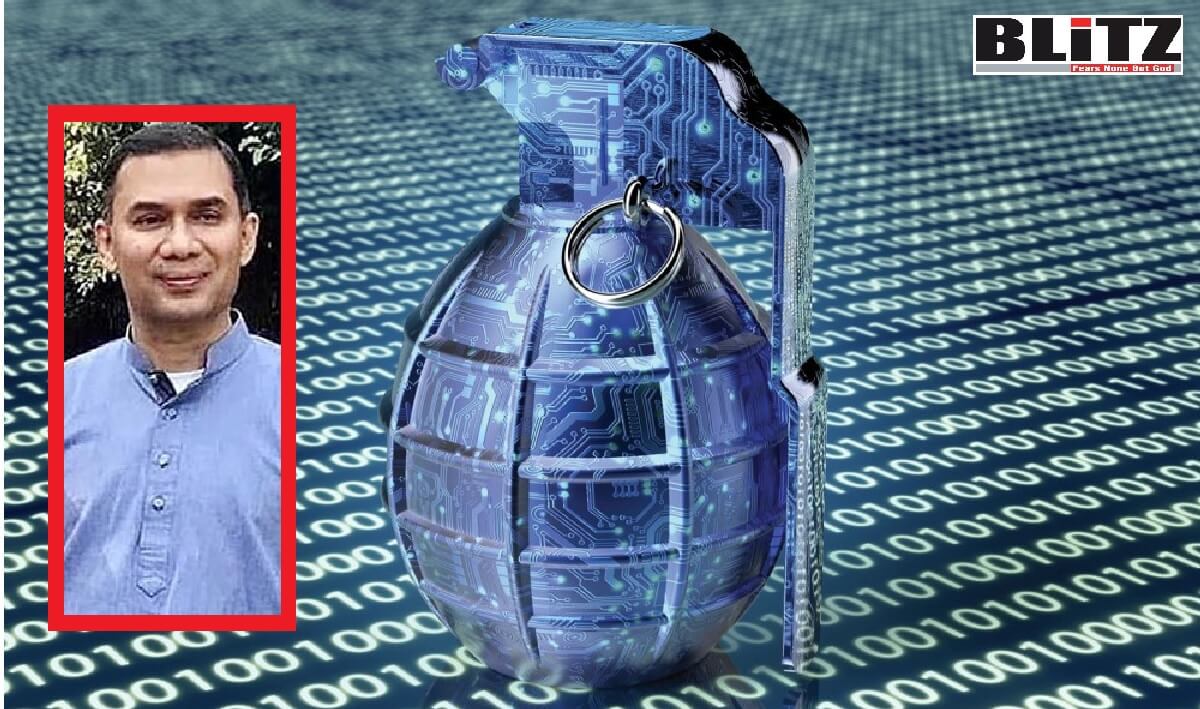 Bangladesh Nationalist Party (BNP) although is telling Western diplomats in Dhaka about participating in the 2024 general elections, its top leaders Khaleda Zia and Tarique Rahman have become eager to return to power through extreme anarchy, terrorist acts and Iranian leader Ayatollah Ruhollah Khomeini-styled Islamist revolution. With this notorious agenda this party has intensified vile propaganda against Bangladesh and ruling Awami League on social media platforms. As part of BNP’s illegal desire of returning to power through Islamist revolt, this party is also running imaginary and false propaganda by falsely quoting the US Department of State, Department of Treasury, White House, Senate and the US Congress.

It may be mentioned here that, back in May 2013, BNP tried to grab power through Islamist revolt by using its affiliate Hefazat-e-Islam, a pro-Caliphate platform of madrassa teachers and students. At the directive of BNP chief Khaleda Zia, thousands of madrassa teachers and students gathered at Dhaka’s Motijheel area with the agenda of toppling-down the government through Islamist revolt. At that time, Hefazat-e-Islam pressed 13-point demands, which mostly were similar with Afghan Taliban jihadists. Hefazat-e-Islam denounces democracy, empowerment of women, secularism and freedom of expression while it advocates transforming a secularist and democratic Bangladesh into either a sharia state or Caliphate.

Reporters of this newspaper have already identified dozens of fake IDs on social media through which pro-Caliphate Bangladesh Nationalist Party is spreading concocted rumors and misleading propaganda. Here are some of the social media IDs:

Abu Bakkar (Arif), claims to be a blogger, online activist, minor author, student and radical Islamist. Although owner of this ID claims to be living in Paris, France, it actually is one of the many fake IDs operated by a cyberterrorist and hardcore Islamist named Pinaki Bhattacharya. It may be mentioned here that, Pinaki abandoned his religion and became a hardline Muslim after establishing affiliations with radical Islamic and jihadist groups.

According to an Indian website, a self-proclaimed activist Pinaki Bhattacharya is anti-Hindu and anti-India extremist. He has been regularly publishing contents defaming Hindu religion.

It said, Pinaki became popular amongst radical Muslims and anti-India and anti-Hindu bloc in Bangladesh for his jihadist and anti-India publications. He persuaded Bangladeshi Muslims to wage jihad against the Hindus and join jihadist forces in Jammu and Kashmir in India.

In Bangladesh, Pinaki was accused of selling counterfeit medicines and sexual drugs. Under the garb of a pharmaceutical company, Pinaki Bhattacharya was also involved in producing Yaba, which is a combination of methamphetamine (a powerful and addictive stimulant) and caffeine.

According to information, Pinaki has been selling Yaba to Lebanese Hezbollah as well as other terrorist groups in the Middle East through infamous Dawood Ibrahim’s D Company.

Selim Rizvi Chowdhury, another fake ID most possibly run by a cyberterrorist named Abdur Rab Bhuttow. A post on this ID said, BNP is planning for indefinite seat-in in Dhaka from December 10 and would continue “hit and run” plot targeting various individuals. This ID also shared a post of Abdur Rab Bhuttow, where this man has claimed that the United States has imposed fresh sanctions on 92 civil-military and police officers in Bangladesh. Abdur Rab Bhuttow maintains deeper ties with an individual named Colonel (dismissed) Shahid Uddin Khan, a notoriously corrupt individual who fled Bangladesh in 2018 after swindling millions of dollars from innocent people by joining hands with a Ponzi scheme named ‘Destiny Group’. According to media reports, Shahid Uddin Khan, a fake PhD holder has business connections with terror don Dawood Ibrahim’s D-Company and runs businesses in Dubai, London and Cyprus. Shahid Uddin Khan currently is on Interpol’s ‘Red Notice’.

Shahid Uddin Khan has been feeding bogus information to Abdur Rab Bhuttow for months, while he and Bhuttow are running vile propaganda against Bangladesh through Facebook and YouTube.

It is also learnt from a credible source that several ex-military officers are maintaining discreet relations with convicted terror-funder Shahid Uddin Khan. Some of these officers are providing information – mostly bogus to Khan for circulating it through Abdur Rab Bhuttow and other cyberterrorists.

With the notorious agenda of spreading fear amongst the Dhaka city dwellers and members of law enforcement agencies, at the instructions of pro-BNP activists, their hired terrorists and militants will begin bomb attacks targeting various offices of ruling Awami League and its affiliate organizations from the late hours of December 9. Shahid has also reportedly instructed his men to target police vehicles as well as check-posts in Dhaka city. Bus stands and private television channel offices in the city may also come under terrorist attacks.