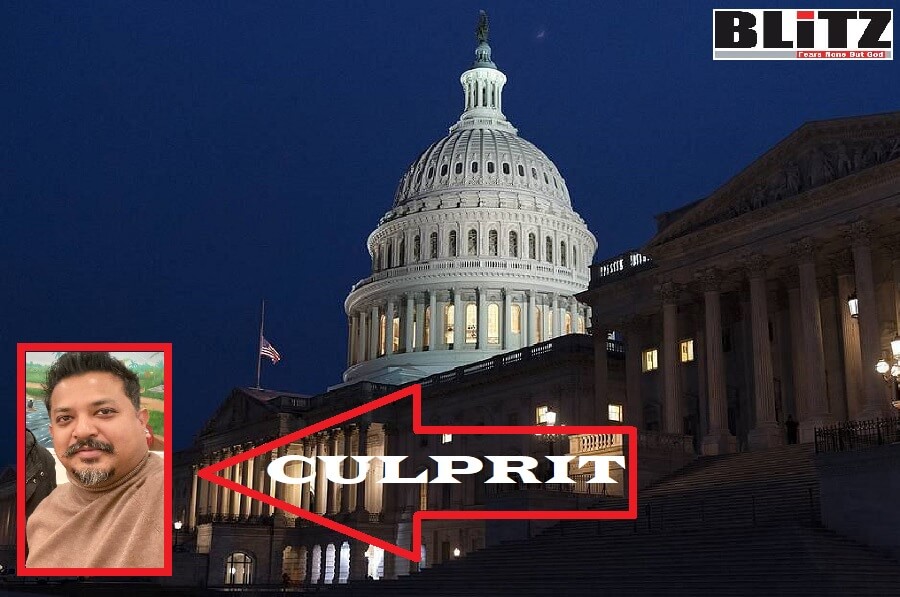 After succeeding in misleading the US government and getting ridiculous sanctions imposed on the Rapid Action Battalion (RAB), few officials of this elite force and the Inspector General of Bangladesh Police, a notorious Islamist nexus of Bangladesh Nationalist Party (BNP) and Jamaat-e-Islami (JeI) has been continuing spreading false propaganda with the agenda of misleading people.

On January 26, 2022, the nexus began circulating a message through various messaging apps stating the United States government has imposed sanctions on nine more individuals from Bangladesh. The message titled ‘US Government put nine more under sanction’ said, “Sources say immigration computers of many countries already show the following Bangladesh officials as being under sanction”, which is followed by some names. When contacted, senior officials at the US State Department told this correspondent that no such additional sanctions have been imposed on any individual from Bangladesh. When asked why the US authorities had imposed sanctions on Rapid Action Battalion, few officials of the elite force and the Inspector General of Bangladesh Police, the State Department official declined to comment on the matter.

It was earlier reported by this newspaper that BNP-Jamaat nexus has been making frantic bids through its lobbyists in putting Bangladesh into trouble. These lobbyist firms have been paid millions of dollars by this pro-Islamist nexus.

Meanwhile Bangladesh Prime Minister Sheikh Hasina told the parliament yesterday that BNP has to explain the source of crore dollars it has given to lobbyists as part of their anti-state conspiracy and tarnish country’s before the world.

“BNP has to answer and explain from where they have got lakhs or crores of dollars to give foreign firms and how the money has been
siphoned off abroad”, she said.

In her around 48 minutes speech, Sheikh Hasina said that crores [one crore is equivalent to ten million] of dollars are being spent behind lobbyists and questioned from where they got the foreign currencies and how did they spend those?

The premier said that the lobbyists have been hired to prevent the trial of war criminals, thwart election, make elections questionable,
protect militants and killers of the Father of the Nation, tarnish the image of Bangladesh and prevent the progress of Bangladesh.

She said that BNP looted public money and siphoned off the money abroad during their five-year regime from 2001-2006 and now they are
engaged in conspiracies and plots against Bangladesh using the money.

Mentioning that Bangladesh is advancing on all fronts, she said: “Those who don’t like the progress, don’t have patriotism, accountability to the people and love for them and plunder public resources, can try to hire lobbyists to destroy Bangladesh and to mislead the people by giving untrue information.

“It has been done not for any good purpose”, she said, adding that the PR firms have been hired by the government for enhancement of the
country’s investment, export and production, and protection of the rights of the country and its workers.

“But, what was the purpose of the BNP?”, she questioned. “The purpose is to destroy Bangladesh and mislead the people by giving untrue
information”, she observed.

The prime minister said she has belief and faith in Bangladeshi people that they would not be misled by the propaganda.

“I have faith and belief in people that they will not be misled by the information. This is my belief”, she said.

She said that Ziaur Rahman started the culture of vote rigging by arranging yes/no vote in 1977 and later presidential election in 1981
to illegally capture the state power, violating the Constitution. Another military dictator HM Ershad did the same thing in 1986
following the footprint of his guru Ziaur Rahman.

The prime minister denounced the issuing of sanction by the USA on some officials of the Rapid Action Battalion (RAB) including its
former chief and incumbent Inspector General of Police (IGP) Dr Benazir Ahmed.

Referring to the success of curbing militancy and terrorism by Bangladesh law enforcement agencies particularly by the RAB, she said,

“I think that America has resentment on those who are success in controlling terrorism, protecting lives and human rights of the
commoners”.

There is no benefit to entrust its responsibilities over the USA as the BNP-Jamaat alliance are responsible for it, adding, “Whom you hold
responsible if insiders are doing harm for the state”.