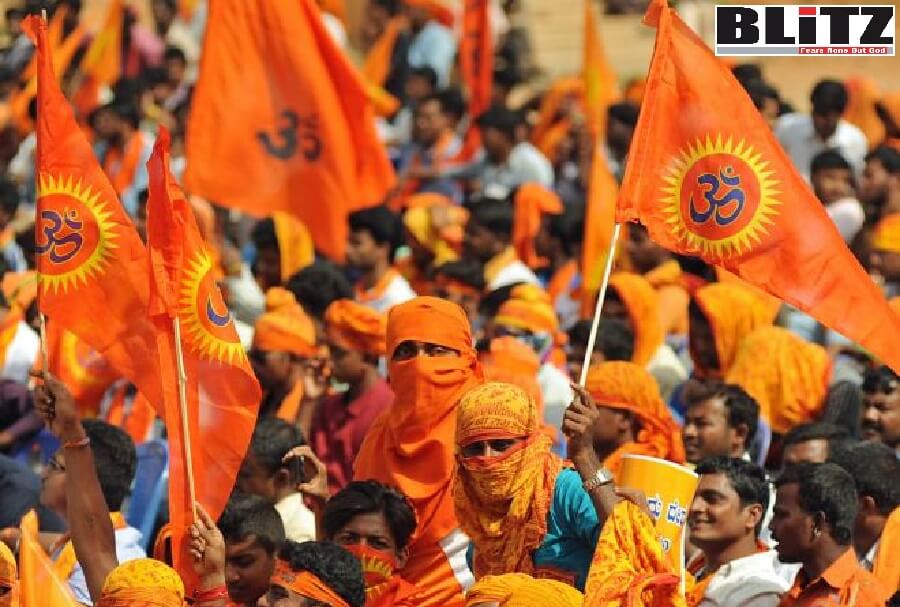 Following an isolated incident at a Durga Puja pandal in Bangladesh, where the government of Sheikh Hasina has already been taking stern action against those who were involved in attack on Hindu deities, Bangladesh chapter leader of Vishva Hindu Parishad (VHP) has generated confusion among the Hindus in India and the world. According to a report published in India’s oldest periodical The Organiser, on October 14, 2021, [Advocate] Advocate Gobinda Chandra [Pramanik] posted on Twitter stating: “Muslims have demolished 9 Durga mandapas and idols in Comilla, Bangladesh. Hundreds of radical Muslims attacked this morning. The attack is still going on”.

Meanwhile, some unscrupulous individuals have been disturbing images and videos of the attacks are doing the rounds on different social media platforms stating “in Islam, idol worshiping is a crime”.

Following Gobinda Chandra’s tweet, the Vishva Hindu Parishad (VHP) demanded that the “Bangladesh government provide security to the Hindu minorities in the country so that they could celebrate festivals peacefully”.

It said, “the Islamists in Bangladesh destroyed many Durga pooja pandals and temples and indulged in massive arson. Two Hindus lost their lives and more than 500 are reportedly injured”.

The VHP general secretary Milind Parande said, “The Bangladesh government should provide security to the Hindu minorities and should immediately control the Islamists. It should also provide monetary compensation to the victims”.

He added the “government of India and the international community should pressurize the Bangladesh government to provide security to the Hindu minorities. He assured the Hindu community in Bangladesh that the VHP will stand by them in their hour of need”.

Meanwhile, a section of Indian media has been spreading rumor stating “in the neighboring Bangladesh, massive Anti-Hindu violence is continuing for the last three days. The Muslim mob has been targeting the Durga pooja pandals all over the country”.

And it is not only Gobinda Chandra Pramanik. According to media reports, another organization named ‘Bangladesh Hindu Unity Council’ posted on Twitter stating: “We cannot publish in a tweet what has happened in the last 24 hours. The Hindus of Bangladesh saw the real faces of some people. We don’t know what will happen in the future. But the Hindus of Bangladesh will never forget Durga Puja in 2021”.

Some of these propagandists are even going further by comparing a secular Bangladesh with radical Islamic Pakistan.

It may be mentioned here that, Gobinda Chandra Pramanik has been a lawyer of convicted fugitive and terror-financier Shahid Uddin Khan for many years.

Prime Minister Sheikh Hasina said the people involved in vandalizing Hindu temples must face exemplary punishment, calling upon all to work in unison and remain vigilant to stop recurrence of such heinous acts.

“We have already taken proper measures (against ransacking of Hindu temples). Those who carry out such incidents will definitely be traced out as we did in the past. Exemplary punishment will be given to them irrespective of their religions so that none can dare to do so in future,” she said.

Terming the incident of vandalizing temples in Comilla “very unfortunate”, Sheikh Hasina said, “Massive investigation is going on into the matter. We’re getting much information (regarding the incident). This is an era of technology and those involved in the incident will definitely be found out using the technology”.

The Prime Minister said the people irrespective of caste, creed and religion in Bangladesh celebrate all festivals together, adding, “Religion is for individuals and festival is for all and we enjoy every festival together”.

But, there are a few cliques who are out to destroy the spirit by staging some communal incidents, she said.

“Some people are religiously blind and they always want to create communal conflicts. These people belong not only to the Muslim community, but also to all other religions. In that case, if we all work together, they can’t commit any harm,” she said.

The Prime Minister said the Comilla incident occurred at a time when the country was progressing towards development at full speed and it was aimed at hampering the journey of the nation’s uplift and creating a problem in the country.

“Those who can’t earn the confidence and trust of the people and have no politics and ideology can commit such incidents,” she added.

Home Minister Asaduzzaman Khan Kamal said law enforcement agencies have already identified most of those offenders in Comilla temple incident and the agencies are quizzing those culprits to this end.

“Law enforcement agencies have already detained some of the suspects in Comilla incident. They are being interrogated. Steps have already been taken against those who are involved violence in some places of the country,” said the home minister while talking to journalists at his secretariat after a meeting with top officials of law enforcement agencies over the incidents.

The home minister said those who are involved in the Comilla incident will never be spared. It is an attempt to thwart communal harmony, which had been prevailing in the country from time immemorial, he added.