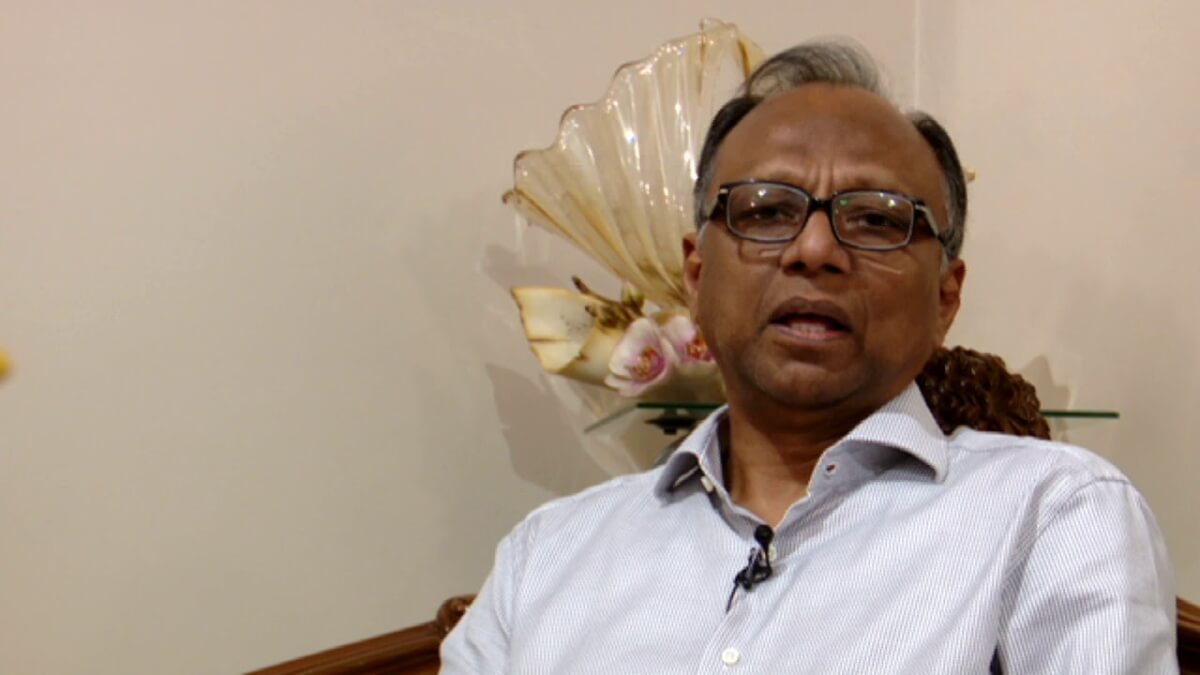 A controversial leader of Bangladesh Nationalist Party (BNP) or more precisely Pakistan’s agent inside one of the largest political parties in the country has recently released a video message similarly as those international terrorist outfits such as Al Qaeda, Islamic State (ISIS) etc. In the 15-minute message, Mahmudur Rahman has given instigation to civil war in Bangladesh. Mahmudur, member of the Advisory Council of BNP is known as one of the front-ranking think tanks of the party. Most importantly, he is accused in a number of criminal cases including the sensational case of plotting to abduct Prime Minister Sheikh Hasina’s son Sajeeb Wazed Joy.

He said, “Bangladesh is now being ruled by India.”

He said, “For past two years, I have been saying, Sheikh Hasina government cannot be removed through any election. The only way to ousting her from power is through mass-movement or mass-revolt. Until we achieve that goal, we cannot oust the government.”

He further said, “I had opinion against participating in any election stating, such participation would grant legitimacy to an illegal government.”

This pro-Pakistan individual who also is known as an agent of Pakistani spy agency Inter Service Intelligence (ISI) is clearly aggrieved on Awami League as it led the war of independence of Bangladesh. In the video message Mahmudur Rahman said, “Awami League, by birth is a fascist organization.”

Mahmudur Rahman termed all the newspapers in Bangladesh as “feet-licking sycophants” of the ruling party.

In his Al Qaeda-type video message, Mahmudur Rahman gave instigation to the younger generation in Bangladesh calling upon them to wage “another war” to “rescue democracy” in Bangladesh. Hinting the war would be causing huge bloodshed, he expressed his willingness of participating in that war.

It is clearly understood from the video message of Mahmudur Rahman – Pakistani Inter Service Intelligence (ISI) is not sitting idle even after the rejection of BNP and Jamaat-e-Islami by the people of Bangladesh. Instead, this notorious and ferocious spy agency is now conspiring of waging a full-fledged war against Awami League and Bangladesh, with the ulterior agenda of setting its own puppet government in power. As usual, Mahmudur Rahman has served the purpose of Pakistan’s lapdog in this message.

Dr. Kamal Hossain has been a harsh critic of war criminals and militancy-linked Jamaat-e-Islami (JI) and told the media, should he know BNP would nominate JI men; he would not form any coalition with it. Such anti-Jamaat remark of Dr. Kamal Hossain turned Pakistan, Jamaat-e-Islami and their cohorts terribly annoyed. Since Mahmudur Rahman is a lapdog of both Pakistan and Jamaat, he went on offensives on Dr. Hossain as part of his loyalty towards Pakistan, ISI and Jamaat.

According to credible sources, Mahmudur currently is living in Malaysia. He and his wife have invested huge sum of money in various business enterprises in Malaysia.

Mahmudur Rahman, hailing from greater Barishal district spent his early age at his mother’s ancestral house in Dhaka. Later, he took financial help from industrialist Harunur Rashid Khan Monno and went to Japan for a diploma in bone ceramic. On his return to Bangladesh, instead of joining his father-in-law’s business ventures, Mahmudur Rahman joined another business conglomerate. While working in this conglomerate, Mahmudur Rahman caught the attention of Salauddin Quader Chowdhury and was ultimately connected with Pakistani ISI. During every weekend, Mahmudur was meeting ISI’s Dhaka operative in city’s diplomatic area for the orientation course. On completion of his orientation course, Mahmudur Rahman was taken to BNP chief Khaleda Zia by the then Pakistani High Commissioner. As Khaleda Zia and her party consider Pakistan as their only dependable ally, Mahmudur Rahman was instantly made the chairman of the Board of Investment (BoI). That was the beginning of Mahmudur’s influence in the party and within very short span of time; he emerged as one of the most trusted members within Khaleda Zia’s inner circle.

Ever since returning from Japan, Mahmudur Rahman not only had betrayed with his father-in-law but also was misbehaving with him. Following the death of Harunur Rashid Khan Monno, Mahmudur’s wife got ownership over Monno’s properties and industrial projects. At the same time, Mahmudur Rahman also managed his in-laws in letting him use the secret fund of Harunur Rashid Khan Monno in various offshore accounts. Subsequently, a large sum of money was transferred into Malaysia.

Commenting on the video message of Mahmudur Rahman, political critics in Dhaka said this is clearly a serious offense under the existing law of Bangladesh. Moreover, it clearly proves, pro-Pakistan bloc in Bangladesh are now engaged into fresh conspiracy with the ulterior motive of ousting the democratically elected government of Sheikh Hasina in Bangladesh.

They said, the government needs to immediately take stern action against Mahmudur Rahman and his cohorts and investigative the source of this Al Qaeda-type video message.

It is learnt from sources in the security agencies, Pakistani ISI and Jamaat-e-Islami want to oust pro-liberation forces from Bangladesh Nationalist Party and turn it into a political force to serve Pakistan’s interest. It is further learnt, BNP may very soon be hijacked by Jamaat-e-Islami and Pakistan nexus.

Mahmudur Rahman is known for his intimacy with various pro-Caliphate and jihadist groups in Bangladesh, including Hefazat-e-Islam (HeI), Jamaatul Mujahedin Bangladesh (JMB) and Arakan Rohingya Salvation Army (ARSA). There is possibility of Mahmudur Rahman trying to stage an Iran-prototype “Islamic revolution” in Bangladesh.

Sitting in Malaysia, Mahmudur Rahman has been contacting ULFA kingpin Paresh Baruah as well as several top militants in Jammu and Kashmir. He also has been communicating with some top brasses of the so-called Khalistan Movement with the ulterior motive of staging series of terrorist attacks in India. It may be mentioned here that, Mahmudur Rahman has deeper links with several militancy groups such as Lashkar-e-Toiba.

In the video clip, Mahmudur Rahman claimed that the ruling party had massacred the country prior to the December 30, 2018 election. He said, most of the people killed in pre-poll violence were members or supporters of Awami League. Rahman further claimed that, Awami League has always been intolerant towards anyone who follows a different ideology. In the later part of the message, contradicting his own statement, Mahmudur asks all Bangladeshis to study the Islamic history of Bangladesh and encourages everyone to abandon 19th century’s history because that was a “Hindu renaissance” era. His façade of a liberal and democratic person was exposed when he incited everyone to start an Islamic revolution (against the ruling party), which he claims is their “Imaani” duty (divine obligation)”. The motive behind his instigation is not “reestablishing” democracy, but his goal is to start a gory religious war thus establishing Caliphate or Sharia rule in Bangladesh.

It is surprising that Malaysia, one of the best friends of Bangladesh has been allowing individuals like Mahmudur Rahman in continuing such dangerous activities against Bangladesh. As Mahmudur is calling for establishment of Caliphate or Sharia rule, it is can be said that people like him are using Malaysian soil against Bangladesh as well as in jihadist activities.

Bangladesh authorities need to immediately bring charges against Mahmudur Rahman under the appropriate provisions of the Penal Code. All of his properties should be immediately confiscated by the State while his Bangladeshi citizenship should be revoked.