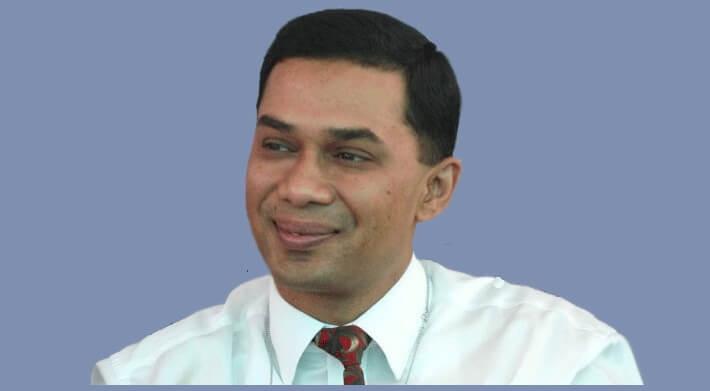 Prime Minister Sheikh Hasina is already tired of a so-called opposition like Jatiyo Party and wanted a strong opposition in the parliament. She even was ready to sit in the opposition bench if Bangladesh Nationalist Party (BNP) would win majority during December 30 general election. But, for BNP, the spoiler was none but its acting chairman Tarique Rahman. Sitting in London, Tarique was operating his own syndicate in negotiating with the nomination-seekers. It was like throwing money in the gambling table because – all of those nomination aspirants were confidently considering BNP as the next party-in-power.

Sheikh Hasina has clearly hinted the nomination trade by BNP’s defecto-boss Tarique Rahman, as she said, “For democracy, a strong opposition is needed. That’s why we wanted that there would be a good opposition, but the possibility to become such an opposition lessens when a party indulges in nomination trade.”

The Prime Minister said this while delivering her speech when a cross-section of people, including Bankers Association of Bangladesh (BAB) and FBCCI, greeted her at her official residence Ganobhaban by presenting bouquets to her for her party’s landslide victory in Sunday’s parliamentary elections.

She said it was very much regrettable that the attitude of the opposition was peculiar. “The way they gave their nominations was not for participating in the election. They just did business in the name of giving nominations,” she said.

Sheikh Hasina mentioned that a person came to the Bangladesh mission in Dubai to submit his nomination paper when the mission officials informed him that he had to submit it to the respective returning officer or through online which made him angry.

“The person told the mission officials that he gave so much money in London that they told him he could be able to submit his nomination paper even from Dubai. This is just an incident. There’re more incidents like this,” she said.

About BNP’s nominations to more than one person in most of the seats, the Prime Minister posed a question, “For what did they give more than nomination in one seat? What type of election will they do who can do this type of incident?”

During BNP-Jamaat’s rule in 2001-2006, Tarique Rahman had emerged as a godfather of corruption, nepotism and all forms of financial crimes. He and his top aide Giasuddin al Mamun had smuggled-out hundreds of millions of dollars from Bangladesh. They had also been active in grabbing land and properties and even had got ownership of hundreds of acres of government lands transferred in their names. Tarique and Mamun jointly own huge land properties within Dhaka division. In Gazipur district alone they have hundreds of acres of lands.

Tarique Rahman went into exile in 2008 after being released from prison on parole. Since then he has been living in London with his wife and only daughter. In 2010, Tarique and his family members have surrendered their Bangladeshi passport and got political asylum. Sitting in London, he is running party affairs mostly through video conferences. Although broadcasting or publishing any of his statements is illegal in Bangladesh following a court verdict, this controversial man continues to release his “messages” via YouTube and Facebook copying the Al Qaeda communication method.

Commenting on Tarique Rahman, a senior leader of BNP said, “He is solely responsible for the tragic fate of the party. He even ignored the fact of his mother serving rigorous imprisonment since February 2018 and became mad about making money by selling nominations. Tarique’s greed has no limit. He is not only a great liability to the party, but it goes beyond dignity of a person remaining associated with a party like BNP, which is under Tarique Rahman’s exclusive command. People learn from their miseries, but it seems, this man has learnt nothing from the past. Instead, he remains the same Tarique Rahman, who always looks for making money by any means.”

As there is no real hope for Khaleda Zia getting released from the prison in next 4-5 years, what would be the ultimate fate of BNP? Will this party go into extinction? Possibly not! Because, there already is growing anger inside BNP and most possibly there would be a revolt by some dedicated members of the party soon. BNP will be liberated from the grips of the family dynasty and transformed into a truly democratic party. That is what most of the BNP men are now believing.