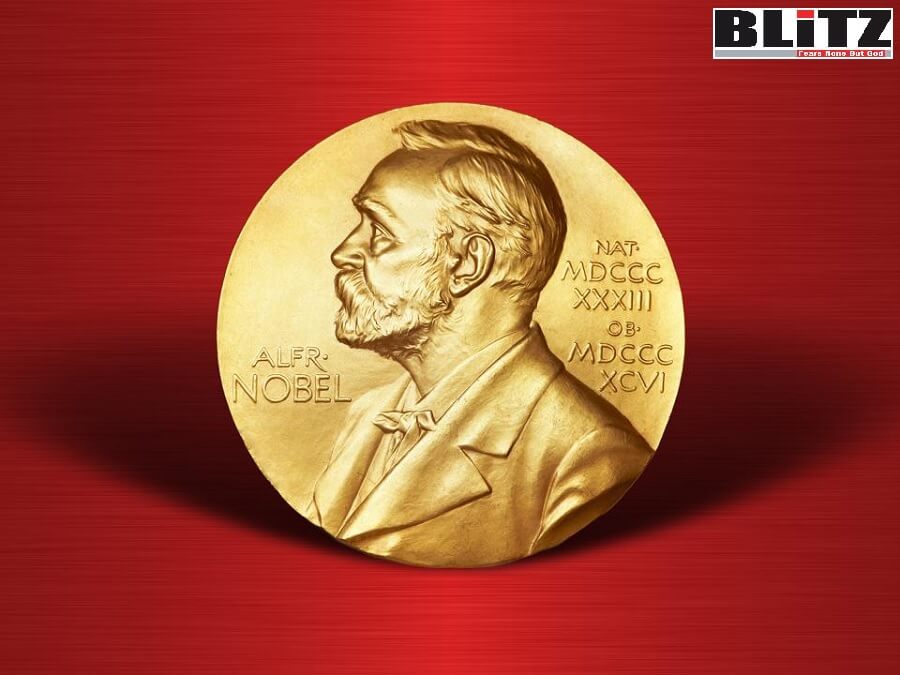 When the mystery of pro-Islamist Bangladesh Nationalist Party (BNP) leader Khaleda Zia’s scandalous ‘Mother of Democracy’ prize has been exposed by this newspaper, we have received credible information on BNP’s desperate bids in getting the Nobel Peace Prize for Mrs. Zia in October this year. It may be mentioned here that, Khaleda Zia has been serving rigorous imprisonment for stealing fund of an orphanage trust as well corruption.

Exposing the scandalous ‘Mother of Democracy’ prize, Blitz in its report said:

Canadian Human Rights International Organization (CHRIO) has conferred pro-Islamist Bangladesh Nationalist Party (BNP) leader Khaleda Zia with ‘Mother of Democracy’ award for her “outstanding contributions to democracy”. A section of Bangladeshi media claims this award has also been endorsed by the Canadian High Commission in Dhaka. Despite such media buzz in Bangladesh, there is no such announcement about conferring this award to Khaleda Zia on the website of CHRIO. The ‘Awards’ page of the same website also does not say anything about this. No foreign or even Canadian newspaper or media have published this news, proving the entire episode is dubious enough. It is not clear as to how the Canadian High Commission in Dhaka has “endorsed” an award or if at all the high commission has endorsed it. Hopefully Canadian High Commission in Dhaka will issue a statement in this regard.

What is the mystery behind? In my opinion, this award titled ‘Mother of Democracy’ has actually been bought by Bangladesh Nationalist Party by giving donations to CHRIO and that might be the only reason behind no information of this award on the website of this organization. 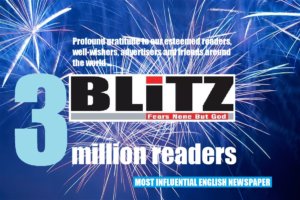 Canadian-Hispanic Mario Guilombo is the co-chair and co-founder of CHRIO.

According to its website, Canadian Human Rights International Organization (CHRIO), is located at Jane & Finch, 1725 Finch Avenue West Toronto Ontario, M3N 1M6 Canada. The Jane and Finch community is a high density, multicultural and low-income neighborhood. It is made up of single-family detached and semi-detached houses, along with several high-rise apartment buildings.

Process of nomination and selection

According to the statutes of the Nobel Foundation, a nomination is considered valid if it is submitted by a person who falls within one of the following categories:

Members of national assemblies and national governments (cabinet members/ministers) of sovereign states as well as current heads of states,

Members of The International Court of Justice in The Hague and The Permanent Court of Arbitration in The Hague,

Members of the international board of the Women’s International League for Peace and Freedom,

Persons who have been awarded the Nobel Peace Prize,

Members of the main board of directors or its equivalent of organizations that have been awarded the Nobel Peace Prize,

According to website of the Nobel Peace Prize, “Each year, thousands of members of academies, university professors, scientists, previous Nobel Prize laureates and members of parliamentary assemblies and others, are asked to submit candidates for the Nobel Prizes for the coming year. These nominators are chosen in such a way that as many countries and universities as possible are represented over time.

“After receiving all nominations, the Nobel Committees of the four prize awarding institutions are responsible for the selection of the candidates”.

The website in its ‘Who selects Nobel Prize laureates said:

A nomination for the Nobel Peace Prize may be submitted by any person who meets the nomination criteria. A letter of invitation to submit is not required. The names of the nominees and other information about the nominations cannot be revealed until 50 years later.

There are 329 candidates for the Nobel Peace Prize for 2021 out of which 234 are individuals and 95 are organizations. The recipients will receive the prize in October 2022.

329 candidates are slightly more than last year (317) and the third highest number of candidates ever. The current record of 376 candidates was reached in 2016.

Neither the names of nominators nor of nominees for the Nobel Peace Prize may be divulged until 50 years have elapsed.

The Norwegian Nobel Committee is responsible for the selection of eligible candidates and the choice of the Nobel Peace Prize laureates. The Committee is composed of five members appointed by the Storting (Norwegian parliament). The Nobel Peace Prize is awarded in Oslo, Norway, not in Stockholm, Sweden, where the Nobel Prizes in Physics, Chemistry, Physiology or Medicine, Literature and the prize in economic sciences are awarded.

According to information, Bangladesh Nationalist Party has created a fund equivalent to US$ 6.5 million, which would be spent towards lobbyists and individuals with the target of getting Nobel Peace Prize for Khaleda Zia in 2022. This pro-Islamist party is also pursuing for getting prestigious Seoul Peace Prize for its leader. This prize is given by The Seoul Peace Prize Cultural Foundation. According to the organization, the Prize is awarded to  individual(s) or institution(s) that have significantly contributed to world peace and harmony in any field of human endeavors, regardless of nationality, race, religion or ideology.

The nominators of the Seoul Peace Prize shall fall under the following categories. In case the nominator is a group, the nomination shall be made by the representative of the group or by an entrusted individual of that group.

Winners of the Prize,

Universities and press organizations in Korea,

Incumbent and former members of the Committee,

Designated by the Committee at home and abroad.

A senior leader of Bangladesh Nationalist Party, who has earlier served as the Honorary Consul General of the Republic of Korea has been assigned with the responsibility to persuade the matter related to ‘Seoul Peace Prize’ with authorities concerned.

The source further said, Bangladesh Nationalist Party is also lobbying for getting few more international prizes for its leader Khaleda Zia, which include, Amnesty International’s ‘Ambassador of Conscience Award’, which is known as the most prestigious human rights award in the world. According to information, Amnesty International celebrates individuals and groups who have furthered the cause of human rights by showing exceptional courage standing up to injustice and who have used their talents to inspire others. It also aims to generate debate, encourage public and raise awareness of inspirational stories and human rights issues. Since 2016, award ceremonies have been organized by the Art of Amnesty program of the Amnesty International.

The Award was inspired by a poem written by Seamus Heaney for Amnesty International in 1985. The poem, “From the Republic of Conscience” ends with the lines: “Their embassies he said, were everywhere but operated independently and no ambassador would ever be relieved”.