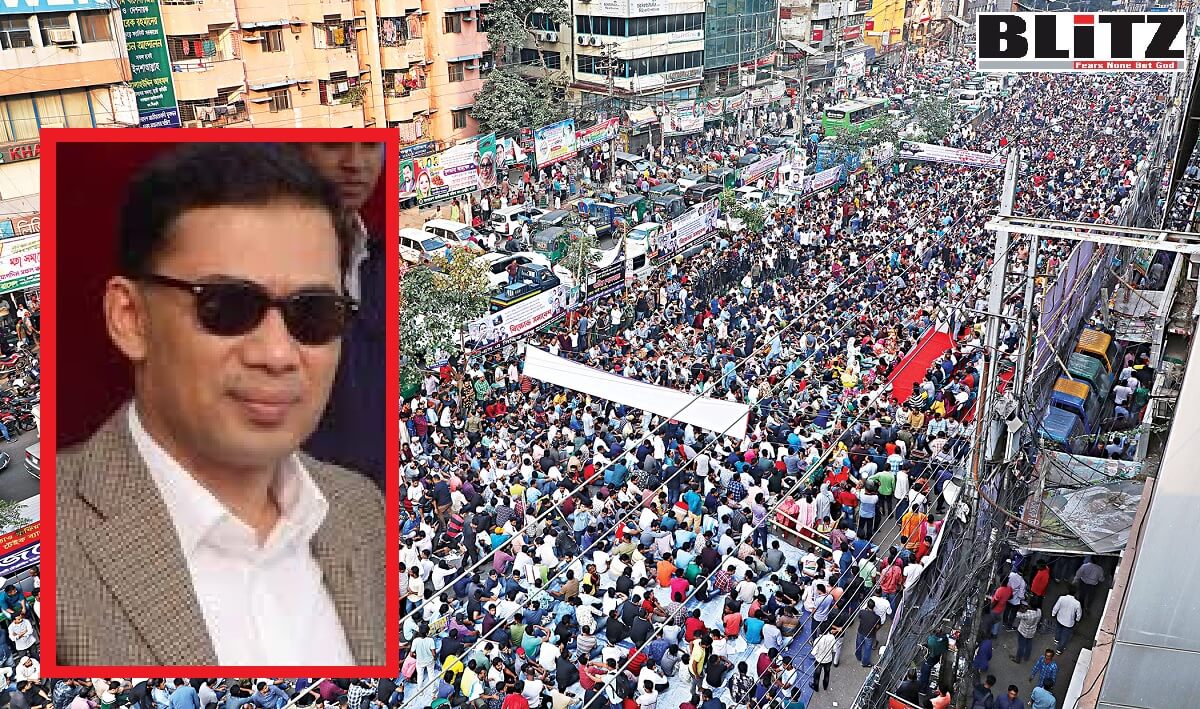 Bangladesh Nationalist Party (BNP) is taking massive preparations centering its December 10 “grand rally” in Dhaka. Meanwhile, key policymakers of the party are being asked by its acting chairman Tarique Rahman to “stay rigid” about the location of this program, which BNP wants to hold in front of its office in Naya Paltan area in Dhaka city. Meanwhile a credible source has provided detail plots of BNP for its December 10 rally. According to the source:

2 From the night of December 9, these individuals will start getting out of their hideouts and start joining others in front of BNP office,

3 Ex-government officers, including army and police officers holding hand mike will start gathering near the Jatiya Press Club and Bangladesh Secretariat and later will start giving anti-government statements from a makeshift stage made with four rikshaw vans. Later they will lay seize in front of the secretariat compound,

4 BNP men will start LIVE broadcast of the entire event from various locations through Facebook. A large number of anti-Bangladesh YouTube channels will also start LIVE coverage, for which they already are making necessary technical arrangements by placing cameras under the guise of CCTV,

5 Food and water for the participants will be prepared inside residential apartments and offices within the area, which will start reaching the venue from the later hours of December 9,

6 According to BNP’s estimation, at least 30-40 thousand people can hide inside residential apartments and office spaces within the area,

7 In order to deceive eyes of the law enforcement agencies, BNP also is planning to mobilize its activists and workers to join the venue through covered vans and dead body carrying vehicles,

8 Members of the cultural front of BNP will start arriving at the meeting venue from the late hours of December 9, 2022. Party’s cultural front leaders are already instructed to gather activists especially within audio recording studios within the area,

9 Molotov cocktails, explosives and weapons will be secretly transported within residential apartments and commercial establishments within the afore-mentioned areas from December 4. Bangladesh Nationalist Party’s youth and student front leaders are already instructed to use these if the party is forced to end its program before sun set on December 10,

10 A number of BNP leaders including Aman Ullah Aman have already instructed their party members to get preparations for “embracing martyrdom” on December 10,

11 BNP leader Khaleda Zia, who currently is living in her Gulshan residence will come out of the house during noon time of December 10 and start proceedings towards the venue of the rally. As Khaleda Zia is physically incapable of joining it on foot, she will use wheelchair, while will be accompanied by at least 10-15 people from her residence. This also will be aired LIVE on social media platforms, including YouTube. According to the source, Khaleda Zia is going to release a video message, if she is intercepted from joining the rally and this video will be played at the venue during the rally,

12 BNP’s acting chairman Tarique Rahman is also going to send a video message. In this message, Tarique Rahman will tell his party leaders and activists that he will return to Bangladesh “shortly”,

14 BNP “high-command” reportedly has been assured by their lobbyists in the US that fresher sanctions will be imposed on several individuals on December 10, which BNP wants to use as a key tool.

The source further said, a large number of its top-positioned leaders are pessimistic of any “expected outcome” from the December 10 “grand rally” as they fear law enforcement agencies will intervene if the party tries to move ahead with a sit-in plot and resorts to “extremist methods” such as arson attacks, explosions and armed conflict.  It further said, BNP leaders are in “doubt” about “toppling-down” the government through “flexing muscle”.

It also said, BNP policymakers are nervous thinking if their December 10 deadline of toppling-down the government gets foiled, party activists and mass-people will lose confidence in its ultimatums while Western nations may not accept BNP’s hardline approach through acts of violence and terrorism.

The source said, for BNP, after December 10 deadline, the only option will be to sit with the government and negotiate about joining the 2024 general elections. In this case, BNP may demand reform of the Election Commission and holding 2024 general elections in presence of “international observers” and Britain, EU and the United States.