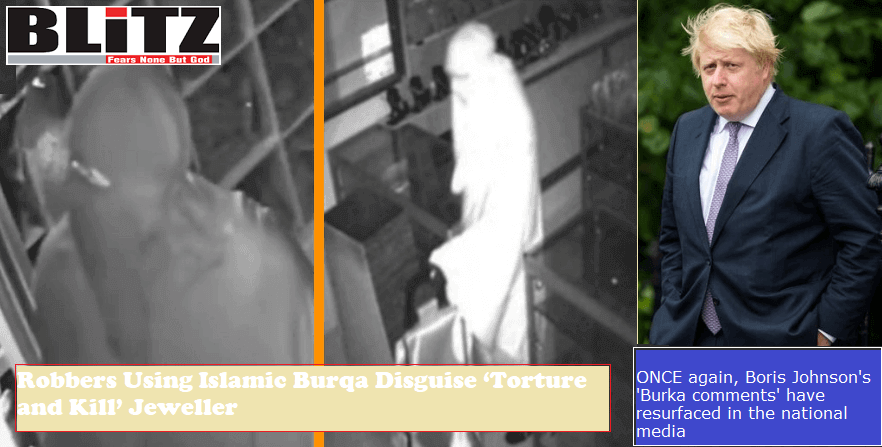 ONCE again, Boris Johnson’s ‘Burka comments’ have resurfaced in the national media, in a clear effort to discredit him from being a valid Tory leadership contender and to further the illogical exploitation of political correctness currently gripping Britain.

The latest furor over Boris Johnson’s comments merely provides yet another dose of the itchy-scalp syndrome among the rapidly declining number of sane-minded citizens left in this green and pleasant land of ours. The only way to ever open constructive debate on important social issues and to finally move on from this backward-thinking age of political correctness and professional offense-taking, is to sheer our wool, perhaps even – as Boris suggests – sit down with a nice cup of tea, and return to asking honest, logical questions of ourselves, similar to the following, before raising our hypocritical pitchforks in illogical indignation and outrage.

If I said to you that a Nun looked like a penguin, would you call me a “racist” or furiously claim that I were promoting hatred against Christians? Of course, you wouldn’t (and good for you!). Yet if I were to then say that a woman wearing a burka (a symbol of sexist medievalist oppression, found NOWHERE in the Koran, often forced upon women by fanatical bigoted men, even here, in a country where such practices should not be tolerated, and an item of restrictive clothing currently being joyfully removed and burned by women in eastern countries recently liberated from the evil grasp of ISIS) just so happens to look like a “letterbox onesie”, many here in Britain – perhaps even you yourself – wouldn’t think twice about passionately branding me a “racist”, about screaming from the hilltops or frantically tapping into a keyboard that I were promoting hatred towards Muslims. Think about that for a moment.

Society – you and I included – has been brainwashed into feeling so adverse to and all-out scared of causing offence, so illogically angered at any criticism of Islam, even when criticism is blatantly warranted, that we are now not only prepared to allow women to experience hatred, sexism, and oppression in the United Kingdom – a country once renowned for its progressive thinking – but would also go as far as to willingly and ignorantly vilify anyone – even good old “Bozza” – who dares speak out against said oppressive practices. Welcome to modern day Britain, my friend: a land of overwhelming confusion; a land where freedom of speech is king (as long as the words spoken fit through the fine sieve of political correctness); and a “great” land where we now inadvertently stand UP for intolerance by truly, naively believing that we stand against it. Still ready to pick up the pitchfork? Or isn’t it about time for a nice cup of tea?