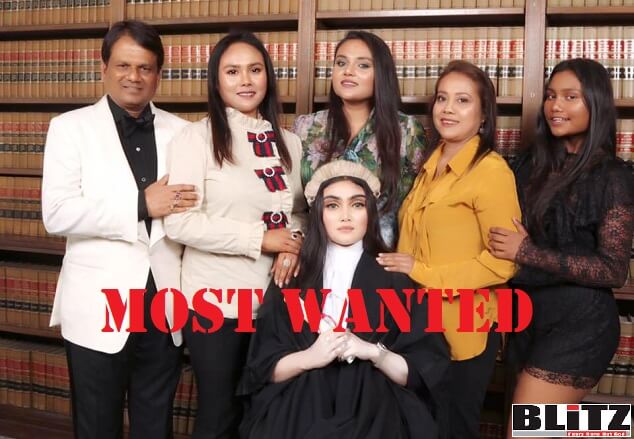 According to newspaper reports, Md. Shahid Uddin Khan and members of his family had smuggled-out millions of dollars from Bangladesh since 2009 and deposited into various bank accounts in United Arab Emirates. This family also has purchased immigrant status in Britain under Visa Tier 1, VAF Number 511702, and invested over 18 million pounds, while the entire amount had been dirty money.

Britain has clearly become a nation accepting corruption money, drugs-money, and now even ‘investment’ from Islamic State or Al Qaeda. According to documentary evidence, during the past 10 years, the United Kingdom has been exhibiting extreme greed in inviting anyone from around the world to invest in Britain and buy ‘Golden Visa’ as investors. Although the entire world is now extremely strict on issues such as money laundering, terror financing etcetera, Britain possibly now stands amongst those worst nations which would never hesitate is letting anyone continue money laundering or terror financing right by buying immigrant status as well as by bribing political parties.

On May 26, 2019, Britain’s largest daily The Sunday Times in a report titled ‘Tory Donor Charged With Arms Dealing And Funding Terrorism’ has exposed a shocking fact stating ruling Tory Party’s donor Md. Shahid Uddin Khan, who faces numerous charges and convictions in Bangladesh has managed to bring in dirty money equivalent to 12 million pounds to the United Kingdom, and British authorities had wholeheartedly welcomed this investment of millions of pounds of dirty money.

According to reports published in Blitz, The Daily Sun, Asian Tribune, Eastern Herald, Afternoon Voice, The World News, News Ghana and many other newspapers around the world, Md. Shahid Uddin Khan and his family are funding Islamic State and other militancy groups while they also are having business relations with Dawood Ibrahim’s D-Company in Dubai (United Arab Emirates).

It may be mentioned here that, Md. Shahid Uddin Khan, his wife Farjana Anjum and daughters Shehtaz Munasi Khan and Parisa Pinaz Khan were recently convicted by Bangladeshi court in a number of cases on allegation of forgery and bank fraud.

Khans may face arrest and interrogation

Sensing legal consequences including years-long imprisonment, Md. Shahid Uddin Khan and his family members are secretly planning to leave Britain for the United Arab Emirates and then go to Sweden or Canada seeking refuge. A Sweden-based ‘journalist’ named Tasneem Khalil, who is on monthly payroll of Khan is working on possible asylum for the Khans.

It may be mentioned here that, Tasneem Khalil fled Bangladesh in 2007 and took asylum in Sweden through false claims of persecution. In Bangladesh, Tasneem was maintaining connections with various militancy groups, including Hizbut Tahrir and was known as Hamas-sympathiser.