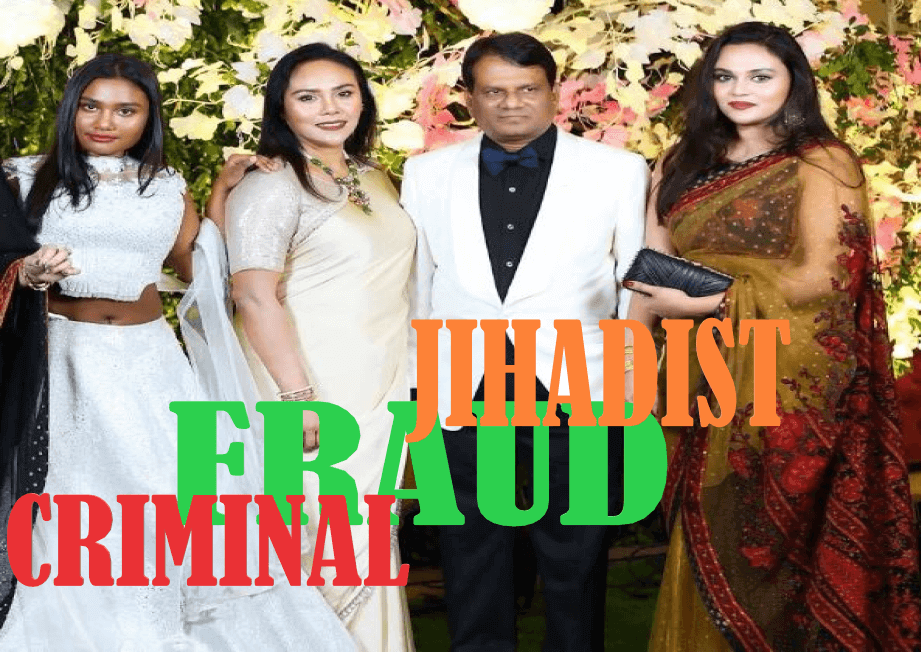 Unfortunately for many years, United Kingdom has become the epicenter of anti-Semitic, radical Islamic and jihadist activities. Most surprisingly, British policymakers and its security agencies such as MI5 and MI6 are now showing any sign of combating such evil forces, while London already is known as the capital of dirty money, which are being laundered into Britain by corrupts, criminals and even jihadist funders.

Although last year, Robert Barrington, Executive Director of Transparency International UK in an article said London has become the money laundering capital, no one yet are putting emphasis on even much crucial issues such as, Britain is being already used by some notorious individuals in promoting jihad. The case of Md. Shahid Uddin Khan and his family clearly prove – militancy outfits like Islamic State are using British soil for spreading jihadist activities in the West as well as in the Asian continent.

Due to failure or intentional ignorance of the issue of huge inflow of black money and dirty money into Britain, London truly is now becoming the epicenter of black money. While we know about Jeremy Corbyn’s or many of his party comrade’s direct affiliation with anti-Semitic forces, very surprisingly, dodging the law enforcing and security agencies of the country, the United Kingdom is currently a safe haven for corrupt individuals looking launder the proceeds of their illicit wealth, enjoy a luxury lifestyle and cleanse their reputations. Surprisingly the UK economy sees trillions of pounds flow through it every single year. Inevitably most of this money is corrupt wealth – stolen public funds and bribes – which are given a seal of approval by passing through the UK.

The latest jihadist attacks in Colombo most definitely showed us the sign of Islamic State’s agenda of targeting South Asian nations, especially those where either Muslims are minorities in the population or where secularist governments are in power. In case of Sri Lanka, the first reason behind rise of jihadism is due to growing conflict between the Muslim and the Sinhalese community. Similar to the large-scale attack in Myanmar, the Islamic State training camp in Sri Lanka has been connected directly to narcoterrorism from Islamic gangs in Bangladesh, supported by jihadists in the Gulf Operation Council. These terror networks are using the money generated from Islamic gangs for purchasing sophisticated weapons, explosives, properties, training and even bribes.

In Rakhine State, Myanmar, the funds for Arakan Rohingya Salvation Army (ARSA) have been coming from the production of Yaba pills, methamphetamines, manufactured there and sold to Islamic gangs inside Bangladesh.

On the other hand, heroin is the main drug in Sri Lanka, exported from the Taliban narcostate in Afghanistan by Islamic gangs in Pakistan linked to the notorious narcoterrorist Dawood Ibrahim, a known resident of Karachi, whose D-Company syndicate also has deep ties throughout India. Bangladeshi nationals have been caught trafficking in Sri Lanka, with the historic heroin seizure in early 2019, where the main suspect was discovered to be operating inside Bangladesh, frequently travelling back and forth between the two countries. In effect, Bangladesh is a key country through which the international distribution of drugs is organized by Islamic gangs to fund terror activities for the Golden Horseshoe Caliphate, further corroborating the theory that Bangladesh will be the political, religious and geographic epicenter of this emerging Caliphate on the Western front, while jihadists in Malaysia and Indonesia are exerting more influence in southern Myanmar, Thailand and countries east of the Malay Peninsula.

Over two hundred innocent people had already died in the April 22 jihadist attacks in Sri Lanka, with few more hundreds critically injured. Still there are potential risks of more attacks in that country. According to News1 correspondent Lahiru Fernando, Sri Lankan Police HQ has issued a press release announcing that Police STF Officers of the Pettah police station have discovered 87 detonators at the Fort Bus Station. The officers discovered 12 detonators around 1 pm today (April 22) on the bus station floor.

Police found another 75 detonators when searching a garbage area in the same location. All detonators have been taken into Police custody and no arrests have been made. Pettah police are conducting further investigations.

The National Thowheeth Jama’ath (NTJ), that is, the National Tawhid Organization. Tawhid is Islam’s absolute monotheism that sees virtually every other religion as idolatrous.

As Al Qaeda has in recent months already gone very much low profile, the involvement of ISIS is very much a possibility. Moreover, we have some very specific information on a Bangladesh-born ISIS funder living in the United Kingdom who has been plotting such cruel conspiracy for some time. This man named Md. Shahid Uddin Khan, along with his wife Farjana Anjum and daughters are not only funding ISIS, but they even are conspiring of unseating democratically elected governments in South Asia, including Bangladesh and establishing Caliphate.

According to my own research on the activities of Md. Shahid Uddin Khan and members of his family are not only laundered millions of pounds in the United Kingdom and continuing jihadist activities, they also are gradually expanding activities by recruiting various individuals in other countries. An Indian newspaper said, M. Sajjad Hussain, a man living in Houston, Texas in the US is one of the top accomplices of ISIS funder Khans family. Sajjad is a self-proclaimed agent of Pakistani espionage agency Inter Service Intelligence (ISI). He has been an active agent of Pakistani spy agency Inter Service Intelligence (ISI) and also was one of the key accomplices of Lt Col (sacked) Md. Shahid Uddin Khan in coordinating with local and international network of Islamic State.

An investigative video report exposing the fraudulent activities of Md. Shahid Uddin Khan, his wife Farjana Anjum and daughters are being released in the social media and video sharing sites. Below is the first part of these videos: