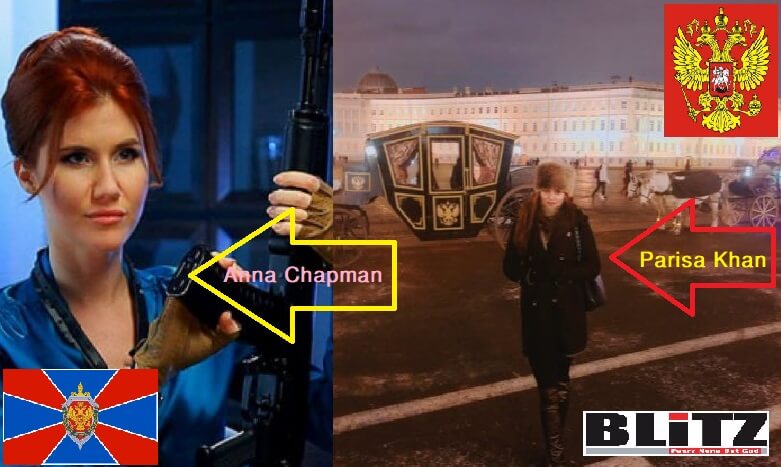 They already have enough of dirty money invested in United Kingdom and United Arab Emirates. In Britain, they are gradually expanding network of radical Islam and jihad taking full advance of UK’s greed of receiving foreign money from anyone – even from drug barons or jihadist kingpins. Taking this advantage, Islamic State (ISIS) has successfully invested in bonds and stock market in Britain as well as investing in properties in London. Unfortunately, most of the Londoners do not know – their next-door-neighbor is a jihadist predator – looking for blood of non-Muslims – aspiring to turn Britain into the next Caliphate.

Exactly in 2009, a man named Md. Shahid Uddin Khan, along with his wife Farjana Anjum and daughters Shehtaz Munasi Khan, Parisa Pinaz Khan and Zumana Fiza Khan had entered United Kingdom with tons of dirty money and had even managed immigrant status under Visa Tier 1, vide VAF No. 511702.

For years, United Kingdom has become the epicenter of anti-Semitism and dirty money. It is already proved; Britain wholeheartedly welcomes dirty money and laundered money from around the world and does not bother if it is narco-money, corruption-money, or even jihadist fund. While United Kingdom boasts of being at the forefront of combating terrorism and militancy, in reality, policymakers in Britain, due to their rogue mindset are already giving space to jihadist forces in spreading network in the country, which would ultimately let Britain become the next Capital of radical Islam and jihad.

Pakistan affiliation of the Khans

Look into the names of the daughters of Md. Shahid Uddin Khan. Do they at all sound like those Bangladeshi females? Not at all! These names are genuinely matching with those of Pakistanis. Shahid Uddin Khan has extreme love for Pakistan and hatred towards India and the Bangladesh. He does not support the war of independence of 1971 and emergence of Bangladesh. But of course, for years, he has smartly hidden this emotion under the mask of showing himself to his neighbors in London as being a patriotic Bengali. But it was nothing but a wolf in sheep’s clothing. Finally, Md. Shahid Uddin Khan and members of his family are showing their real face. His daughter Zumana Fiza Khan not only is romancing with the nephew of a commander of Joish-e-Mohammad, she is actively promoting Pakistan and Pakistanis through her social media accounts.

His second daughter, Parisa Pinaz Khan, who is a committed towards Islamic State (ISIS), has been looking after her father’s business interest with D-Company, a notorious brand operated by Dawood Ibrahim. Sitting in London, Parisa is taking care of their business in Dubai – a business covering drugs, arms and counterfeit currency.

Md. Shahid Uddin Khan has the ambition of becoming a top figure in the jihadist world and capture power in Bangladesh by establishing Caliphate. With this goal, he has been advancing his notorious activities by financing Islamic State as well as other jihadist groups in South Asia. He has contributed large sum of money behind the Easter Sunday jihadist attacks in Sri Lanka.

On the other hand, Parisa Pinaz Khan is even much ferocious than her father. For couple of years, she has been trying to establish connections with the Russian underground – or may be the secret service of the country. Following the Novichok (name of the Russian nerve agent) attack on Sergei Skripal in London, Moscow too is now looking for some people – ambitious like Parisa, who would work for the Federal Security Service. Accordingly, Parisa visited Moscow.

Moscow mission of the ISIS daughter

Any guess who Parisa Pinaz Khan met in Russia? Remember Anna Chapman? Yes, Anna Chapman is the Russian spy arrested in the United States in 2010 by the Federal Bureau of Investigation (FBI). As Moscow wanted return of 10 members of their secret service arrested in the US, there was a counter request from Washington on releasing Sergei Skripal, who was languishing in Russian prison.

Skripal, 66, is a former colonel in Russian military intelligence who was arrested in 2004 in Moscow after it was found he had been working as a double agent for the British.

He was accused of passing on identities of Russia’s spies onto the UK’s Secret Intelligence Service MI6 in return for US$ US100,000.

The information exposed a huge network of Russian military spies working across Europe.

He was charged with “high treason in the form of espionage” and sentenced to 13 years in prison.

At the time of his conviction, military court spokesman Yevgeny Komissarov said “his activities caused a significant blow to Russia’s external security”.

So, attempted murder of Sergei Skripal and his daughter was approved by President Vladimir Putin – eight years after he was deported from Russia in exchange of those 10 Russian spies.

Following its defeat by the Afghan jihadists, Russia has been looking for the best opportunity of giving a befeating response to its humiliating defeat in 1990. Russians are such a nation, who may forget a friend but never the enemy. They would take revenge of any insult – if needed — even after many decades. That’s Russians. As Moscow had been driven out by the Afghan jihadists decades back, just because those jihadists were backed by the United States (during the cold-war era), Russia is ambitious and desperate in expanding its influence on the jihadist forces – be it Muslim rebel groups in Syria, Palestinian mega-terror outfit Hamas, Egyptian Muslim Brotherhood or even ISIS base in United Kingdom.

Connection between Khans and Russia

As ISIS-girl Parisa Pinaz Khan is working as a sex worker in London with the notorious desire of spreading HIV into the non-Muslims as part of her jihadist commitment, she was approached by Natalie, a Russian undercover in London in 2016. Since then Parisa has developed relations with this Russian woman. Gradually, Natalie realized, Parisa not only is having jihadist mindset, but she also has extreme greed for money and power. After some years, a trip was arranged and Parisa Pinaz Khan visited Moscow, where she met a number of people – from the secret service.

It is impossible to know, what Moscow wants from Parisa Pinaz Khan – most definitely a fresh recruit of the secret service.