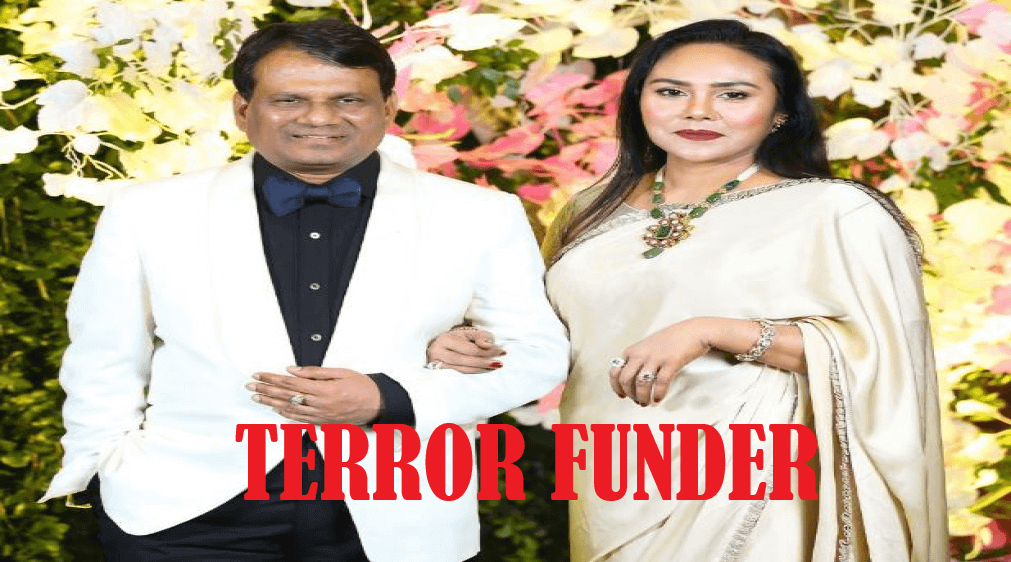 According to international law, no country is allowed to either harbor any terror financier or accept dirty money through illegal channels. United Kingdom though claims to be standing at the forefront of complying with this international law, the Conservative governments of David Cameron and Theresa May have not only violated these laws but are continuing to give shelter to a number of individuals who are financiers of Islamic State (ISIS).

According to media reports, terror network Al Jazeera had all the enthusiasm in giving coverage to a notorious man named Lt Col (sacked) Shahid Uddin Khan (Army No: BA002428, Course: 8-BMA, Commission Date: 10-06-1983), who along with his wife Farzana Anjum and daughters had smuggled out millions of dollars from Bangladesh and invested in various business ventures in United Arab Emirates and United Kingdom.

Shahid Uddin Khan, his wife Farzana Anjum and daughters have obtained immigrant status in Britain under Visa Tier 1, Vide VAF Number 511702. According to the existing immigration rules of the United Kingdom, anyone willing to obtain immigration under the investor’s category are required to invest at least One Million Pound in any business venture. The entire amounts Khans have invested were smuggled out from Bangladesh and the same amount had entered United Kingdom through illegal channel. Names of the daughters of Shahid-Farzana couple are Shehtaz M Khan, Pinas M Khan and Parisa Pinaz Khan.

The entire family reportedly is actively involved into terror financing and have been helping notorious jihadist outfit Islamic State (ISIS) for many years.

Working on secret information, the Counter Terrorism and Transnational Crime (CTTC) unit of Bangladesh Police raided House No. 184, Road No. 2, Baridhara DOHS in Dhaka, Bangladesh on January 17, 2019. This house owned by Col (sacked) Shahid Uddin Khan was used as a warehouse of arms, explosives and propaganda materials of Islamic State (ISIS). During the raid, large volume of weapons, detonator, counterfeit Bangladesh currency notes and jihadist materials of ISIS were recovered by the CTTC unit. Col (sacked) now resides in the United Kingdom along with his wife Farzana Anjum and three daughters. Later Counter Terrorism and Transnational Crime unit of Bangladesh Police on January 17, 2019 has lodged three separate cases against ISIS-funder Colonel (sacked) Shahid Uddin Khan and his accomplices. Those cases are: Cantonment PS, Case no 10, Section-6(2)/7/11/12 of Anti Terrorism Act 2009 (amendment 2013); Cantonment PS,  Case no 11, Section-25-A,  Special Power Act 1974; and Cantonment PS, Case no 12, Section-19-A of Arms Act 1878.

There also are several criminal cases pending against Shahid Uddin Khan, his wife Farzana Anjum and their daughters in Bangladesh. Members of this family are in the ‘Most Wanted’ list of the Bangladeshi law enforcing agencies.

On March 30, 2019, a controversial Bangladeshi reporter of local English daily fled the country and took asylum in Sweden had posted a conversation with Lt Col (sacked) Shahid Uddin Khan on his verified account on Facebook. In this conversation, Khan was accorded full privilege of giving false and deregulatory statements against several individuals, including internationally acclaimed multi-award winning journalist and editor of Blitz, Salah Uddin Shoaib Choudhury. In this conversation, Shahid said, Mr. Choudhury is an extortionist and he is not a journalist.

The matter was immediately reported with the Facebook authorities, while lawyers of Salah Uddin Shoaib Choudhury are considering taking legal actions against Shahid Uddin Khan and his cohorts for committing serious offense under the existing cyber crime law.

Why Britain has accepted illegal money as investment?

For a country like United Kingdom, it is a matter of grave shame that it has accepted investment from Shahid Uddin Khan, Farzana Anjum and their daughters, which had been smuggled-out from Bangladesh and even had entered Britain through illegal channel.

It is also a matter of great curiosity as Britain has been giving shelter to ISIS-funder Shahid Uddin Khan and his family, instead of deporting them without delay.

We are drawing attention of the British policymakers and security agencies to this serious matter.