INTERPOL wanted convicted criminal and terror-funder Shahid Uddin Khan, who has been hiding in the United Kingdom for years has been blocked by a large number of the members of British House of Commons on social media platforms because of his audacious activities.

Meanwhile, London Met Police, which states on its website “Get the latest crime statistics and advice, help us with appeals for information and find out what we’re doing to tackle crime in your area”, has started investigating illegal activities, such as terror-finance and money-laundering of INTERPOL wanted convicted criminal Shahid Uddin Khan and members of his family.

London Met Police that works round-the-clock for ensuring safety to the Londoners is run under the dynamic leadership of Acting Commissioner Sir Stephen House. With more than 43,000 officers and staff, the Met is the UK’s largest police service and has 25 percent of the total police budget for England and Wales. As such, it requires considered structure and division of disciplines and skills; with the aim of maintaining a finely tuned, cohesive organization.

According to credible source, Shahid Uddin Khan started leaving comments in social media accounts of the members of British House of Commons, including Labour Party leader Sir Kier Starmer, with extremely offensive comments against Bangladesh Prime Minister Sheikh Hasina and several leaders of the Labour Party. This INTERPOL wanted convicted criminal and terror-funder has also been sending emails and letters to various officials in the UK government as well as media outlets with outrageously false allegations against Bangladesh authorities.

Seeking anonymity, a source told this correspondent that a British journalist, who is under monthly payroll of Shahid Uddin Khan has been helping this terror-funder in various ways. Few more anti-Bangladesh individuals such as Taj Hashmi, Zulkarnain Saer Khan, Tasneem Khalil, Kanak Sarwar, Abdur Rab Bhuttow, Mina Rani Farah alias Mina Farah, Mahmudur Rahman and others are also maintaining regular contacts with this criminal, while sitting in Houston, Texas, an individual named M Sajjad Hossain, a long-time accomplice of Shahid Uddin Khan has been maintaining contacts with various individuals in Bangladesh on behalf of this INTERPOL wanted fugitive. 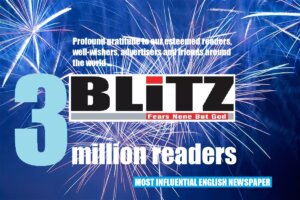 Mohammed Shahid Uddin Khan, 55, of Wimbledon, south-west London, was a former colonel in the Bangladeshi army.

He is facing jail in his homeland after his Dhaka property was raided by counter-terrorism police in January.

According to British paper The Sunday Times, Mr Khan has donated £20,000 (Dh93,395) to the Conservative party and has lived in the UK capital since 2009, when he bought a multimillion-pound “golden visa” to ensure he and his family could stay in the country.

They say they have uncovered 54 bank accounts held by the donor, which provide evidence of money laundering and funding of terrorism.

It may be mentioned here that the South Asian region experiencing geopolitical turmoil has also been hit by the smuggling of narcotics. For decades, drug monies have been used in fueling Islamist extremism and jihad. While Pakistan is one of the major drug trafficking nations in South Asia, its well-worn tactics are to tag disproportionate blame for drug trafficking on Afghanistan, which is mainly involved in the production of heroin. Afghan cocaine, heroin, and captagon producers sell these items to several buyers, including Lebanese Hezbollah and notorious terror don Dawood Ibrahim’s D Company. Through Hezbollah and D Company, Afghan drugs are also reaching the hands of drug cartels in Colombia, Mexico, Panama, Sicily, and other nations such as Indonesia, Thailand, the Philippines and the Middle East. For several years, the Iranian mullah regime has also been funding the drug trade with the evil agenda of generating funds for its global terrorist plots.

What prompted the intelligence agencies to probe the nexus between Dawood and the Bangladeshi sacked army officer was a report published in a leading British daily. On May 25, 2019 British newspaper The Sunday Times, in an exclusive report, revealed that a sacked Colonel Md Shahid Uddin Khan had been charged with funding terror groups, arms dealing and money laundering offences in Bangladesh. According to the British newspaper, the former Colonel has political links in Britain and had funded an MP.