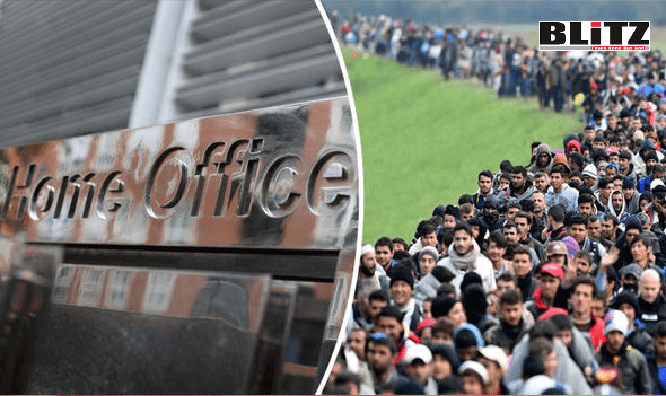 While authorities in Britain finally are feeling the tremendous threats posed by the hundreds and thousands of Islamist jihadists, who are entering the country under the disguise of asylum seekers, radical Islam is rising in most parts of Britain, especially within those Muslim-dominated areas in London and Scotland. Muslims in Britain are aggressively pushing the agenda of enforcing Sharia rule, while many of them even are dreaming of turning the United Kingdom into “another” caliphate.

It may be mentioned here that in February 2015, the notorious Islamic State had boasted that it would soon flood Europe with as many as five hundred thousand Muslim refugees – mostly Islamist jihadists and radical Muslims in disguise.

In September 2015, the Lebanese Education Minister said, there were twenty thousand Islamist jihadists among the refugees in camps in his country.

An Islamic State operative boasted in September 2015 that among the flood of refugees, 4,000 Islamic State jihadis had already entered Europe. On May 10, 2016, Patrick Calvar, the head of France’s DGSI internal intelligence agency, said that the Islamic State was using migrant routes through the Balkans to get jihadis into Europe.

On October 26, 2020, British journalists Chris Hughes and Tom Parry wrote in the Daily Mirror: Special forces are on alert for counter-terror strikes at sea amid fears jihadis could sneak into the UK disguised as asylum seekers on ships.

It comes after the SBS stormed oil tanker Nave Andromeda off the south coast on Sunday to tackle seven violent stowaways.

The Mirror can reveal refugees are ghosting on to boats on inland waterways  – adding to the risk of terrorists traveling to Britain through people-smuggling routes.

A security source said of the Nave Andromeda raid: “Special forces have been practicing for an event like this for many years but lately their training has increased as it is thought to be only a matter of time before there is a more serious taking of a ship, possibly by terrorists.

“The Nave And­­romeda mission was textbook and a huge success but the worry was there was a chance it could have been more sinister than an attempt by illegals.

“From the moment news broke that a ship may have hostile illegals on board it was always going to become an armed counter-terror mission, just in case.

“With limited information coming from the ship at the time the Home Office realized it had to end the stalemate and deploy the SBS to retake the ship.

“It ended well but if they had been armed or carrying explosives it would have been a very ­high-risk operation.”

The Nave Andromeda ­stow-­­­­­­ aways had apparently boarded in Lagos, Nigeria, where a group with links to Islamic State has grown in recent years.

Britons need to immediately rise against the massive arrival of Islamist jihadists and radical Muslims into their country under the disguise of asylum seekers and refugees.