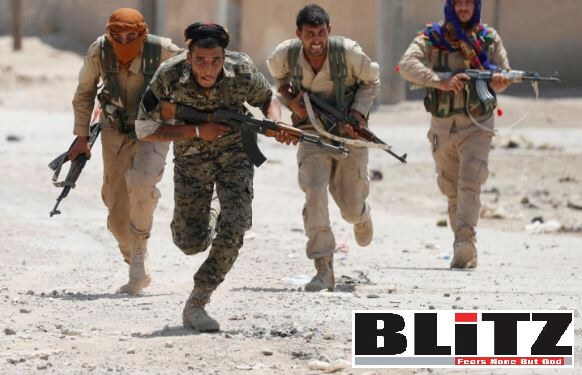 So numerous are the instances of anti-Semitism from the employees of the Council on American-Islamic Relations (CAIR) that it can be tough to keep up at times. But, we’re glad we found this one, because rarely do they provide such amusement.

We’ve covered the outrageous anti-Semitism of Zohra Lasania, lone staff member of CAIR’s Pittsburgh branch, before. Though she was quoted generously in the media condemning the October Pittsburgh shootings at the Tree of Light synagogue, she has used social media to promote and endorse the anti-Semitism of Ken O’Keefe, a prominent Holocaust denier, whom the Southern Poverty Law Center has condemned because of his overt white supremacism.

This time, having seen the shocking news in an online Azerbaijani paper, Lasania wonders if ISIS leader Abu Bakr al Baghdadi is, in fact, a “Jewish Mossad Agent.”

The article she posted claims (without a shred of proof, naturally) that al Baghdadi is actually a Jewish man called Elliot Simon, who “was recruited by the Israeli Mossad and was trained in espionage and psychological warfare against Arab and Islamic societies.”

As a “trained Zionist agent”, the article continues, the plan is to “get into the military and civilian heart of the countries that are declared as a threat to Israel in order to destroy to facilitate thereafter, the takeover by the Zionist state on the entire area of the Middle East in order to establish Greater Israel.”

As we did in response to Lasania’s earlier anti-Jewish posts, we contacted CAIR-Pennsylvania and CAIR-National to ask if it would condemn its own staffer’s open Islamist anti-Semitism in the same way it condemns white supremacist anti-Semitism. CAIR refused to respond.

So, though one might think that Lasania’s repeated spread of anti-Semitic content undercuts the integrity of her claim to stand in solidarity with the Jewish community, CAIR apparently disagrees.

Samantha Rose Mandeles is the coordinator of Islamist Watch, a project of the Middle East Forum. Follow her on Twitter@SRMandeles.