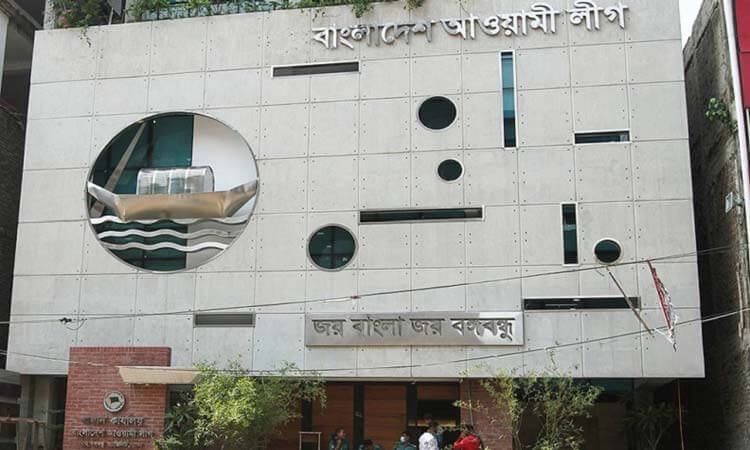 Although people of Bangladesh and its international allies are feeling relaxed at the landslide victory of Awami League in the December 30 general election, series of conspiracies are already continuing at home and abroad against Prime Minister Sheikh Hasina and her government. At the same time, Sheikh Hasina is going to face a number of vital challenges within next 180 days, and she only can overcome these hurdles through proficient diplomatic initiatives as well as sharpening media exposure to get international support and sympathy.

Although until now, the existing issue of 1.1 million Rohingya refugees is seen as the greatest challenge for Prime Minister Sheikh Hasina, there is risk for Bangladesh of facing a much bigger challenge posed by the ruling Bharatiya Janata Party (BJP) most possibly by March this year.

In July 2018, Indian government excluded more than 4 million people from a draft list of citizens in the border state of Assam, mostly Bengali-speaking Muslims who could not produce valid documents. The move created fear among Muslims whose fundamental rights as Indian citizens are under risk they believe.

The state’s National Register of Citizens (NRC) was updated for the first time since 1951 to account for “illegal immigration”. India’s ruling party has been terming those who had been excluded from NRC as “illegal immigrants from Bangladesh”, and are hinting of pushing this huge segment of population to the neighboring nation.

The application process for inclusion in India’s national register started in 2015. Of more than 32 million people who submitted documents to prove their citizenship, the names of 4,007,707 were missing, Sailesh, India’s registrar general and census commissioner, told a televised news briefing in Assam’s main city of Guwahati.

Rights groups and activists say the drive targets Muslims who are Indian citizens, a charge the government denies. They have also criticized the government’s move, saying the deletion of people from citizenship rolls was similar to Myanmar’s removal of rights and protections for its Rohingya community in 1982.

Although Indian authorities said, those who were missing from the list would have a chance to resubmit documents between August 30 and September 28 last year, according to latest information, over four million Bangla-speaking Muslims are still remaining as un-enrolled in the NRC. The state machinery had reportedly created intentional obstacles with the goal of stopping those Indian Muslims from getting enrolled in the updated National Register of Citizens.

According to the Students Islamic Organization of India (SIO-India), these targeted Bangla-speaking Muslims are mostly illiterate, poor and unaware of what is happening regarding citizenship. At the same time, anti-Muslim bias among border police and authorities leads to fatal results for Muslims who were trying to prove their Indian citizenship with documents.

Shamsul Haq and Zesmina Beegam are among hundreds of thousands of Bengali-speaking Muslims who have a “D mark” against their name on the voters list. The couple, categorized as “doubtful voters” three years ago, was sent to a detention camp in Goalpara. Even though they possess the necessary documents to prove their Indian citizenship, they were subjected to an anti-Muslim reaction by the police force in charge of delivering the notice.

Process on the citizens’ register had accelerated under the government of Prime Minister Narendra Modi’s Hindu nationalist Bharatiya Janata Party (BJP). With an eye on the 2019 national election, the BJP’s Hindu-first campaign has become more strident, critics say, playing to its core base with divisive programs such as the citizenship test in Assam, already a tinderbox of ethnic and religious tensions.

Elsewhere in the country’s northern heartland, the lynching of Muslim cattle traders has risen under Modi, in a country where many Hindus consider cows to be sacred, further deepening social divides. The BJP has denied the lynching having any connection with it being in power. Modi has at least twice publicly spoken out against cow vigilantes.

To be recognized as Indian citizens, all residents of Assam had to produce documents proving that they or their families lived in the country before March 24, 1971. However, since the Muslim families residing in the Brahmaputra valley are vulnerable to erosions, they are forced to move in order to work and earn a living. This has created problem with their documents, SIO-India said.

The Muslim community in Assam has been subjected to violations as they are considered foreigners by the Assamese community. Citizenship and illegal migration are volatile issues in tea-growing and oil-rich Assam, home to more than 32 million people, about a third of who are Muslims. In the Nellie massacre in 1983, around 2,000 Muslims were killed in a violent protest by a native Assamese group. Hundreds of thousands of people fled to India from the Muslim-majority Bangladesh after it declared independence from Pakistan in 1971, setting off a nine-month civil war. Most of them settled in Assam and the neighboring state of West Bengal; where there are similar demands to send back illegal Muslim immigrants.

It is well anticipated, once Indian authorities are set to start the process of pushing its Bangla-speaking citizen inside Bangladesh, within the span of just 72 hours through various land and sea routes, Bangladesh may witness a severe refugee influx, which certainly would pose serious challenge to Prime Minister Sheikh Hasina and her government.

Once this crisis emerges, anti-India sentiment inside Bangladesh will reach to the peak which would be greatly unfavorable to ruling party. At the same time, inside Bangladesh, Muslim majorities may wage offensives on the religious minorities, particularly Hindus, thus causing in persecution of Hindus or communal riots or both.

Taking advantage of this odd situation, enemies of Bangladesh, particularly of the ruling Awami League, at home and abroad would become active and may give instigations to anarchism. It may even give instigation and logistic support to local jihadist groups such as Ansar al Islam, Jamaatul Mujahedin Bangladesh, Arakan Rohingya Salvation Army and Bangladeshi supporters of ISIS. With such dangerous instigations, Bangladesh may turn into the next epicenter of jihadism thus paving ways for the anti-jihadist forces in the West in intervening.

Despite the fact that the December 30 general election in Bangladesh were participated by all the major stakeholders and people had the opportunity of casting their votes, there is media propaganda as well as frantic lobbyist efforts internationally with the ulterior motives of making the election result controversial. Political opponents of Awami League, particularly Jamaat e Islami are very active in misguiding the Western policymakers about this election. Jamaat e Islami and its Pakistani counterpart jointly are also using several rights groups and election monitoring bodies against the ruling party in Bangladesh. There are reports in the media about activities of Jamaat-Pakistan nexus in influencing the Western policymakers in exerting pressure on Prime Minister Sheikh Hasina thus compelling her in immediately going for fresh polls sometime by July-August this year. This nexus also is aware of the possibility of India pushing over four million Bangla-speaking Muslims into Bangladesh. As such actions from the Indian side would greatly contribute in giving rise to anti-India sentiment in Bangladesh, the nexus of BNP, Jamaat and Pakistan would give further instigation to the people in waging a violent mass movement against Awami League.

Another conspiracy is already getting rolled centering the readymade garment sector in Bangladesh. This may coincide with any drive initiated by the United States or the European Union or both in imposing punitive taxes on the export of Bangladeshi textile products. There even is an ongoing conspiracy of convincing the US administration in imposing sanctions on Bangladesh. Sitting in the UK, Jamaat e Islami’s leader Barrister Abdur Razzak is coordinating and funding the whole process while Pakistan has been providing significant portion of the fund.