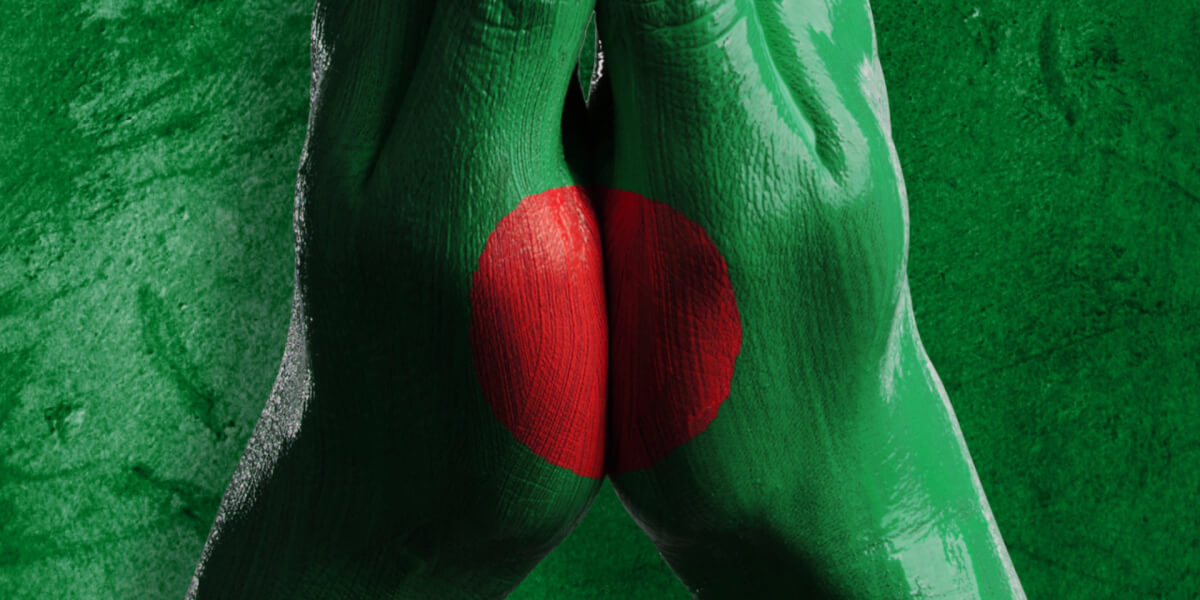 Bangladesh’s ruling Awami League (AL) is known as a pro-Indian party while main opposition Bangladesh Nationalist Party (BNP) is known as pro-Pakistan. The pro-Indian stance of AL is no secret. Even Indian policymakers and media are openly portraying the pro-independence party in Bangladesh as committed pro-Indian. On the other hand, BNP though always hates to be openly shown as a pro-Pakistan party, its special inclination towards Pakistan or more precisely its anti-India sentiment is no secret. But, no one dares raising a valid question – when the country would have pro-Bangladesh political parties in politics and power.

If we carefully look into the formation of BNP by Gen Ziaur Rahman, we shall clearly understand – Gen Zia has established this party to promote anti-Indian sentiment in Bangladesh. He might have considered the popular opinion in the country, where major segment of the population irrespective of its political affiliations are anti-India. Of course, India’s politicians and policymakers are to be main blamed for letting anti-Indian sentiment gradually become stronger in Bangladesh. We know, India has been extremely hostile towards Bangladesh since victory in the war of independence in 1971. Brave people of then East Pakistan revolted against the repressive and master-like attitude of the West Pakistanis. Pakistan had never given equal status to East Pakistan and had considered and treated the Bangalis as their mere slaves. Just twenty years of the creation of Pakistan, East Pakistanis had no option other than waging a war of independence against the Pakistani rule.

On December 5, 2018, Dipanjan Roy Chaudhury, commenting on BNP wrote in Indian newspaper The Economic Times “BNP has always been an anti-India party known for India bashing on all issues ever since its inception. BNP’s anti-India stance which has been one of its core philosophies raised its head soon after the murder of Sheikh Mujibur Rahman which witnessed a roll-back to the Pakistani framework in which India was projected as Bangladesh’s enemy. The country’s first military ruler Gen Ziaur Rahman, BNP’s founder, after taking over power secured support of the Islamic section, particularly the section that had a distinct anti-liberation and pro-Pakistan role during the Liberation War. After his death BNP came to power in 1991 and again in 2001 on the same anti-India plank.”

Here, Dipanjan Roy Chaudhury did not mention a point – Gen Zia was a freedom fighter who had made the proclamation of the independence of Bangladesh on behalf of Sheikh Mujibur Rahman. He has mentioned about “anti-Indian plank” in Bangladesh but did not elaborate the reasons behind Bangladeshi people becoming anti-Indian.

In the above article, Dipanjan Roy Chaudhury has made frantic bids in showing BNP as a weak party and had even projected AL as the winner in the December 30 general election. He wrote, “There are reasons to believe that the leadership crisis in BNP would limit the party’s electoral prospects. Its ally Jamaat is in serious trouble with many of its senior leaders either killed or convicted. Also the Election Commission cancelled its registration.”

Here Mr. Chaudhury either willingly or unwillingly has created a confusion baying claiming, senior Jamaat leaders were “killed” by the Awami League government during party 10 years. This information is totally baseless. People may even raise question about the very intention of Mr. Roy is writing this article.

A similar doubt was created when Fist Post, a news portal owned by India’s Reliance Group published a lengthy interview of controversial photographer Shahidul Alam. The interview titled ‘Shahidul Alam on Bangladesh govt’s crackdown: ‘Where sycophancy is norm, truth is viewed as a sickness‘ needs to be addressed by any of the patriotic and sensible journalists in Bangladesh. This newspaper will carry an article on this matter shortly.

Although Dipanjan Roy Chaudhury sees easy victory for the third consecutive term for the ruling Awami League in Bangladesh, the ground reality is totally different. Awami League possibly is the party that is suffering from internal feuds as well as total dependence of police and civil-military administration instead of facing its political rivals politically. According to several surveys as well as public opinion, Bangladesh Nationalist Party and its National Unity Front will get at least 200 seats in the next parliament. On the other hand, it will be extremely difficult for the ruling Awami League is getting around 70 seats while many of its alliance partners will witness humiliating defeat. AL’s major coalition partner Jatiyo Party headed by military dictator Gen Hussein Muhammad Ershad will struggle in bagging maximum 10 seats. Meaning, for Awami League, a sure defeat in the December 30 general election is almost certain.

Dipanjan Roy Chaudhury must have missed a point or avoided on purpose. In 2014, India had extended total support towards Awami League and played active role in letting AL get a consecutive second term through a controversial election. At that time, Obama administration was struggling with its bankrupt diplomacy and China had extended supports towards AL during the 2014 general election. This has helped Awami League is getting into a second consecutive term without much obstacle.

But this time, things are totally different. China has clearly signaled of not putting its support into a flawed or fake election. United States, more precisely Trump administration is yet to clear its position on Bangladesh’s upcoming election. Even India is feeling shy in extending support towards Awami League. BNP and Jamaat are continuing frantic bids in drawing the attention of the Trump administration towards Bangladesh’s next general election; while the US ambassador in Dhaka has categorically said, America is looking forward seeing a free, fair and transparent election in Bangladesh.

These are no good signal for a pro-Indian – Awami League . Though this is not my main concern – my concern is – if pro-Islamist and anti-Semitic BNP and its political darlings come to power, Bangladesh may turn into another Syria or the next jihadist front.