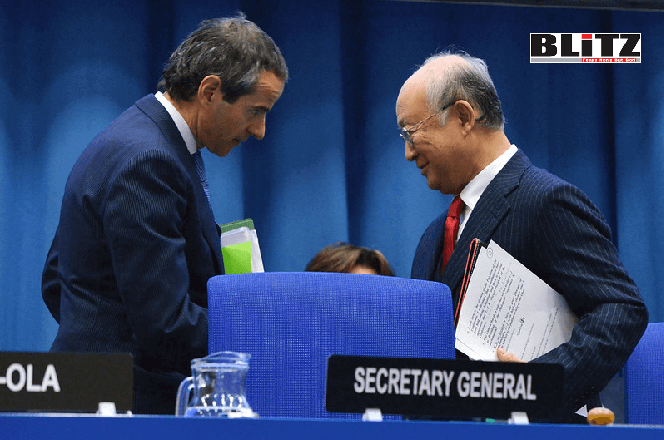 The new DG of the IAEA, Rafael Mariano Grossi, charged upon taking office on December 3 that Iran has not yet provided an explanation for uranium particles found at a Tehran warehouse. He also protested the abusive behavior of the Iranian authorities toward the IAEA inspector at the end of 2019. However, he has not addressed Iran’s violations of the 2015 nuclear agreement, suggesting that he would like to avoid an antagonistic relationship with Tehran.

When the IAEA was established in 1957, its objectives were to ensure the peaceful application of nuclear energy and protect the safety of nuclear facilities and materials. In addition, it was responsible for safeguarding against the advancement of nuclear weapons programs by rogue states. The last of these objectives became the IAEA’s main responsibility.

The challenge facing IAEA leadership vis-à-vis any rogue country is to find a way to monitor its nuclear activities while avoiding the creation of an antagonistic relationship—not an easy task. A prominent example was the strong antagonism between the US-backed IAEA and the Pyongyang regime. North Korea withdrew from the IAEA in 1994 in response to the sanctions imposed on it and in 2009 finally expelled IAEA inspectors from the country. Another notable example was Iraq in the 1990s, which attempted to subvert the IAEA’s efforts to unveil its nuclear weapons program.

The IAEA Director General (DG) is elected by the organization’s Board of Governors (BoG) with the support of at least two-thirds of its members. The BoG has 35 representatives from 171 member states that range from the great powers down to third-world African countries and even Fiji. The choice of DG has much to do with political considerations and the candidates’ country of origin. The fourth IAEA DG, in 1997-2009, was Egyptian diplomat Muhammad Baradei, followed by Japanese diplomat Yukiya Amano, who resigned on July 18 for health reasons and died four days later.

The new DG, Rafael Mariano Grossi of Argentina, took office on December 3 (Cornel Feruta of Romania served as acting DG in the interim). Grossi, who was appointed in 2013 as Argentina’s ambassador to Austria, is a diplomat with 35 years of experience in the fields of non-proliferation and disarmament. According to diplomats serving in Vienna, he was elected due to support he received from the US.

Grossi says the most significant moment of his career was in 1985, when the Argentinian president invited his Brazilian counterpart to visit the Argentine nuclear facility. This confidence-building measure came after many years of tension between the two countries over the race for nuclear arms. According to Grossi, it taught him that “through diplomacy, dedication to peace, and a will to do the right thing we can make things better for everyone.”

Iran’s efforts to develop nuclear weapons via the Natanz uranium enrichment plant, and its plan to build a heavy water reactor for plutonium production, were revealed to the IAEA as long ago as 2002. However, then-DG Baradei was inclined to minimize or dismiss those developments. In IAEA quarterly reports of 2003-06, he referred to Tehran’s evasions about its uranium enrichment project and heavy water reactor plan as “failures” rather than violations of Iran’s commitment to the NPT.

On the other hand, Olli Heinonen, Baradei’s deputy and the hawkish head of the IAEA Safeguards Department, did his utmost to expose the military aspects of the Iranian nuclear program. Yukiya Amano’s conduct toward Iran in the early years of his tenure was also firm, but from 2013 onward—particularly in 2015, when the great powers were anxious that the JCPOA agreement be signed—he was more conciliatory.

Feruta and then Grossi took the helm at a critical moment. They have had to deal with the aftermath of the US withdrawal from the nuclear deal and subsequent imposition of sanctions; contentiousness between Tehran and the EU, which did not cooperate with Iran in the manner it wished to circumvent those sanctions; and a series of Iranian breaches of the JCPOA on uranium enrichment.

As soon as Feruta took up his position as acting DG, he visited Tehran to demand full cooperation in all areas, including “verification and monitoring of the JCPOA agreement.” On October 4, he declared that Iran “is taking a step in the right direction” toward discussing its nuclear program.

However, in November, Iran refused to cooperate in the examining of radioactive material IAEA inspectors had found in a warehouse in a Tehran suburb. According to a recently released IAEA report, that material contained an anthropogenic (man-made) natural uranium particle. To make matters worse, the Tehran authorities behaved with great rudeness toward the IAEA inspector, preventing her entry into the Natanz enrichment plant and even going so far as to cancel her accreditation. The regime’s claim that the inspector triggered the alarm at the Natanz factory gate, raising concerns that she was carrying “suspicious material,” was adamantly dismissed by the IAEA.

On the first day of Grossi’s tenure as DG, he announced that the IAEA is “in conversation” with Iran regarding the uranium traces and that “the matter is not yet closed.” He condemned the Iranians’ offensive treatment of the IAEA inspector: “I stand by my inspectors, and they have a very important job to do; they should not be intimidated…in any way…Countries must not interfere with the work of our inspectors and this is the message we have conveyed to our Iranian colleagues.”

On December 1, Ali Larijani, the Iranian parliament speaker, warned that Tehran “will have to seriously reconsider some of its obligations” to the IAEA “if the European parties to the JCPOA were to trigger a dispute mechanism that could lead to sanctions.” Grossi responded that although the IAEA “paid attention” to such statements, “it doesn’t mean that it affects in a direct manner what we’re doing” and that no direct communication has been received from Iran about it. He added that such reactions are “part of a political discussion between Iran and other countries, not us.”

These remarks suggest that Grossi is not indifferent to Iranian provocations but does not want to trigger a rupture with Tehran. Thus, when asked how long he intends to wait for a plausible explanation for the uranium traces, he replied: “To put deadlines might not be the best idea…This would for me mean that we would be in a very antagonistic relationship.”

As far as is known, Grossi has not yet addressed the main issue on the Iranian nuclear issue: namely, Tehran’s violations over the past year of the uranium enrichment terms of the JCPOA.