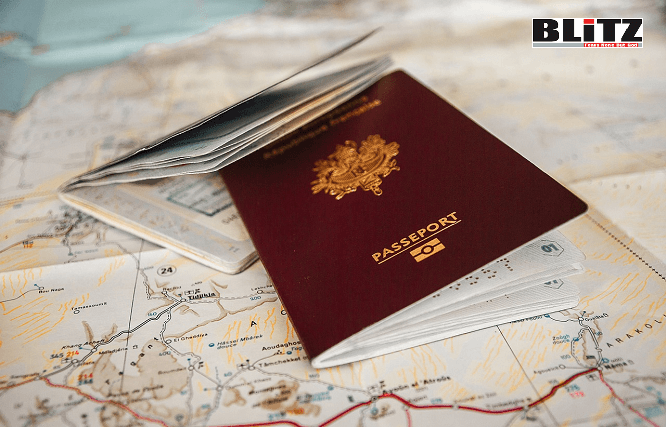 Dominica requires an applicant to either invest in the Economic Diversification Fund (EDF), a Government fund that supports socio-economic initiatives, or purchase Government-approved property under the real estate option, which must be held for a minimum of three years with a minimum investment between US$100,000 and US$200,000.

On the other hand, Malta, Montenegro, Turkey, Austria and Cyprus (which has since been discontinued) offer easier entry into Europe. Jordan in Asia and the tiny islands of Vanuatu in Oceania are also part of countries with the programme.

While Dominica’s Prime Minister Roosevelt Skerrit has been selling citizenship and even diplomatic passports of his country, none of his family members, including himself are willing to stay in the Caribbean island country once Skerrit retires from politics. In fact, Skerrit and his wife are planning to migrate to the US and live there permanently at the luxurious apartment in New York, which he has received as bribe from Deziani Alison-Madueke, former Minister of Petroleum Resources in Nigeria, in exchange for a diplomatic passport of Dominica that Roosevelt Skerrit traded.

Documents indicate that Deziani Alison-Madueke planned and obtained the citizenship of the Commonwealth of Dominican Republic, which subsequently appointed her as a Trade and Investment Commissioner in that country – a diplomatic post. And this appointment was not at all accidental! Instead, the process of appointing Alison-Madueke was completed few days before she left the office of the minister of Nigeria. According to documents, Alison-Madueke was made citizen of Dominica on May 29, 2015 and later by bribing Roosevelt Skerrit she managed the diplomatic position as Trade and Investment Commissioner of Dominica which came into effect on June 1, 2015. Roosevelt Skerrit had earlier confirmed the appointment through a letter dated May 29, 2015. 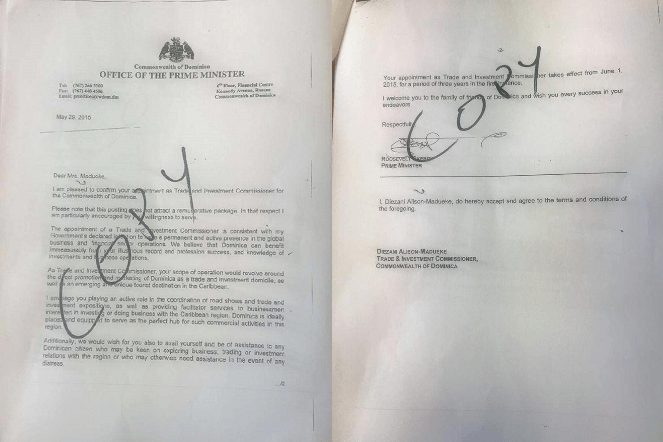 Alison-Madueke received Dominica’s diplomatic passport number DP-0000445 on May 21, 2015 with an expiry date of May 20, 2020. This diplomatic status has held this extremely corrupt and fugitive in staying in Britain thus skipping legal actions in Nigeria.

In the appointment letter issued by the Prime Minister of Dominica, Diezani was assigned the task of “directing promotion and marketing of Dominica as a trade and investment domicile, as well as an emerging and unique tourist destination in the Caribbean”.

Skerrit in his letter said, “I envisage you playing an active role in the coordination of road shows and trade and investment expositions, as well as providing facilitator services to businessmen interested in investing or doing business with the Caribbean region. Dominica is ideally placed and equipped to serve as the perfect hub for such commercial activities in this region”.

Diezani is awaiting trial for sundry allegations of corruption, including fraudulent ownership of 76 properties in Lagos, Abuja and Port Harcourt, valued billions of dollars.

According to media reports, she has managed to obtain British citizenship under the Golden Visa program, by making investments of millions of dollars. Britain is extremely reluctant on money launderers as well as holders of dirty money. During the past several years, hundreds of criminals, corrupt individuals, and even radical Islamic jihad financiers have purchased UK citizenship under the Golden Visa program by illegally shifting millions of dollars.

The case of Boris Becker

In June 2018, Grand Slam winner Boris Becker was defending himself against bankruptcy proceedings in London. Perhaps reminiscing about his 1987 decision to spit at an umpire, Baron Von Slam was once again hocked up an almighty greenie for the faces of authority, this time crying diplomatic immunity in an attempt to avoid declaring himself broke.

But what is diplomatic immunity and how has Becker claimed it?