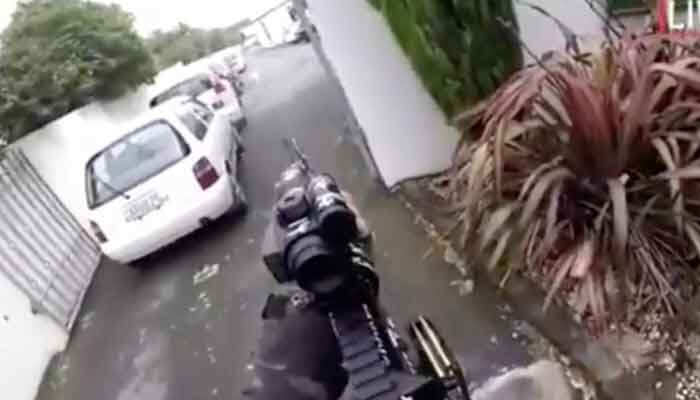 Christchurch’ mosques slaughter and its heinous seeds will last for a long time in our societies, minds and souls. As well as the welcome words to the mosque “Hi brother” will rest in our hearts. Every shoot against 49 brothers and sisters, killed while at pray, sounds like a death’s bell for an already insane and lame project: bent societies under the only lucrative need, to build a citizen almost alike a tamed consumer and leaving them in cultural vertigo and economic swamp. That is the real failure of a whole political elite even if it is “politically incorrect” to state. Is this a case of stupid suprematism initiative? Did change the attitude of a country we consider a little rich paradise, the size of Italy with less of 5 millions of population? If we see for the number of refugee flow in New Zeland, there is no evidence of an emergency like was in Italy after 2014. Only 664 totals in 2018 and from 2014 to 2019 the official data recorded 944 Syrians, 740 from Myanmar, 537 Afghans, the three tops on the list. So what ignite the sociopath reaction? The Gunner delirium quoted supposed “enemies” as Angela Merkel immigrant policy, Erdogan attitude and a “friend” an Italian “Gunner ,” among other killers. We are sure the reason couldn’t explain this kind of “behaving.” What is, if any, the fil rouge that bonds these three issues? There is no. Kanzlierin after 2015, immigrant crisis asked Erdogan to build a buffer zone in Turkey, dotted with camps, as a safety valve for migrants flows from Syria. So both politicians put a stop to refugee Balcan route. About Italian Gunner we will talk later. The point is the influence of what happened in Europe to other world populations: we can call it global perceiving. The fading of intermediation – political – makes very hard to manage the sense of insecurity influencing the transition age we are living.

Political intermediation was the simply way to shape a society, brokering different interests, meddling and smoothing contrasts. A failed global project – that worked properly just during 90ies – almost out of control, put too many urgent issues and requirements in the table of poor  “developed world” leadership. A demo-phobic elite declinate globalism in the worst way, taking for granted the sacrifice of large social layers, and forgetting the real meaning of identity – that cannot be swapped with a makeshift media narrative. We need not only a social safety net but even a cultural safety net, otherwise we will just count other Brenton Tarrant in the future.

Unfortunately, the insane action of the Newzeland’s blue collar/gym trainer and his accomplishes is the horrible, heinous, senseless outcome of a Stranamore’s team social-economic plan that didn’t take into account the psychological liability of a modern society. This is approximately the theory of an Australian politician who brought scandal on media just after the massacre. Is his theory so wrong? Maybe is not.

However, now, we are experiencing the nadir of state politics, the lowest level that “local” politicians reached since two centuries. They are crushed between global turbo-economy – that learned how let citizens pay for their blunders – and supranational institutions; they are almost useless. More fragile sectors of society feel to be alone dealing with everyday problems, hit by uncontrolled, mismanaged refugee and economic migration, local industry migration to cheap labor markets and very complex urban trends. Fragilities turn easily into psychiatric diversion, and we can  find “shooters,” “haters” or other sociopaths. However, the issue lay on society. Ordinary people complain about cultural or economic “aggression” of aliens, real or perceived – it doesn’t make great difference – fueling public discontent; sociopaths instead take a gun. Any community has a limit to the capacity to absorb aliens, to teach them language and rules. It isn’t an easy task for strong societies, could be a suicide for a wake society. Furthermore, the great majority of migrants want integration and like to be a member of their new community, but even a minority of wrong doers can change drastically the perception about a foreign group. We have to remember that active minorities made revolutions, active minorities brought positive changes in society as well as negative minorities could downgrade a society. If more than 10% of a state’s population decide to turn criminal there is no authoritarian regime could manage the problem: it will be the end of peaceful coexistence. Communitarism is the first evidence of this danger.

Some modern countries are not fit to deal with an educational gaps of new comers. Usually, part of migrants are not economically integrated in their own country, and are already a problem as small criminals, when they find advanced society’ rules and laws – perceived as wake ones – they believe it is a green light to do what they want, without the tough police control they got used at home. The political use of such an issue for electoral purposes makes it hard to solve. It is a great blunder both, deny or fuel the problem.

This was the case, one year ago, of “Luca Traini” in Italy – he was quoted in Tarrant’s delirium – he was sociopath “avenger”.  An 18 years-old  girl (Pamela Mastropietro) died (till now we are not sure if she was killed or died from an overdose, because trial is still on the way), then was chopped in pieces by a refugee/immigrant and found in some baggages on the edge of a road. That was a social and communicative short circuit. Ruling politicians and their media supporters badly managed messages and narrative because the monster was a Nigerian drug pusher, without a visa. The word “racism” was used wrongly, and some would be “experts'” talked about “tribal habit” to justify the heinous “butcher ritual,” letting ordinary people think the ruling “caste” was far from day by day reality. Thousands of aliens, in past years, were left in the poor suburbs of the cities without any control or aid, fueling crimes and social degradation. After the case of young Pamela, Traini as would be “avenger” took a gun and shot to suppose “black” pushers, hitting even innocents. The public debate about this case was a Waterloo for an advanced democracy, where there are only culprits and no innocents.

Now, after the new massacre, we are attending at a long row of “right things” to say, small talk, politically-correct  sentences, especially from Western political leaderships and media, cultural and trivial stereotypes. Basically the debate is small talking following mainstream narrative, a communicative format that needs to defend “good” immigration to fuel new capitalist labor requirements. A format that, for other purposes,  worked during cold war, but wasn’t fit for complex global societies. The “good and inevitable”  migration narrative is miserably shipwrecked during the migration crisis of Germany in 2015 and powered populist and sovereigntist waves. Out of numbers that show, there is no reason to “justify” a social warning in New Zeland, we have to understand better how global attitude could be influenced by public events. In last decade, experts spent a plenty of page about the rising of a global stage, without borders, with a free flow of goods and people, but they forget – after the 9/11 shock – to better study about the globalization of feelings and attitudes. Maybe, we are close to experiencing a free flow of uncontrollable fears.