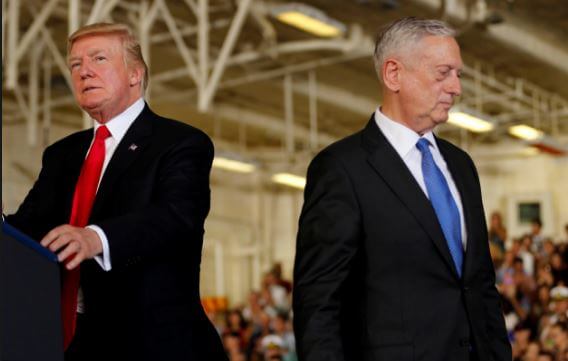 Given the inherent professional tension between heads of state and their ministers of defense, most critically manifested in moments of grave national crisis, it might be preferable for the national leader to hold the defense portfolio as well.

The recent resignations of Israeli Defense Minister Avigdor Lieberman and US Secretary of Defense Jim Mattis shed light on the age-old professional tension between heads of state, who are charged with running a country’s national affairs, and their defense ministers, who are tasked with overseeing national security.

From time immemorial, the successful conduct of wars has been considered the ultimate test of kings and kingdoms. The tribes of Israel, when demanding a monarchy, asked the prophet Samuel for “a king like all other nations, who will lead us to battle and enable us to fight our wars.” It is true that even warlike monarchs, like King David, were assisted by able military commanders. But from the point of view of ordinary people, it was always the monarch to whom they looked for deliverance from wars and their horrendous consequences. This primordial yearning for heroic leadership to save the day in stark moments remains as abiding as ever in the modern nation state.

As long as security affairs run their normal course, entrusting them to an appointed minister does not cause complications. But in times of grave national crisis that require fateful decisions, public hopes and expectations are pinned on the head of state. At such critical junctures, when prime ministers and presidents take matters into their own hands, defense ministers often find themselves steamrolled, their views ignored.

In the US, the issue is less problematic given the president’s position as Commander-in-Chief, operating directly vis-à-vis arena commanders within a well-defined chain of command. But in Israel it is the government, not the prime minister, which is Commander-in-Chief. This not only constrains the PM’s ability to conduct wars but also raises questions about the true role of the minister of defense, who enjoys no superiority over fellow ministers in the war cabinet (or security cabinet, as it is known in Israel). Are ministers of defense guardians of security affairs during routine times alone, only to surrender their powers and responsibilities at critical moments?

To be sure, this dilemma exists even in the well-regulated US system, where at key moments secretaries of defense may find themselves stripped of the influence they would have expected to wield. There have, of course, been influential defense secretaries, such as Robert McNamara and Donald Rumsfeld, who had a huge impact on the Vietnam, Afghanistan, and Iraq wars. But this was due to the deep mutual trust they enjoyed with their respective presidents. The moment these factors weaken and the president sees matters in different light, the secretary’s resignation is often a foregone conclusion.

Aware as they are of this inherent tension, Israeli prime ministers, from David Ben-Gurion and Levi Eshkol to Yitzhak Rabin and Ehud Barak, have preferred to serve concurrently as defense ministers. Indeed, the separation of the two functions can become highly problematic, not only at times of war but also in situations where the prime minister is trying to uphold a strategic outlook on key issues that is best kept undisclosed. Were the PM forced to act in full coordination with a defense minister of a fundamentally different outlook or political agenda, this hidden strategic logic might be exposed, to the detriment of the national interest.

This was probably the dilemma confronting PM Netanyahu when he decided to avoid an all-out confrontation with Hamas in the summer and autumn of 2018 against the view of his seemingly more belligerent minister of defense. Some seventy years ago, at the height of Israel’s War of Independence, PM and defense minister Ben-Gurion found himself in a similar situation when deciding to forego the capture of East Jerusalem. In such circumstances, it is preferable for the national leader to serve concurrently as minister of defense.