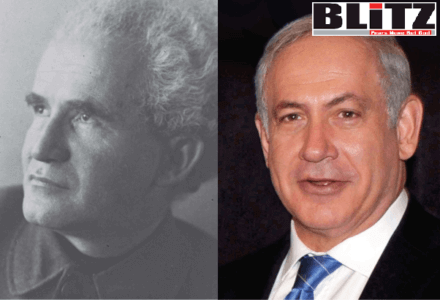 In a recent landmark, Benjamin Netanyahu became Israel’s longest-serving prime minister, surpassing the tenure of David Ben-Gurion. A comparison of the two PMs’ leadership reveals points of both similarity and difference. Both leaders, even in the views of their opponents, left a major impact on the country and the society.

Let us begin with a basic assumption: comparing the figure of any leader, however successful, with that of a “founding father” inevitably puts that leader at a disadvantage. Founding fathers of Ben-Gurion’s ilk – such as George Washington, Kamal Atatürk, or Mao Zedong – are generally given a kind of immunity by biographers and other agents of memory, and harsh criticisms are rare.

Because Netanyahu is still serving as PM and presumably will continue to do so, only a limited perspective can be offered.

The most obvious point of similarity between the two leaders is an almost total devotion to Israel’s security. While the security of the country has been a key factor for all the PMs in Israel’s history, for these two leaders, existential security was the ultimate consideration.

And in the same context: the nuclear issue. Ben-Gurion began to deal with the nuclear option as soon as he decided to establish the state. His realization that, in such a hostile environment, Israel could not remain viable over time without the ultimate deterrent became a fundamental plank of the country’s national-security concept.

During Netanyahu’s tenure as PM, Israel’s nuclear status in the unstable Middle East returned to the top of the pyramid of the country’s security considerations.

Both leaders were prepared to confront the US president on this issue. Both men saw a link between the nuclear threat and the Holocaust, a view that perhaps figured most prominently for Menachem Begin.

In the domestic arena as well, there are points of similarity. Netanyahu was not the first to harshly berate opposition parties and attack them frequently; nor was he the first to hinder the development of future leadership within his own party. Ben-Gurion anticipated him in this regard (as in his motto “without Herut and Maki,” his tensions with Mapam, and his volatile relationships with Sharett, Lavon, and Eshkol).

There are, however, clear points of difference between the two leaders as well.

One of the most familiar is Ben-Gurion’s fear of the “Napoleonchik” phenomenon. In new societies, particularly after a revolution, generals have been known to take control of the political system. That was why Ben-Gurion, a leader who was not young and lacked military knowledge, immersed himself in the study of military theory and took upon himself the role of defense minister. To the IDF’s credit, his fear proved baseless. By the time Netanyahu assumed the post of defense minister, the security elite had in fact become the moderating factor in Israel’s defense policy.

Ben-Gurion arrived at the prime ministerial post from a long journey of public leadership in the Yishuv that was full of challenges. He became PM after serving as chairman of the Executive Committee of the Jewish Agency, or “the state in the making,” for 13 years. Netanyahu’s path to the PM’s office was shorter, and his previous public roles were not central in the manner of those of Ben-Gurion.

Ben-Gurion’s career developed within the Labor Party, and he was nurtured in a socialist worldview. He was a leader of workers before he became a statesman. Netanyahu came from a home that was the diametric opposite, and he has always sought to apply what he considers to be the superior capitalist approach to the Israeli economy.

Finally, whereas Israel’s first PM intensely feared an Arab majority in the Land of Israel and hence agreed to a partition of the land, Netanyahu is not eager for a new partition.

From a historical-political perspective, we know David Ben-Gurion did not retire as PM at the peak of his powers. Indeed, no Israeli PMs have done so – quite the opposite is true. It is not easy to be PM of the state of the Jews. On that, both Netanyahu and Ben-Gurion would surely agree.