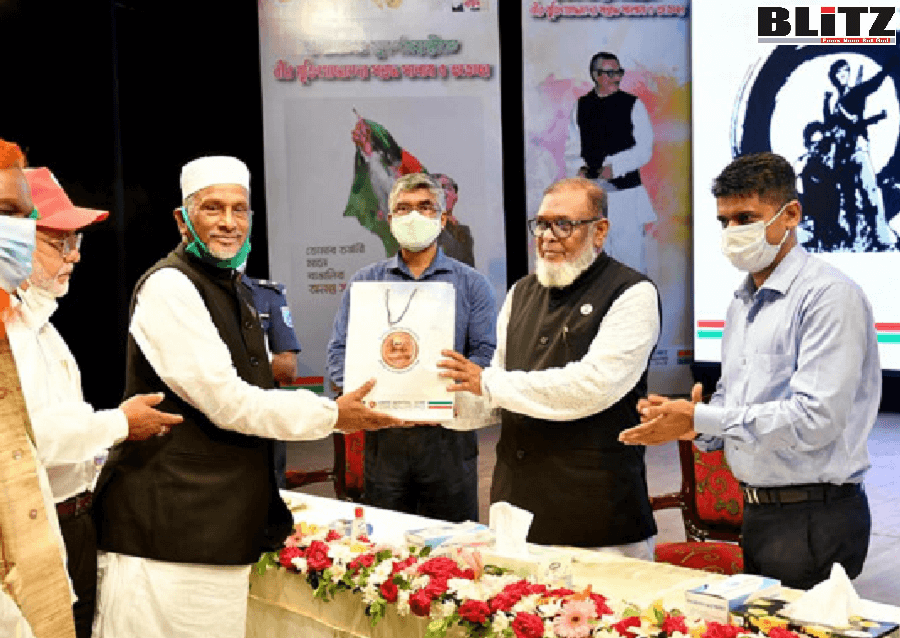 Liberation War Affairs Minister AKM Mozammel Haque warned that all intrigues of the anti-liberation forces must be thwarted at any cost.

“If Bangabandhu, Bangladesh and the spirit of independence are hurt, the heroic freedom fighters will not sit idle —all conspiracies of the defeated forces will be thwarted with combined efforts ,” Mozammel said this while speaking as the chief guest at the reception, accorded to the heroic Freedom Fighters.

Organized by Dhaka district administration, the function was organized to mark the golden jubilee of independence at Shilpakala Academy in the capital.

The minister also said that, “The beneficiaries of those who stood against and opposed the language movement of ’52, the elections of ’54,’70, and the great Liberation War of 1971, are out to create chaotic situation in the country even on the occasion of the golden jubilee of Bangladesh’s independence.”

Terming the heroic freedom fighters as the best sons of the nation, he said, “We have to ensure their proper respect and dignity. Keeping this in view present government has been striving hard to honour the freedom fighters.

Paying rich tributes to the Father of the Nation, the Minister said, “Bangabandhu has not only made the country independent, but also gave a sense of direction and guidance how the country could be established as a developed and dignified nation.”

The Minister also highlighted the various initiatives of the government to spread the spirit of the Liberation War among the new generation and for the welfare of the heroic freedom fighters.

Notoriety of an anti-government individual