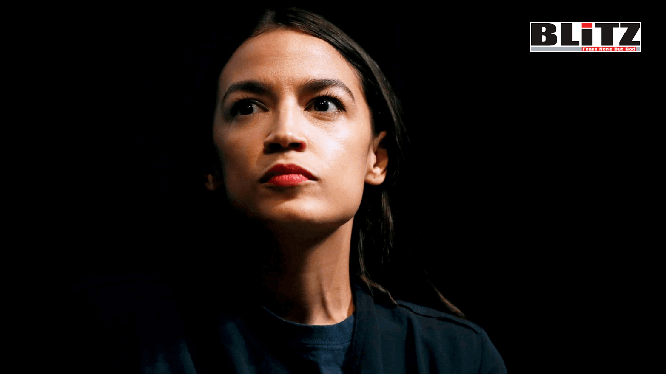 Most controversial Congresswoman and a firebrand defender of radical Isla, Alexandria Ocasio-Cortez should be held responsible by the Americans for shutting the prospect of at least 25,000 new jobs. Because of her ridiculous actions, Amazon had to cancel its plan for a second headquarters. Now the same Ocasio has called upon the Americans to refrain from returning to work. Should people listen to her, it will cause a massive damage to the American economy.

She said a television show, “When we talk about this idea of reopening society you know, only in America – does the president – when the president tweets about liberation – does he mean go back to work”.

During the Vice TV show “A Seat at the Table” she calls for a national work boycott.

“When we have this discussion about going back or reopening, I think a lot [of] people should just say no — we’re not going back to that,” she says.

“We’re not going back to working 70-hour weeks just so that we can put food on the table and not even feel any sort of semblance of security in our lives.”

Ironically, she recently blamed the Trump administration for “the loss of 20 million jobs”.

“Mass unemployment was a choice. We did not need to lose 20 million jobs. We didn’t,” she said. “We had options and the option that we chose was to do nothing, despite the fact that we could have done something to save millions of jobs in this country. And so, our political leadership, starting right at the White House and paired right up there with Mitch McConnell, said, hmm, we could take bold action right now to guarantee people’s jobs and guarantee payroll in this country, or we can allow mass unemployment.”

Her lecture continued, “And what was allowed to happen, the thing that we chose, not we, but they, chose was mass unemployment and that is going to take years for us to recover from”.

The Daily Wire disputed Ocasio-Cortez’s remarks. Republicans have led on the issue of emergency relief for individual Americans and businesses while repeatedly being blocked by Democrats.

Ocasio-Cortez’s first term in Congress has been littered with controversy.

Recently, she expressed glee that oil prices were plunging, even though the crisis threatens hundreds of U.S. businesses.

She also has asserted that billionaires “should not exist”.

“In a time when ~60% of American workers make less than $40,000 a year, billionaires should not exist. Also, billionaires don’t have a billion dollars because they ‘work’ thousands of times harder than the teacher or the single mom. They are billionaires because the stock market makes that money for them, which relies on profiteering off … low wages, scrapped jobs, etc. (& if not this way, acquiring a billion dollars can also happen via monopoly power, low wages, rent-seeking behavior, not paying fair share of taxes, etc) We need worker-centered policies that reign (sic) in Wall Street and value work – including a TON of unvalued and undervalued work, like caregiving. The cost of system that concentrates a billion dollars in the hands of few powerful people is massive, devastating income inequality.”

She also acknowledged her party’s failed impeachment campaign against President Trump was based on fear that Democrats could not defeat him in the 2020 election.

She’s claimed “the world is gonna end in 12 years if we don’t address climate change” and calls for spending trillions of dollars on her radical “Green New Deal”.

And she has insisted on subpoenas for certain members of the Trump administration with security clearances because she feared they will be “putting nuclear codes in Instagram DMs”.