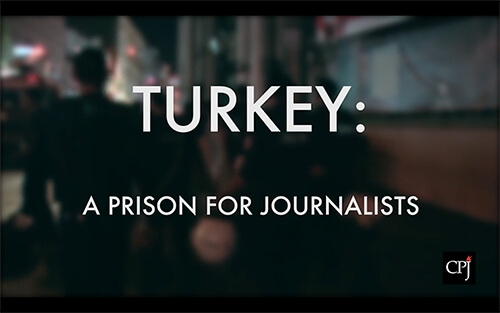 As 2018 is coming to an end and all of us are waiting to embrace a new year 2019, there are disturbing news about murder and imprisonment of journalists around the world. For years, though this newspaper has been voicing against repression on the media, we are seeing the tendencies of several authoritarian regimes around the world even some democratic government such as that of India are applying extreme method of cruelty on the journalists. As our readers are aware, editor of this newspaper and internationally acclaimed multi-award winning anti-militancy journalist Salah Uddin Shoaib Choudhury got released from the prison in Bangladesh on July 29, 2018 after serving 9-year’s rigorous imprisonment in a false case of sedition, treason and blasphemy for writing against militancy and exposing the madrassas being used as the breeding grounds of jihadists. During his imprisonment period, our editor was kept in condemned cell alongside the condemned convicts, which is a huge violation of human rights.

It should be mentioned here that, the United States Congress in 2007 passed a bipartisan resolution (HR-64) by 409 votes in defence of Salah Uddin Shoaib Choudhury. Similar resolutions were also passed by the European Union Parliament and the Australian Senate calling upon the Bangladesh authorities to immediately drop the false charges and stop all forms of intimidation tactics on this senior journalist. But unfortunately, Bangladesh authorities did not pay any attention to such international outcry.

It is becoming evidently clear that authorities in different countries are exhibiting extreme notoriety on the journalists and members of the media. Such tendencies definitely go against the spirit of ensuring freedom of expression. Western policymakers, especially the US administration needs to immediately look into this matter. Harsh punitive measures should be applied on the repressive regimes in the world, wherever repression on journalists takes place.

We are worried seeing the increasing cases of murder and imprisonment of journalists. In today’s world, Turkish dictator Recep Tayyip Erdogan has emerged into the worst-ever jailor of journalists. This is totally unacceptable and international community, rights groups and particularly the Western policymakers should take some immediate measures in compelling Erdogan from stopping his nefarious cruelty on journalists.

Committee to Protect Journalists (CPJ) in its 2018 annual report has provided reports on the murder and imprisonment of journalists around the world. CPJ’s list does not include journalists who died of illness or were killed in car or plane accidents unless the crash was caused by hostile action. Other press organizations using different criteria cite different numbers of deaths.

According to its database, 53 journalists were killed in 2018. In the report, CPJ said, “Journalists from Saudi Arabia to Afghanistan to the U.S. were targeted for murder in 2018 in reprisal for their work, bringing the total of journalists killed on duty to its highest in three years.”

In the CPJ Special Report, Elana Beiser is editorial director of the Committee to Protect Journalists, who had previously worked as an editor for Dow Jones Newswires and The Wall Street Journal in New York, London, Brussels, Singapore, and Hong Kong wrote, “In recent years, extremists have launched major bombings in Afghanistan, then detonated a second blast with the apparent express aim of killing journalists and other first responders. On April 30, 2018, one such double suicide attack claimed by the militant group Islamic State killed nine journalists. In an especially cynical ploy, the attacker disguised himself as a media worker and detonated his explosives amid a group of reporters rushing to the scene of the first explosion. Among the victims: Abadullah Hananzai, 26, a reporter for U.S.-funded Radio Azadi, the Afghan service of Radio Free Europe/Radio Liberty (RFE/RL), who had recently covered drug addiction and the Interior Ministry’s attempts to crack down on narcotics trafficking out of Afghanistan, and who was about to celebrate his first wedding anniversary, according to RFE/RL. Hananzai’s last public Facebook post was a tribute to a former colleague who had been shot dead by unknown gunmen the previous week.

In 2018, 251 or more journalists are jailed around the world, suggesting the authoritarian approach to critical news coverage is more than a temporary spike.

The past three years have recorded the highest number of jailed journalists since CPJ began keeping track, with consecutive records set in 2016 and 2017. Turkey, China, and Egypt were responsible for more than half of those jailed around the world for the third year in a row. CPJ terms Turkey as a ‘Prison for journalists’.