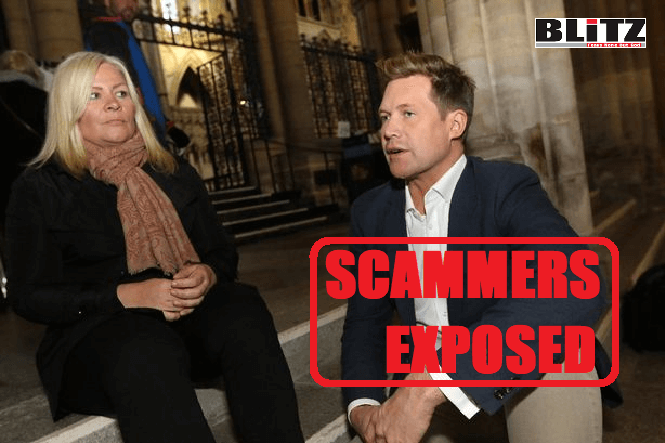 For the past couple of years, a criminal racket comprising convicted fraud David Haigh and a Finnish woman named Tiina Jauhiainen have been fooling people with their concocted story of Dubai’s ruler Sheikh Mohammed bin Rashid Al Maktoum’s daughter Sheikha Latifa bint Mohammed bin Rashid Al Maktoum and swindling hundreds of thousands of dollars. Even United Nations had fallen victim to this racket’s falsehood and according to British tabloid the SUN, the United Nations has confirmed that the ruler of Dubai did imprison his princess daughter and consequently has asked for him to be brought to justice. Although the same story has appeared almost simultaneously in a number of news outlets under the names of various reporters, it is learned from a credible source that all of these fake stories were pursued by David Haigh and other members of his gang. This false propaganda has even influenced the British High Court and in a verdict centering custody of the Maktoum-Haya couple. This was not the end of the notoriety of the David-Tiina gang. They have even managed to get a documentary aired on BBC. The documentary titled ‘Escape from Dubai: The Mystery of a Missing Princess’, had almost similar false information as the David-Tiina gang has been feeding the media for many months. The sole intention of this gang is to swindle money from people by pretending as the saviors of Sheikha Latifa, while their main intention is to extort money from Sheikh Mohammed bin Rashid Al Maktoum through blackmailing. 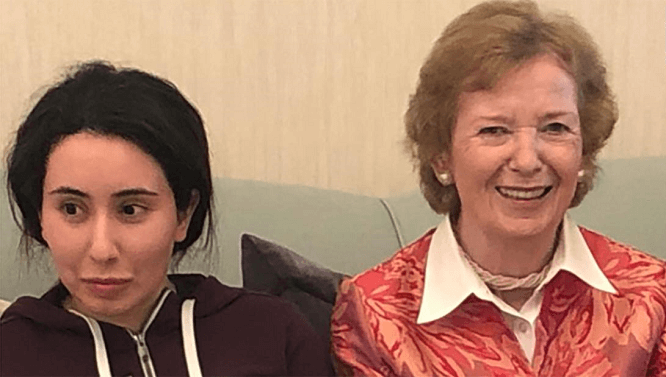 The statement issued by the UN’s Working Group on Enforced and Involuntary Disappearances (WGEID) not only lacks due diligence and substance, but it is even proved to be a wrong initiative taken under influence of David-Tiina gang.

The British tabloid as well as some other news outlets although are portraying David Haigh as a “human rights lawyer” – in reality, he is a convicted fraud and money launderer, who also faces few other charges for his criminal activities.

Although British tabloid SUN and some other news outlets have quoted WGEID chief rapporteur Tae-Ung Baik saying “Sheikha Latifa is currently held in incommunicado detention in… Dubai”, the UN authorities have claimed, this comment was not of Mr. Tae-Ung Baik. Instead, it was what David Haigh and Tiina Jauhiainen have informed them.

A source inside the UN told this correspondent that they have not reached any conclusion on the case of Princess Latifa and it is impossible on their part to publish any statement saying she had been held in Dubai against her will.

Latifa is alive, safe, and living with her family

According to an intelligence agency source, Sheikha Latifa Bin Maktoum is alive and safe. She is living peacefully with her family in Dubai.

The source further said, Sheikha Latifa bint Mohammed bin Rashid Al Maktoum is particularly annoyed with Tiina Jauhiainen, who was an employee with the royal family for some months, because Tiina had stolen Latifa’s valuable ornaments, including several diamond rings as well as a substantial amount of cash. The total value of the stolen ornaments is above US$ 2.5 million, while the amount of cash is US$ 1 million. Before leaving Dubai, Sheikha Latifa had handed over these ornaments and cash to Tiina Jauhiainen. When they were brought back from the luxury yacht, Tiina was asked to return the ornaments and the cash. But she told, it had already been sent to her sister abroad and would be returned within two weeks. Since then, Tiina has neither returned the stolen valuables nor has ever shown-up. Instead, she started false propaganda stating Sheikha Latifa was held inside Dubai palace against her will.

On December 25, 2018, several photographs of Sheikha Latifa were released, where she is seen chatting with Mary Robinson, former United Nations High Commissioner for Human Rights and former President of Ireland. These photographs evidently proved – Sheikha Latifa bint Mohammed bin Rashid Al Maktoum was neither abducted from the yacht nor had been held against her will in Dubai. Ms. Robinson in an interview to BBC Radio-4 said, Sheikha Latifa is a troubled young woman and she [Latifa] regretted making the earlier video in which she alleged abused by her father.

Sheikha Latifa bint Mohammed bin Rashid Al Maktoum is living a peaceful life with her family in Dubai and there is no reason for anyone to unnecessarily disrupt her life by spreading false propaganda of forceful confinement.

Jennifer Hicks is an investigative journalist and regular contributor to Blitz