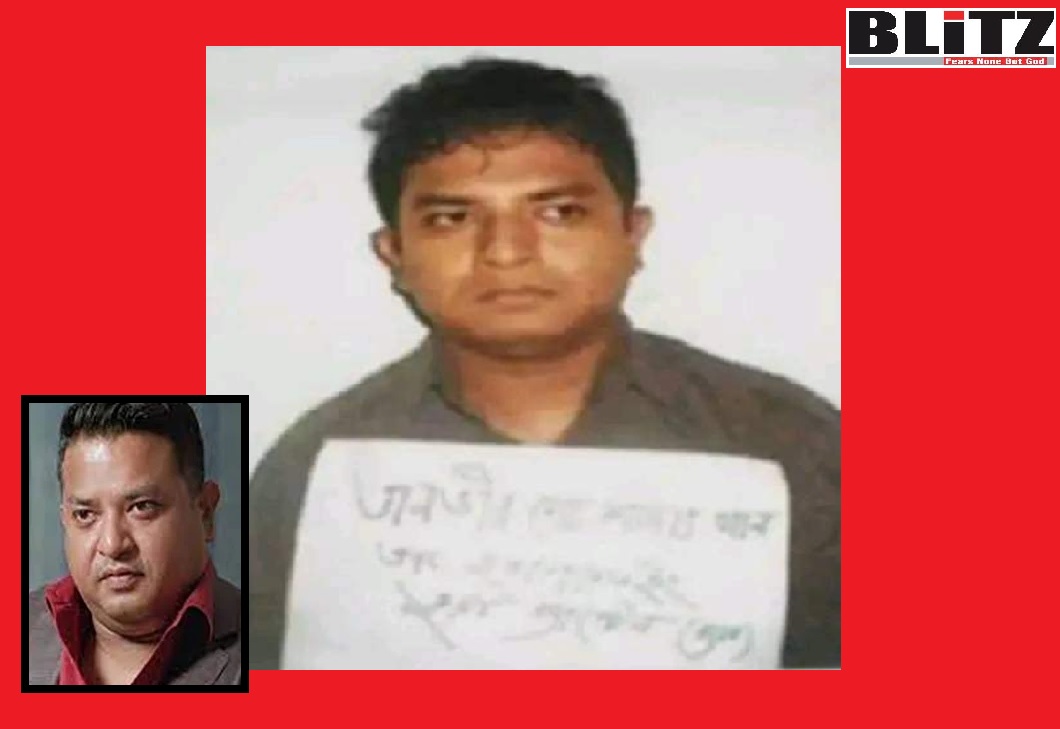 Prior to fleeing Bangladesh, Zulkarnain Saer Khan alias Sami arrested in Bangladesh when he attempted to blackmail and extort large amount of cash from an individual in Bangladesh.

According to a credible source, Zulkarnain Saer Khan alias Sami was expelled from Hungary few weeks ago as the Hungarian authorities got evidences of his criminal activities. Being expelled from Hungary, he flew to the United Kingdom, where Tasneem Khalil of Netra News joined him and subsequently held meetings with Shahid Uddin Khan, Nazmus Saquib of illegal Nagorik TV, and few other anti-Bangladesh individuals, including Waliullah Noman, a reporter with Jamaat-e-Islami funded website named ‘Amar Desh’. They decided to meet Tarique Rahman, convicted fugitive and leader of Bangladesh Nationalist Party (BNP) with the offer of running propaganda against Bangladesh, Prime Minister Sheikh Hasina, Awami League government and several respected individuals in Nagorik TV as well as Qatari Al Jazeera. Zulkarnain Saer Khan introduced himself as a “journalist” of Al Jazeera and told Tarique Rahman’s aides that he can play effective role against the ruling Awami League both on Al Jazeera and Nagorik TV once Tarique Rahman reaches into a verbal retainership agreement and agrees to pay certain amount of “fees” to Sami and his cohorts. By that time, a number of people in the United Kingdom already came to know about dubious and criminal natures of Zulkarnain Saer Khan, Tasneem Khalil, Nazmus Saquib, Tito Rahman and others and suggested Tarique Rahman not to meet Sami. Meanwhile, Nazmus Saquib and Tito Rahman, who already were working for Tarique Rahman tried to convince the fugitive leader of BNP to “use” the “connections” of Sami and Tasneem Khalil. Although one source claimed, Tarique Rahman never met Zulkarnain Saer Khan and Tasneem Khalil, another source said, there were several meetings between Tarique Rahman, Sami and Khalil.

It is further learnt that on his landing in Britain in the hope of getting asylum, Zulkarnain Saer Khan has established a company named ‘Shams Inc’. He also is secretly bringing-in cash from Hungary and few more countries into the United Kingdom through illegal channels.

According to information, Zulkarnain Saer Khan has business relations with the racket of Juan Orlando Hernández, Former President of Honduras, who has been indicted on Drug-Trafficking charges, extradited to the United States from Honduras. United States’ Department of Justice in a press release dated April 21, 2022 said:

Juan Orlando Hernández, aka JOH, 53, the former President of Honduras, will make his initial appearance tomorrow, April 22, before Magistrate Judge Stewart D. Aaron in federal court in New York after being extradited today from Honduras. A federal court unsealed drug-trafficking and weapons charges today in a superseding indictment against Hernández.

It is anticipated that Zulkarnain Saer Khan may use his newly formed company ‘Shams Inc’ in running illegal drug trade as well as other types of criminal activities, including transnational money-laundering.