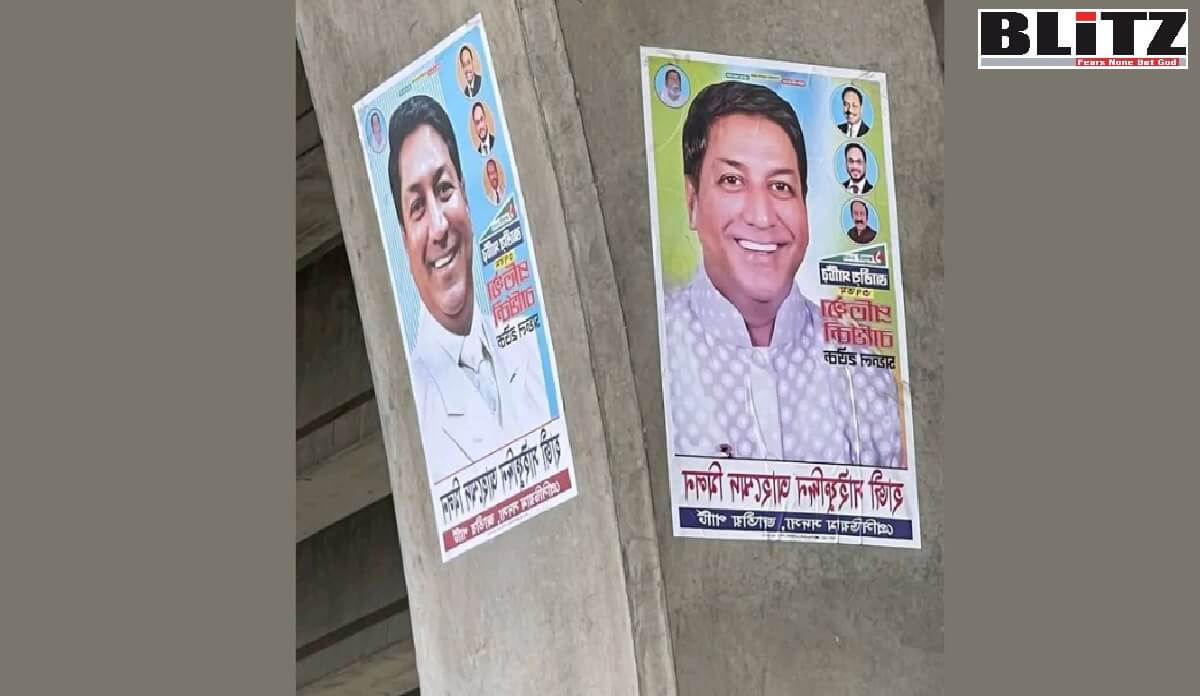 Dhaka city’s beauty is being continuously spoiled by hundreds of individuals and political activists who are pasting posters, banners and drawing graffiti indiscriminately here and there – from trees to street lamp posts to buildings, and walls and pillars of flyovers. Recently it is also observed with gravest shock that this culture of poster, banner and graffiti nuisance has also grabbed the pillars of metro rail. Because of these posters, banners and graffiti, passerby and drivers are suffering from mental disturbance, which is resulted by visual pollution.

Although the government enacted a law, Graffiti Writing and Poster Sticking Control Act, in 2012 to prevent such activities, no one seems to abide by this law. Moreover, putting up posters on trees hurt nature lovers and writing on newly-painted walls or pasting posters in it cause financial loss to the owners. Furthermore, pasting posters and banners of pillars of metro rail and flyovers may ultimately pose serious hazard, as unscrupulous elements may either wrack those structures or place explosives beneath the garb of such posters and banners.

Unfortunate fact is, city corporation authorities have miserably failed in curbing such free-style practice of pasting posters and banner and drawing graffiti on city streets. Moreover, the penalty in Graffiti Writing and Poster Sticking Control Act of 2012 is extremely meagre. According to Section-4 of the Graffiti Writing and Poster Sticking Control Act, no writing or poster can be put up anywhere, except designated places. If anyone does so, the authorities can fine him or her up to BDT 10,000 or a 30-day imprisonment.

Commenting on the Section-4 of the Graffiti Writing and Poster Sticking Control Act, affected city dwellers said, the amount should be increased to at least BDT 500,000 for those who are regularly violating this law. At the same time, law enforcement agencies need to take immediate measures in removing posters, banners and graffiti from the city and compel those behind such offense to pay penalty on spot.

Talking to this correspondent, a source inside Dhaka South City Corporation said, “for the sake of cleaning Dhaka city from posters, banners and graffiti, Dhaka Metropolitan Police needs to send mobile courts to various parts of the country, which would identify people behinds such posters, banners and graffiti and immediately force them in removing those and pay penalty. But in this case, BDT 10,000 penalty is not enough.