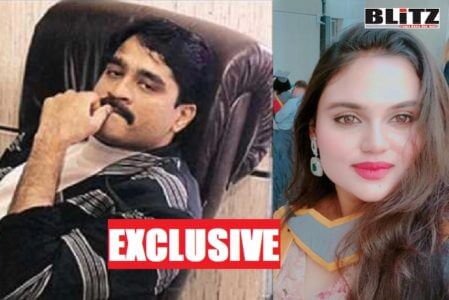 In July this year, it was reported in the media that a Pakistani national living in the United Kingdom was making frantic bids to prevent the extradition of Jabir Motiwala, a high-ranking member of the D-Company, a notorious transnational drugs trafficking and crime outfit of global terrorist Dawood Ibrahim.

While reacting on the recent developments, when it was revealed that Dawood Ibrahim is currently living in Pakistan and enjoying full patronization of Inter Service Intelligence (ISI), Pakistani spy agency, Lawrence Sellin, a UN Army veteran and security expert tweeted, “Fugitive underworld don Dawood Ibrahim is believed to be a key facilitator in Pakistani Inter Service Intelligence’s narco-terrorist-jihadi operations and linked to the Dehliwala Sri Lankan drug distribution center and possible funder of the Easter bombings”.

An underworld terrorist and criminal Dawood Ibrahim Kaskar was the mastermind and funder of the Mumbai bombings in which 257 people were killed and hundreds injured.

Several intelligence agencies have confirmed that Dawood Ibrahim is sheltered in Pakistan, wherefrom he is operating activities of D-Company through his aides. It may be mentioned here that D-Company has heavy presence in the United Arab Emirates, United Kingdom, Dominica, Mexico, Venezuela, Columbia and some other countries.

According to credible sources, Dawood Ibrahim has established links with a pro-Caliphate outfit named ‘Astha’ which was formed by a convicted criminal and sacked officer of Bangladesh Army in London. In 2015, one of Dawood’s key aides met sacked Colonel Shahid Uddin Khan in London to discuss details about possible cooperation between D-Company and him for dealing in drugs in Britain. Accordingly, Shahid Uddin Khan had sought Dawood Ibrahim’s help in staging jihadist attacks in Bangladesh with the ulterior agenda of establishing Caliphate under the flag of Astha by ousting the democratically elected government in Bangladesh. Subsequently, Khan’s second daughter Parisa Pinaz Khan had follow-up meetings with few of the members of D-Company and subsequently had visited Russia and India with some secret agendas. During her stay in Russia, Parisa Pinaz Khan reportedly met one of Dawood’s most trusted aides and a shadowy businessman named Imran Ismail. It is further learnt that a desperate Pinaz, who also wants to implement her father’s evil agenda had spent a couple of nights with Imran Ismail with the goal of ensuring his recommendations to Dawood Ibrahim about her father’s planned subversive activities.

It may be mentioned here that, Parisa Pinaz Khan, who faces Interpol red alert had meetings with some Sri Lankan jihadists in India and subsequently her father Shahid Uddin Khan had sent US$ 93 thousand to Colombo days before the Eastern bombings.

At the instructions from the Pakistani spy agency, Dawood has been spending a significant portion of his income from the transnational drug trafficking towards terrorism and jihad. He and his gang members are actively working in expanding their footprint in the United Kingdom with the ulterior agenda of increasing Pakistan’s influence in that country.