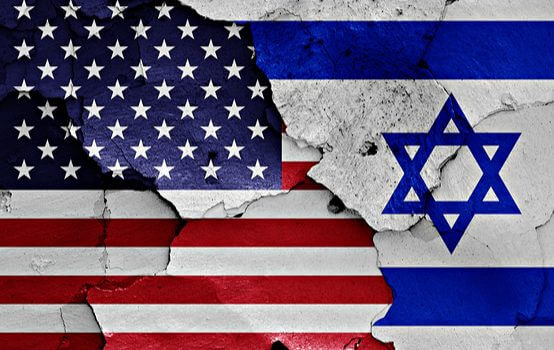 A senior leader for the Council on American-Islamic Relations in a tweet Sunday called for Israel to be “terminated.”

“Iran’s regime calling Israel a ‘cancerous tumor’ is like the pot calling the kettle black. All the people of that region will be better off once both murderous regimes are terminated,” wrote Hussam Ayloush, the Investigative Project on Terrorism, or IPT, reported.

IPT said the tweet might lead one to assume Ayloush, the head of the Los Angeles chapter of CAIR, has an equal disdain for the Islamic Republic of Iran and Israel.

But while Ayloush would like to see regime change in Iran, he has “a history of describing Israel in ways that echo Iranian rhetoric calling for its destruction,” IPT said Monday.

A delegate in California’s Democratic Party, he has referred to Israelis as “zionazis” and repeatedly equated the Israel Defense Force with ISIS terrorists.

“You know how many hundreds of Jewish American kids are recruited to join the Israeli occupation army? Hundreds. Every year,” Ayloush said in May.

“They leave their country, leave America, to go join with an army that is engaged, with no debate, in major violations of human rights, and maybe some would argue, and I’m one of them, war crimes.”

The CAIR leader, continuing the equation of jihadists with IDF soldiers, added that the U.S. government has never established a Department of Homeland Security counter-terrorism program to track Americans who go fight for the IDF.

No one, he said, has ever sought to find out “why would normal Jewish American kids leave their home and join to be part of an army committing war crimes.”

IPT pointed out that Ayloush “did not call for Israeli Prime Minister Benjamin Netanyahu to be voted out and replaced by someone less hawkish in the conflict with Palestinians.”

“He called for it to be terminated.”

IPT also noted Ayloush bristles at any suggestion that Hamas is a terrorist organization.

The FBI blacklisted CAIR from outreach programs after the Islamic organization was named an unindicted co-conspirator in a plot to fund Hamas, a State Department-designated foreign terrorist organization.

In the 2007 trial, the FBI presented evidence CAIR was founded as a Muslim Brotherhood-Hamas front group. More than a dozen CAIR leaders have been charged or convicted of terrorism-related crimes. And the group also was designated a terrorist organization by the United Arab Emirates.