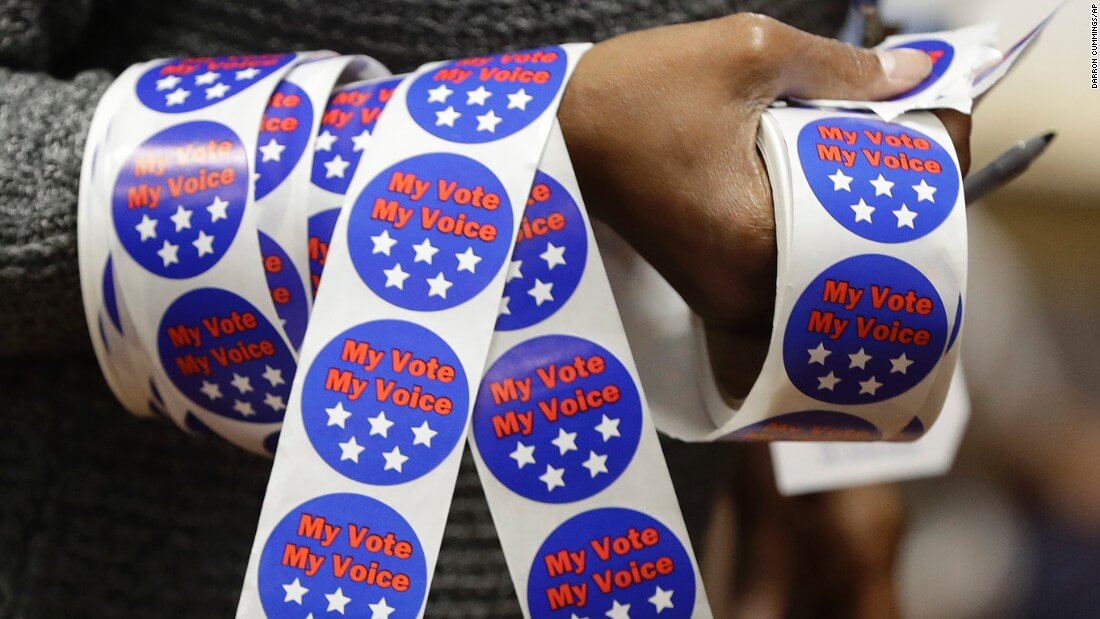 Ten left-wing Vermonters have objectified themselves in a nude photo shoot to encourage women to vote Democrat “after the Kavanaugh confirmation, the #MeToo movement and Trump.”
The Vermont news website Seven Days reported event organizer Dawn Robertson explained the goal was to “inspire” women through their “Grab Them by the Ballot” photo shoot.

“As a female, I will be voting, fully clothed, straight ticket Republican,” wrote Joan Martin on Twitter.

A Twitter user responded: “This is just weird. And funny. Inspirational? No so much. If I were in the fence I’d be voting against the ladies getting naked for Democrats. Overkill.”

Seven Days reported Robertson was inspired by Massachusetts photographer Anja Schutz, who did the same type of stunt leading up to the 2016 election.

“The models held well-placed ballots and photographer John Schriner digitally added slogans across their chests to intertwine politics and female sexuality,” Seven Days said.
The participants included “women of color, a pregnant women, and transgender woman and a woman with disabilities.”

Gina Carrera, a participant, and said, “To use my body as my voice, I think, is a powerful thing.”

Another participant, “Z,” said, “We were all existing together.”

At Twitchy, the Twitter news aggregating site, readers were asked: “Is this photo shoot of naked Democrat women the trick to getting out the vote? You decide.”

Scotti B said: “Didn’t work for me! I’m desperately trying to get that image out of my head!”

And Mindy said: “It’s persuaded me to vote Republican!”

“HWDConservative” wrote: “Was the point to attract voters? This is going to be an epic fail.”

The women were strategically “covered” with a ballot, a prop or digital modifications.

“Z” used a butterfly because “it works with my personal identity on a lot of levels.”

Participant Susan Lipkin, 65, told Seven Days: “We’re all just humans – a pregnant woman, a black woman, older women, thirty-something, chubby women, skinny women, a transgender woman. Why should we humans, because we’re women, be treated any differently than a man?”

Asked Twitchy, “OK, but did they ever think of a way to inspire women to vote, or did they just decide to do a nude photo shoot instead?”