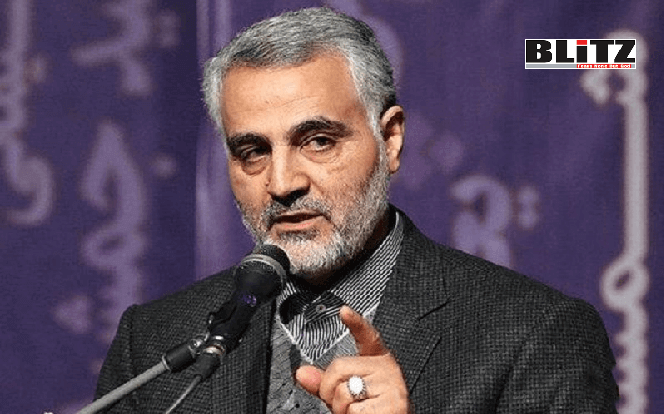 The January 3 assassination of the commander of the Quds Forces, the overseas arm of Iran’s Islamic Revolutionary Guards Corps (IRGC), thrust the topic of targeted killings of high-ranking adversaries to the center of international debate and ignited the dispute over their use as an instrument of policy, both in terms of their moral justification and their operational efficacy.

Broadly defined, “targeted killing” is a form of assassination carried out by governments against their perceived enemies, typically beyond the borders of their own countries, either for what they are about to perpetrate in the future or what they have perpetrated in the past.

In broad brushstrokes, when pursuing a policy of law enforcement, governments are held to punish persons for their individual guilt that must be proven in a court of law, where defendants enjoy the protections of due process. However, when engaged in war, governments often claim the need to suspend certain peacetime constraints on the use of deadly force. Accordingly, enemy combatants may be targeted and killed not because they can be legally proven to be guilty of a specific offense, but because they are potentially lethal agents of an enemy entity. No prior warning is necessary; no attempt to arrest or capture is required.

Targeted assassinations have been used repeatedly by both Israel and the United States (as well as other countries) beyond their borders to eliminate individuals deemed to comprise a threat to the security of the nation or to the safety of their citizens, or, of course, for retribution for inflicting harm on national security or civilian safety.

It would seem that Israel and the United States have employed targeted assassination both to preempt planned enemy attacks that are about to be carried out and to punish past ones that have already been committed.

Thus, although Osama bin Laden was (unsuccessfully) pursued by the Clinton administration as early as 1998, for the United States, his killing in 2011 was probably far more punitive (for his role in the 9/11 atrocities in 2001) than preemptive—to forestall imminent future attacks by the founder of Al-Qaeda.

By contrast, the targeted assassination of Abū Bakr al-Baghdadi in October 2019 was, despite the ISIS leader’s grisly record of murder and mayhem, largely preemptive. Indeed, author of “ISIS: A History,” Professor Fawaz Gerges of the London School of Economics, who has followed the organization since its inception, asserts: “The killing of al-Baghdadi is a preemptive move that throws ISIS onto the defensive and complicates its efforts to recover … .”

Preemption was also advanced as the motivation for the elimination of Qassem Soleimani.

A statement issued by the U.S. Department of Defense, stipulated: “ General Soleimani was actively developing plans to attack American diplomats and service members in Iraq and throughout the region. … This strike was aimed at deterring future Iranian attack plans.”

Israel has also engaged in targeted killing across the globe for motives both preemptive and punitive.

In the early 1960s, Israel initiated a campaign of assassination and intimidation against German scientists engaged to work on the development of a rocket project for Nasser’s Egypt. Named “Operation Damocles,” the campaign was instrumental in the rocket program being aborted.

“Operation Wrath of God” was very different, launched ostensibly to avenge the Munich massacre of 11 Israeli athletes at the 1972 Olympics by the Black September terror organization and the Palestinian Liberation Organization. However, there are claims that the operation, which was conducted from of 1972 to 1988, was also intended to deter future terror attacks by conveying to potential attackers what their fate would be.

But not only classically defined terrorists have been in Israeli sights.

Since “Damocles,” Israel has allegedly targeted scientists and engineers involved in weapons developments for the enemy, whether this included the manufacture of a “supergun” for Saddam Hussein, the development of the Iranian nuclear program or the production of drones for Hamas.

The 1988 assassination in Belgium of Canadian engineer Gerald Bull, one of the world’s leading artillery experts, who was working with Iraqi dictator Saddam Hussein on Project Babylon to develop a massive “supergun” with a planned range of 750 kilometers, has been persistently attributed to Israel. The project was never implemented,though some components for the formidable weapon were delivered to Iraq and others intercepted on route to Iraq.

Between 2010-12, several scientists and engineers working on Iran’s nuclear program were killed, usually by an explosive device attached to their cars, in incidents ascribed to Israel.

More recently, Israel has reportedly targeted Mohamed Zouari in Tunis and Fadi al-Batsh in Kuala Lumpur, Malaysia, who were said to be working on drone development for Hamas and Hezbollah.

Since the 1950s, Israel has engaged in targeted killings of individuals considered to be (or to have been) an unacceptable menace to its security or to the lives of its citizens. The following is a brief (and admittedly arbitrarily abbreviated) list of some of the more noteworthy cases, generally thought to have been executed (no pun intended) by Israel.

On July 27, 1979, Zuheir Mohsein  leader of the pro-Syrian a-Sa’iqa faction of the PLO was shot and killed as he left a casino in Cannes, France.

On April 16, 1988, Khalil al-Wazir (Abu Jihad), Yasser Arafat’s deputy, was assassinated in his home in Tunis by a team of Israeli commandos (led by Moshe “Bogey” Yaalon, later IDF chief of staff and defense minister), which landed from the sea on a nearby beach.

On Feb. 16, 1992, Abbas al Moussawi, co-founder and secretary-general of Hezbollah, was killed by missiles fired by Israeli helicopters in southern Lebanon. His wife, his 5-year-old son and four others also died in the attack. Barely a month later, (March 17, 1992) the Israeli embassy in Buenos Aires was attacked in retaliation, resulting in the death of almost 30 civilians with more than 240 injured. Moussawi was swiftly succeeded as secretary-general of Hezbollah by Hassan Nasrallah.

On Oct. 26, 1995, Fathi Shaqaqi co-founder and secretary-general of the Islamic Jihad Movement in Palestine (PIJ) was shot and killed in front of his hotel in Malta. He had been traveling under a false identity to his home in Damascus, on his way back from Tripoli after visiting then-Libyan leader, the late Moammar Gaddafi, who promised to help finance Shaqaqi’s organization.

On Aug. 27, 2001, Abu Ali Mustafa (a.k.a .Mustafa Ali Zibri), the secretary-general of the Popular Front for the Liberation of Palestine (PFLP) was killed by an Israeli air strike while he was sitting at his office desk in Ramallah.

On March 22, 2004, Sheikh Ahmed Yassin, founder of Hamas, and spiritual leader of the organization, was killed outside a mosque after morning prayers by an Israeli airstrike. The Israel Ministry of Foreign Affairs issued a press release, stating that: “Yassin, who was the dominant authority of the Hamas leadership, which was directly involved in planning, orchestrating and launching terror attacks carried out by the organization … was personally responsible for numerous murderous terror attacks, resulting in the deaths of many civilians, both Israeli and foreign … .”

On Feb. 12, 2008, Imad Mughniyeh (Al-Hajj Radwan), second in Hezbollah’s leadership, was killed by a car bomb blast in a neighborhood of Damascus in what was reported to be a joint CIA-Mossad operation. Described as “a brilliant military tactician and very elusive,” Mughniyeh, who was on the FBI’s “most wanted” terrorist list, is believed to have been Hezbollah’s chief of staff and to have overseen its military, intelligence and security apparatus. In 2015, his son Jihad Mughniyeh, himself a prominent member of Hezbollah, was killed in an airstrike attributed to Israel that also killed another five Hezbollah militants and a general in the Quds Force of the Iranian Revolutionary Guards, Mohammad Ali Allahdadi.

On Nov. 14, 2012, Ahmed al-Jabari ( Abu Mohammad), second in command of the Hamas military wing and widely credited as the leader of the Hamas takeover of Gaza, was killed by an Israeli drone strike while driving through Gaza City.

On Nov. 12, 2019, Baha Abu al-Ata, a prominent leader of Islamic Jihad Movement in Palestine (PIJ), was killed in a targeted Israeli airstrike. According to the IDF, it carried out the strike on al-Ata as he was planning an “imminent” attack on Israel at Iran’s behest.

Assessing the efficacy of targeted assassinations

How effective have targeted killings been as an instrument of policy for Israel?

There is no unequivocal answer to this question. Indeed, the record is, at best, ambivalent. “Operation Damocles” seems to have contributed to the termination of Nasser’s attempt to establish domestic rocket production in Egypt, but it did not prevent Cairo from procuring considerable missile capability from external sources, including North Korea.

Clearly, the numerous assassinations of prominent members of Hamas, Hezbollah and PIJ have not impeded their development, although the elimination of Shaqaqi in Malta did induce a significant weakening of the organization for some time. However, PIJ is still active today and continues to carry out numerous terror operations.

The elimination of Hezbollah leader Moussawi raises particularly challenging questions, especially in view of the ascendance of his charismatic successor and the horrendous results of the reprisal attack on the embassy in Buenos Aires.

Indeed, arguably the only case where a single targeting killing appears to have brought about the end of a terror organization is that of Zuheir Mohsen and the a-Saiqa movement he headed. Once the second-largest faction in the PLO after Fatah, since the demise of Mohsen, a-Saiqa has descended into insignificance and irrelevance.

Overall, however, it does appear that unless targeted assassinations are part of a sustained, ongoing policy of lethal pursuit of adversaries, the effect of a “stand-alone” assassination is, at best, short-lived.

The imponderable ‘What if’s?’

Of course, one of the imponderable questions is that of what would have occurred had targeted assassinations not been undertaken.

One thing is certain. If Israel’s enemies know that they are in danger of losing their lives, their modus operandi will inevitably be more constrained, cumbersome and costly than if they could operate unperturbed, secure in the knowledge that their personal safety was not at risk. With the threat of potential targeted assassination hovering over them, the resources that need be devoted to their own security may be considerable and hamper the freedom they might otherwise have.

Indeed, as Pulitzer Prize winner Bret Stephens recently wrote in The New York Times: “No U.S. president [or Israeli Prime Minister–me] … should ever convey to an enemy the impression it can plot attacks against Americans [or Israelis–me] with impunity. To do otherwise is to invite worse.”

Martin Sherman is the founder and executive director of the Israel Institute for Strategic Studies.