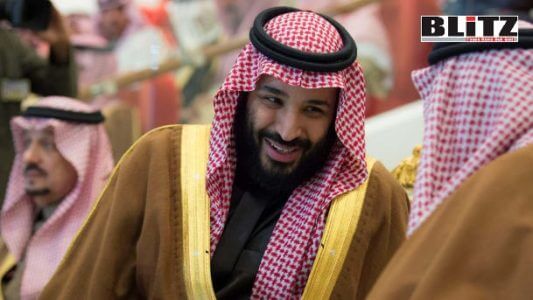 Saudi Crown Prince Muhammad bin Salman’s calls to invite Israeli Arabs to live and work in Saudi Arabia could be either a diplomatic breakthrough or a cynical ploy. If the former, it could indicate that at long last, the Arab world is awakening to the possibility that to fully enter the modern world, it must normalize relations with Israel.

To the surprise of many, Saudi Arabia announced recently that it will offer work visas to Arab citizens of Israel. Responses were divided into two main camps: those who see this as a diplomatic opportunity for Israel, Saudi Arabia, and the entire region; and those who see it as both a cynical move and a dangerous temptation for Israel and the US.

A central objection to the plan is that it sidesteps the Palestinian problem. Eighty percent of Palestinians see the Saudi overture to Israeli Arabs as an abandonment. By diminishing the priority of the Palestinian issue, it allows Jerusalem and Riyadh to work together on their “real” problems, which include national security threats like ISIS and Iran.

The initiative opens up the possibility of increased economic interaction between Riyadh and Jerusalem, which could result in economic benefits accruing to both countries. As a senior journalist in the kingdom said, “The best way to improve relations between Israel and Saudi Arabia is to allow Israeli Arabs to work in the Gulf and thus build a bridge between the states.”

It is unclear whether Muhammad bin Salman envisions full normalization with Israel. At the grassroots level, Palestinians, Saudis, and Israelis are already engaging through social media channels. Spokesmen and officials representing all three parties have been communicating peacefully.

The initiative could be a continuation of Crown Prince Muhammad’s doctrine of countering Islamic terrorism and extremism in the kingdom, especially ISIS. Saudi Arabia, as the birthplace of Islam, will always be a prime target for that group. ISIS is the primary threat to the safety of the people of Saudi Arabia and to Muhammad’s stability as leader.

Another contributing factor could be the failure of Washington’s war on terror, which, in the run-up to the presidential election of 2020, could push Trump’s administration to find “outside the box” solutions. A recent report from the Pentagon claimed that ISIS is renewing itself: despite the global coalition against ISIS, “there are still between 14,000 and 18,000 ISIS combatants in Iraq and Syria.”

Trump will no doubt be pleased to see more evidence of Arab countries fighting ISIS effectively. Saudi Arabia’s embassy in Washington has said the kingdom is “carrying out a multifaceted campaign that attacks extremism at its ideological roots as a critical component of its strategy to defeat terrorism,” which is a strong message for both Trump and the Crown Prince. The former US Undersecretary for Terrorism said in 2014 that “Saudi Arabia is by all measures one of the countries most central to our global counter terrorism efforts… I would characterize the quality of this relationship as one of active partnership aimed at achieving progress on several issues.” A US Department on Terrorism report from June 2, 2016, said, “there’s no country that wants to defeat the Islamic State or al Qaeda more than [Saudi Arabia].”

Riyadh might also have its deep dependence on the oil industry in mind as it attempts to court high quality human assets in Israel. One Shura Council member said the purpose of the Israeli-Arab initiative is “to attract professionals and investors to the country to help in the economic changes being promoted by Crown Prince Muhammad bin Salman.”

When Trump was asked about his support for Muhammad bin Salman, whom the CIA sees as personally responsible for journalist Jamal Kashogghi’s brutal murder, he answered, “America is first.” His point, as he explained, was that his support for the Crown Prince reflects the kingdom’s spending billions on the US military, providing “hundreds of thousands of jobs” for Americans, keeping oil prices low, and keeping American cars on the road.

As for Israel, its special relationship with the US does not permit it to go against America’s national interests, and Trump views Saudi Arabia as a crucial ally. Nor is it necessarily a contravention of Israeli interests to respond to Saudi overtures. Certainly in Trump’s eyes, the Crown Prince is a critical element in the effort to reduce Iranian aggression. “If you look at Israel, Israel would be in serious trouble without Saudi Arabia,” he has said.

Many Israelis suspect Muhammad bin Salman and do not consider him a reliable partner where Israeli national security is concerned. They note that the kingdom offers Israel no assistance in dealing with its most immediate threats: Hamas and Hezbollah. Few Israelis believe Riyadh would confront Tehran on behalf of Israel and the West.

It is somewhat ironic that former senior Obama advisers as well as columnists like Thomas Friedman, who still enthuses about “Saudi Arabia’s amazing Arab Spring,” have done all they can to undermine the kingdom while promoting Iran. Israel should be cautious. Even if the Crown Prince is serious in his overtures, there are hundreds of other powerful princes in the birthplace of Islam who have no interest in normalizing relations with Israel.