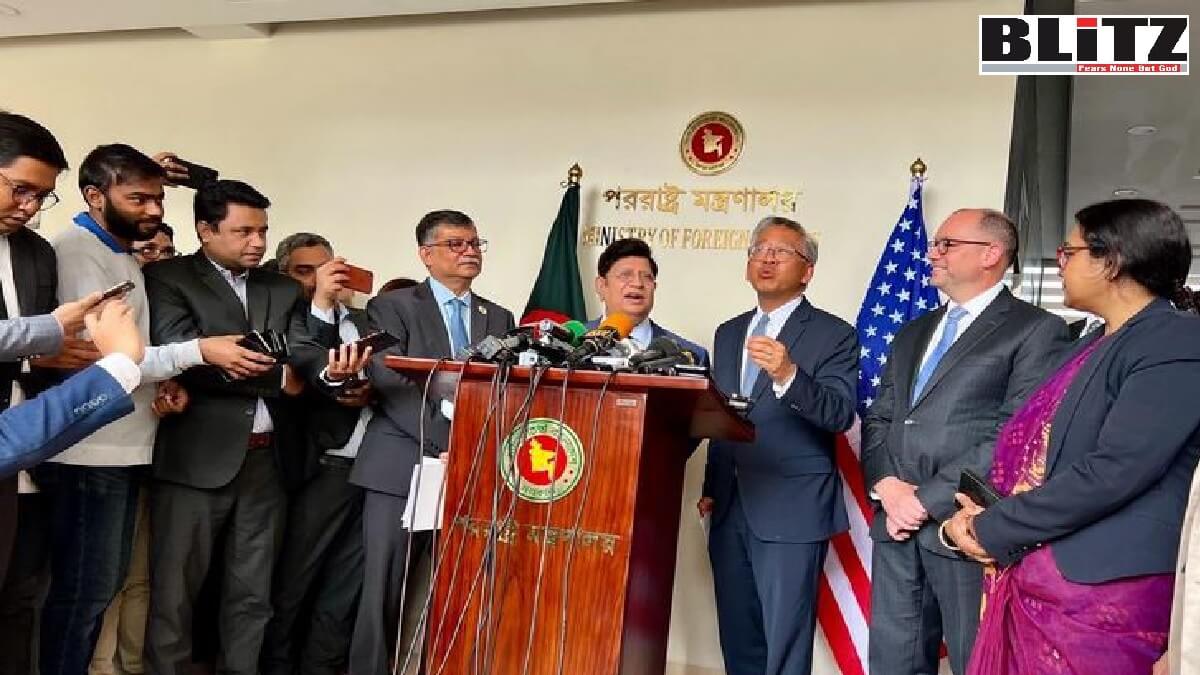 Visiting US Assistant Secretary of State Donald Lu said Rapid Action Battalion (RAB) has made “tremendous” progress showing that it is able to carry out its function respecting human rights.

“This is amazing work. It shows the RAB is able to carry out important counterterrorism and law enforcement function while respecting human rights”, he said.

The US Assistant Secretary of State for South and Central Asian Affairs made the remarks while briefing reporters along with Bangladesh Foreign Minister Dr AK Abdul Momen and Foreign Secretary Masud Bin Momen at the Foreign Ministry here.

“We had quite good discussion about the RAB. We (also) recognized tremendous progresses in the area”, Lu said.

The US state Department imposed a sanction on RAB and some of its top former and current officials more than a year ago alleging violation of human rights.

Earlier, the assistant secretary of state held separate meetings with the Bangladesh foreign minister and foreign secretary at the ministry.

“We had very honest and open discussions with the Bangladesh foreign minister and secretary.

We have expressed our commitment to democracy and human rights”, Lu said.

The top US official said the US would speak when it sees problems and offer suggestions.

“We will stand up for freedom of speech, freedom of expression”, he added.

Lu said that Bangladesh would be the first country to be eligible for the Generalized System of Preferences (GSP) if the US Congress authorizes the trade scheme.

“We are still waiting for our Congress to authorize GSP to any country. We are working very closely with the government. So, when it is authorized, the first country on the list will be Bangladesh”, he said.

The Generalized System of Preferences is a trade advantage offered to many countries in the world by the European Union and the United States.