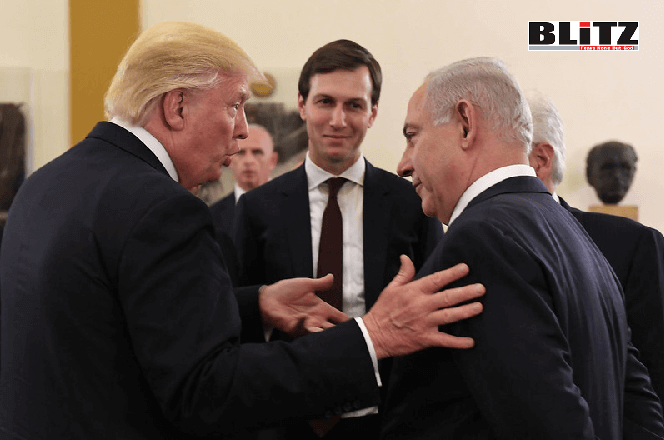 The Trump administration’s approach to the issue of peace in the Middle East differs from that of previous US administrations in that it is based on facts on the ground as they have evolved over time. The US peace team appears to have jettisoned both the historical “blame game” and the contradictory narratives of the Palestinians and the Israelis, which have combined to frustrate all prior peace initiatives.

President Donald Trump’s decision to finally unveil his Middle East peace plan, dubbed the “Deal of the Century,” sparked immediate suspicion among the left wing in Israel. Their central objection to the plan, regardless of its content, is that the unveiling of the initiative might have been deliberately timed to coincide with the run-up to the next Israeli general election, scheduled for March 2, 2020.

This reservation was perhaps most clearly expressed by Blue and White leader Benny Gantz, who said, after a meeting on January 8 with US envoy Avi Berkovitz (assistant to Jared Kushner), “I can assume that on such an important matter the Americans would be careful and not publish it before the election, because that would be an outright intervention in the State of Israel’s election process.”

Those words may well have been interpreted by the US administration as both a veiled warning and an insult to President Trump. Furthermore, Gantz’s implicit accusation that Trump might bluntly attempt to intervene in the Israeli election can be perceived as a wink toward the American Democratic party at a very delicate moment for the president, who is in the middle of impeachment proceedings brought against him by the Democrats.

The inappropriateness of the remark, particularly from a candidate for the premiership, might have been conveyed to Gantz, as he reversed himself a few days later.

The initial inclination of Gantz and his Blue and White colleagues, also ultimately rejected, to turn down President Trump’s invitation to accompany PM Benjamin Netanyahu to Washington could have ramifications for the intimate Israeli-US relationship in the event that Gantz wins the Israeli election.

Leaks and indications from US officials over the past several months have enabled a basic understanding of the general framework of the Deal of the Century. It appears that the US peace team’s approach differs from previous peace initiatives insofar as its starting point is based on facts on the ground.

The peace plan seems designed not just to service Israeli security concerns but to consolidate full Israeli control over a united Jerusalem and ratify the status of the existing Jewish neighborhoods in the West Bank by authorizing Israel to implement its sovereignty over a significant part of that region. The “painful” concessions required from Israel could refer to the US’s intention to recognize a limited and demilitarized Palestinian state under certain conditions.

It appears that Trump’s Middle East peace team has jettisoned the historical “blame game” as well as the contradictory narratives of the Palestinians and Israelis, which together have conspired to scupper all previous attempts to work out a viable solution. This approach is an acknowledgment that as the decades have worn on with no solution, circumstances have changed.

That premise underlies the political science theory known as the “Supersession Thesis,” the brainchild of Prof. Jeremy Waldron of the NYU School of Law. In his article “Settlement, Return, and the Supersession Thesis” (July 2004), Waldron assessed the way changing circumstances can affect such issues as the Palestinian “right of return” and Israeli “settlements”.

Waldron argues that while it is not unthinkable that supersession might eventually legitimize the settlements and undermine the Palestinian “right of return,” there is no guarantee that either will occur. Many of the circumstances that make the Supersession Thesis applicable to “post-colonial situations,” such as Australia and New Zealand (not to mention the US and Canada), do not apply in the Israeli-Palestinian situation. His bottom line, therefore, is that the Supersession Thesis is not applicable to the Israeli-Palestinian conflict.

Trump’s Middle Eastern team appears to have found the concept workable—but the matter may be moot, as it is difficult to see how the Deal of the Century can be implemented in view of the Palestinian side’s total rejection of it.