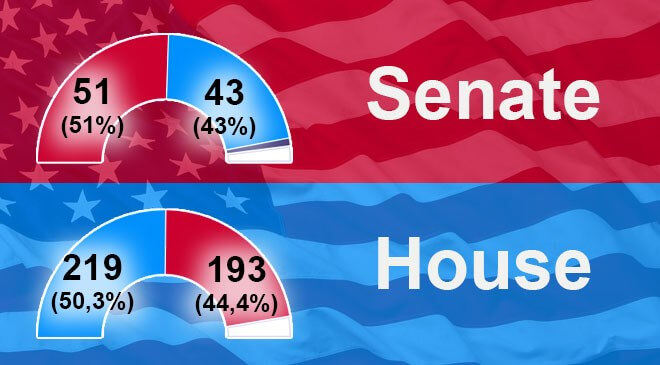 In the wake of the 2018 midterms, the takeaways are not complicated:

Most of the candidates President Donald Trump held rallies for won;

Most of the high-profile candidates backed by celebrities lost;

Democrats, who won the House but lost seats in the Senate, “did not match the lofty expectations that their cheerleaders in the media placed upon them,” Dan Flynn wrote for The American Spectator.

“The blue wave materialized more as a ripple. Importantly, the midterms did not serve as the rebuke to Trump that Democrats had hoped. He remains a potent force, and not one diluted by the elections.”

Meanwhile, star power failed to deliver victories for Democrats in many key contests.

Pop superstar Taylor Swift’s endorsement of Democratic Senate candidate Phil Bredesen and barbed attacks on his female opponent failed to persuade the people of Tennessee, who delivered a huge victory to Republican Rep. Marsha Blackburn in the race to fill the seat of retiring Sen. Bob Corker.

The race was called for Blackburn at around 8:05 p.m.

Swift had broken her longtime silence on politics last month to endorse Bredesen, saying that Blackburn has a voting record that “appalls and terrifies” her.

“As much as I have in the past and would like to continue voting for women in office, I cannot support Marsha Blackburn,” Swift said.

Comments on social media ranged from addressing Swift’s past relationship struggles to using the lyrics of her pop songs as punch lines.

Author Billy Hallowell tweeted: “Are you “…ready for it?” Don’t feel “delicate,” but there’s going to be a “blank space” in @taylorswift13’s heart. There’s no political “love story” and there’s sure to be “bad blood” between her and Marsha. Sad!”

Flynn noted other takeaways from the 2018 midterms:

Beto blew it: O’Rourke, dishonest about his name, ran as too honest about everything else. He supported Medicare for All, abolishing ICE, and said there is “nothing more American” than kneeling for the national anthem. He ran against a very beatable Ted Cruz. He blew it by getting caught up in his own hype. Know your audience. Texas isn’t Vermont.