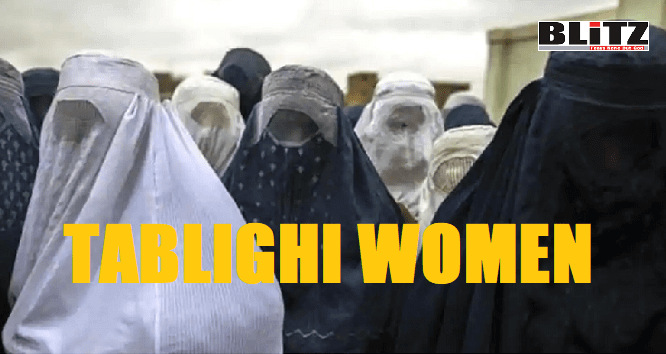 Activities of the Tablighi Jamaat came into the radar of the international media as well as intelligence agencies when hundreds of members of this group were accused of spreading coronavirus within India. The case of Tablighi men and their notorious agenda of infecting “millions of Hindus” with coronavirus as part of its #coronajihad has not only shocked the state machinery in India, but it also has surprised the mass people. People even are questioning the reason behind the silence of the administration and letting Tablighis hold their huge congregation in New Delhi defying lockdown.

It may be mentioned here that, leaders and preachers of Tablighi Jamaat were trying to convince the Muslims by stating that this pandemic was a “divine wrath” from Allah to “punish the non-Muslims and infidels”. They even went further by claiming that coronavirus would bring the entire world under the flag of Islam.

According to media reports, immediately after the coronavirus epidemic broke in Wuhan, China, male and female members of Tablighi Jamaat were visiting Muslim houses stating, this was a punishment of Allah on the Chinese “infidels” for “repressing the Uyghur Muslims”.

Female members of Tablighi Jamaat even are continuing to pursue the Muslim females with coronavirus to participate in coronajihad and make every possible attempt in getting the non-Muslim infected. Accordingly, these Muslim coronavirus patients are visiting shopping centers and contaminating the edible and non-edible items through naked hands and wet tissue towels.

Female wolves of the Tablighi Jamaat

He said, “female members of the Tablighi Jamaat are known as Masturat. The word masturat finds its origin as a combination of two words – mastura, stands for unrevealed or chaste while the meaning of the Urdu word aurat is woman. Members of the female squad of the Tablighi Jamaat are restricted from revealing their identity to any male in the society, other than their spouses. Tablighi men travel in groups for a certain number of days to proselytize, to educate fellow Muslims about the significance of jihad, and to expand the size of Muslims in the world by getting non-Muslims converted.

“On the other hand, the female squad of the Tablighi Jamaat or the masturats are assigned to hold discussions at homes, where they mostly invite those Muslim girls and women who are not members of this outfit and brainwash them with self-interpretation of Quran thus finally getting them radicalized. During the past one and half decade, only in London, the number of radicalized Muslim females have crossed a few thousand. All of these radicalized women and girls have started wearing Islamist burqa and hijab, while they teach their children about hating non-Muslims, more precisely Jews, Christians, and Hindus. The most disturbing fact is, these Tablighi men and women are spreading venom of religious extremism and hatred in their societies”.

Mr. Choudhury also said, “Although the western policymakers and the societies are expressing concerns about the ISIS brides, they have not yet investigated the reason behind the radicalization of these girls, who not only were born in western society but were also raised in a secular environment. There is a necessity to check the reason behind, for example, ISIS bride Shamima Begum turning into a notorious wolf and a religious fanatic. Has anyone checked this fact? It is important to know, hundreds of women and girls in western society already are aligned with Tablighi Jamaat and this is one of the worst breeding grounds of jihadists”.

Shoaib Choudhury added, “As the nefarious agenda of the Tablighis are already exposed in India, it is high time for the Indian policymakers and think-tanks to raise voice against this antechamber of terrorism and ban its activities in India”.

The poisonous seeds of Tablighi Jamaat should be immediately uprooted everywhere in the world. Stern legal action should be taken against Maulana Saah, who is the boss of Tablighi headquarters in New Delhi. It may be mentioned here that, Saad, through his recent sermons has ridiculed the medicos in the context of the corona pandemic and he even went further by saying, mosques were the “right place to die if diseased”.

Maulana Saad in one of his speeches said an ill-thought of shouldering the burden of the worldly affairs and progress along with men should not come in the mind of Muslim women. He said that this is against the decency and expectations of a woman. These sermons clearly show female members of the Tablighi Jamaat are encouraged to step out of home only if they contribute to propagate Islam or participate in jihad, including coronajihad.

This newspaper has played key-role behind banning of notorious jihadist outfits like Hizbut Tahrir and Hizb Ut Towheed, while it has also led the campaign against notorious preacher Zakir Naik. Now, as part of our commitment of maintaining religious harmony and confronting radical Islam and jihad, we are calling upon every government in the world to immediately impose a ban on the activities of Tablighi Jamaat.