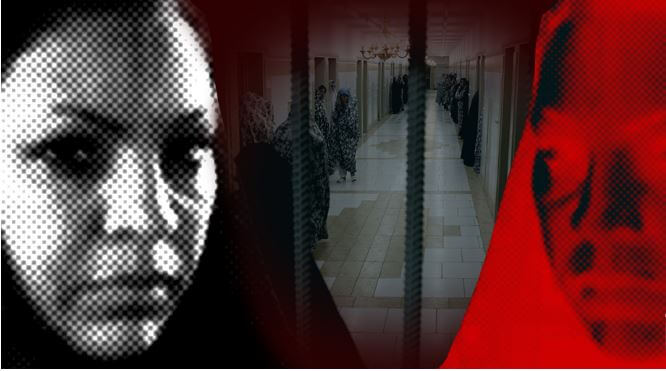 Elham Ahmadi, an imprisoned member of the Sufi Gonabadi Order in Iran, has been sentenced to 148 lashes for speaking out about the denial of medical treatment and poor living conditions in Gharchak Prison located south of Tehran in the town of Varamin, where she is currently serving a two-year prison sentence.

The United Nations has declared lashing a cruel and inhuman punishment tantamount to torture. Ahmadi was charged based on a lawsuit brought by the head of the prison, Mehdi Mohammadi.

On January 9, 2019, the Majzooban Noor website, which publishes information about issues related to the faith in Iran, referred to as Gonabadi Dervishes, reported that the verdict was issued by Branch 1145 of the Criminal Court for the charges of “publishing falsehoods” and “insulting agents carrying out their duties.”

On January 11, a source close to Ahmadi told the Center for Human Rights in Iran (CHRI) that Mohammadi sued Ahmadi for telling a website that a fellow inmate was not being given proper medical care:

“Shahnaz Kianasl, one of the imprisoned Gonabadi Sufis, was bleeding in her stomach and when her condition got worse, she was transferred to the hospital and later was released from detention. But she wasn’t receiving medical attention when she was laying sick in the clinic in Gharchak Prison. At the time, Elham [Ahmadi] had given a phone interview about the unsuitable health conditions and medical services inside the prison and this angered the head of the prison and he threatened to sue her for disclosing prison secrets.”

“Now, because of his lawsuit, she has been sentenced to lashings,” added the source who requested anonymity for security reasons.

Ahmadi was arrested in Tehran on February 20, 2018, during a violent confrontation initiated by the police against dervishes who had been protesting in a neighborhood of Tehran demanding the release of a fellow Sufi from detention and the end to the house arrest of their faith’s leader, Nour Ali Tabandeh.

Arrested a day before his wife on the first day of the confrontations, Jafar Ahmadi is serving a seven-year prison sentence in the Great Tehran Penitentiary (GTP).

Their 16-year-old daughter and nine-year-old son were initially in the care of one of their grandmothers but are currently living with a fellow female dervish, Masoumeh Barakouhi, because the grandmother was too ill to care for them.

Their mother has only been allowed to see them twice in the last year.

“Each prisoner has the right to receive one visit in person per month but since their detention, the Sufi women have only had two family visits, once in April and another in August,” the source told CHRI.

Several other dervishes who were also held in the prison have since been released on bail and are awaiting trial.