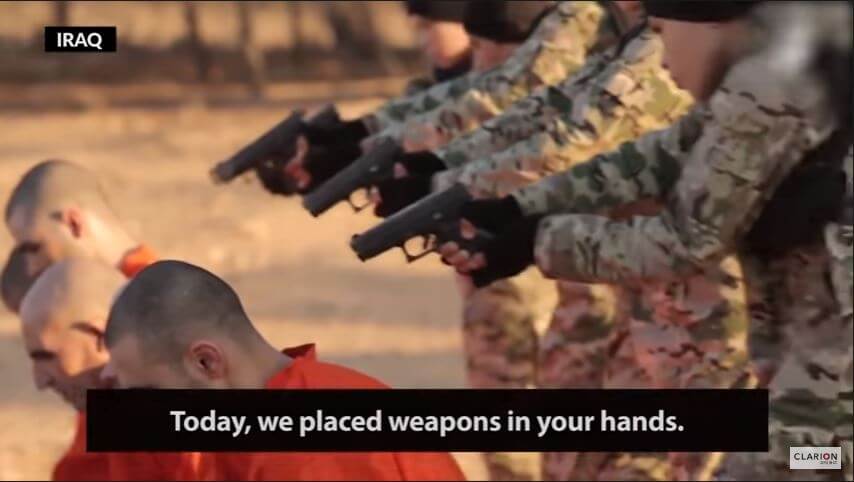 Islamic State (ISIS) for the first time has directly threatened of launching jihadist attacks in Bangladesh and India. The news is disturbing and alarming. According to media reports, jihadist groups such as Hijbul Mujahedin (HM) and Jamaatul Mujahedin Bangladesh (JMB) are particularly active in spreading jihad. These groups enjoy support, patronization and funding from various Afro-Arab sources as well as Islamist groups such as Jamaat-e-Islami (JeI). Under such circumstances, while combating militancy, it is equally essential for the counter-terrorism organizations in South Asia, particularly Bangladesh and India in choosing the most effective method of public awareness campaign against radicalization and militancy. Although some of the counter-terrorism entities consider circulating posters or publishing newspaper advertisements as most effective, in the West, awareness against radicalization and militancy mostly are done through films – more precisely feature films of commercial nature, which can easily attract viewers and ultimately leave much more impact than posters or newspaper advertisements. Moreover, spending in films than posters or newspaper advertisements is much economical.

Socio-political campaigns against militancy get momentum after a major terror attack but fizzle out when the situation comes under control. Then a laid-back attitude prevails until terrorists regroup and strike again. Amid subversive activities by terror groups, particularly the banned Jamaatul Mujahideen Bangladesh (JMB), the government formed a high-powered body named “Committee for Resistance and Correction Militancy” in April 2009. Its objective was to launch a countrywide massive awareness programs by screening feature films and documentaries even in villages alongside running ad campaigns and holding discussions. Until now, no such feature film has ever been made.

We can cite here the example of a feature film named ‘Farewell to the Night’ which had been premiered at the Berlin Film Festival in February this year. The character in the film is certainly an intelligent woman, but she is also very tolerant, she is somebody who doesn’t judge, who tries to understand. Muriel’s quiet life on a horse-breeding farm in rural France is interrupted by a visit from her grandson Alex whom she raised after his mother’s death in an accident.

He has stopped by the farm to say goodbye to her before supposedly leaving to take up a job in Canada. During his short stay, Muriel finds out that her grandson has been converted to Islam through his girlfriend Lila.

Muriel, herself born in Algeria, accepts her grandson’s new religion and tries to understand him. But she later learns that Alex plans to leave for Syria to join Islamic State and she becomes torn between trying to dissuade him from going and having the authorities intervene.

Veteran French actress Catherine Deneuve said “Tolerance and non-judgemental understanding may be the best way to try to save radicalized youths who want to go and join militant Islamists in Middle Eastern conflicts.”

Commenting on the importance of educating people about the threats posed by radicalization and militancy, experts said, in today’s world, people don’t get radicalized only in madrassas or mosques, but also most of them get radicalized through the internet. It is essential for the parents, guardians and the members of the society to clearly understand as to how the youngsters get radicalized through the internet. Once everyone clearly understands the problem, they can play effective role in combating militancy and radicalization.

The First Lady of ISIS