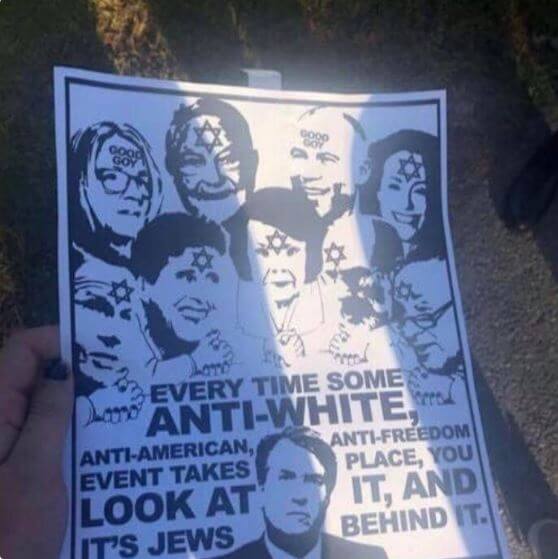 “Every time some anti-white, anti-American, anti-freedom event takes place, you look at it, and it’s Jews behind it,” the flyer states.

The bottom of the flyer stated it came from the local Stormer Book Club, which are small organizations that support The Daily Stormer, a neo-Nazi website.

Micahel Gofman, president of the Associated Students of the University of California Davis (ASUCD), wrote on Facebook that the flyers “were found all over campus this morning” and that the flyers were “a disgusting anti-Semitic attack.”

“My office is working with administration to investigate this further and we will keep everyone updated as more information arises,” Gofman wrote. ”If any Jewish students are feeling unsafe or uncomfortable on campus today, please reach out and I will connect you with the proper resources, and now more than ever my office is a protected space for you.”

Gary May, the chancellor of UC Davis, said in a statement that the flyers were taken down and they are investigating on the matter.

“The message on these flyers is reprehensible and does not represent who we are as a community,” May said. “In addition, the person or persons responsible violated our posting policy.”

“Our Principles of Community expresses our dedication to mutual respect, understanding, compassion and caring for everyone, regardless of their religious affiliation, culture, ethnicity or gender,” May added. “I ask each of you to uphold those values.”