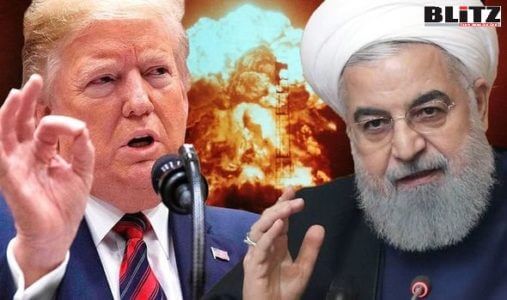 Trump’s decision to withdraw from the Joint Comprehensive Plan of Action (JCPOA, or Iran deal) was sadly based on a lack of understanding of its importance and potential contribution to a future nuclear-free zone in the Middle East. Even without knowing the nuances of the deal, Trump’s decision to withdraw from it was based on his pledge to do so when he was campaigning for president and his determination to undo President Obama’s signature achievement. Moreover, Prime Minister Netanyahu, who vehemently opposed the deal, was able to persuade Trump to abrogate it with the full backing of American evangelicals, whose political support Trump needs.

From the onset, the Obama administration understood that the Iran deal would substantially slow Iran’s nuclear development program in a number of stages for 10-25 years. None of the signatories to the deal believed that Iran would necessarily abandon its ambition to acquire nuclear weapons. Nevertheless, they all agreed that during this period, continuing efforts must be made by all parties to build on the deal to prevent Iran from acquiring nuclear weapons and normalize its foreign relations.

By allowing Iran to reap political and economic benefits through the removal of the sanctions and normalization of relations with the US and its allies, and being assured that the US has no design toward regime change, Iran would feel secure while enjoying a thriving economy. This would mitigate its external threats and render the acquisition of nuclear weapons unnecessary, and in fact undesirable, as it would once again isolate Iran and subject it to new crippling sanctions, severely undermining the progress it had made in the interim.

The development of events since the US withdrew from the deal made Trump and Netanyahu realize that the withdrawal was a mistake. Iran assumed an even harder line, refused to end its nefarious activities, and continues to weather the nearly crippling sanctions. Netanyahu’s hope that Trump would potentially attack Iran’s nuclear facilities and bring about a regime change failed to materialize, and his optimism that Iran will succumb in the face of sanctions turned out to be misplaced.

Realizing the potentially dire consequences of a war with Iran, Trump is determined not to initiate any hostility against Tehran. Following Iran’s downing of an American spy drone in June, Trump rescinded his order to retaliate against Iranian targets, fearing unnecessary escalation. Iran’s resiliency and its readiness to counter any American attack, even at the expense of suffering major loses and destruction, persuaded Trump, to the chagrin of Netanyahu, that only negotiations would solve the conflict with Iran.

Moreover, although technically the Europeans continue to adhere to the deal, a significant reduction in trade with Iran has occurred due to US pressure, even though the Europeans want to preserve the deal and view it as an instrument to contain crises in the region. If this trend continues, Iran will have no incentive to continue to largely adhere to the provisions of the deal and may well walk away, because it refuses to abide by a deal that increases its sense of vulnerability.

That said, given the changing circumstances, it has become impossible to enter into new negotiations unless a new atmosphere is created that would not be seen or interpreted as surrender – which Iran will never allow to happen. President Rouhani’s demand that the sanctions be lifted as a precondition toward renewed negotiations is a non-starter. Instead, entering new talks should be unconditional. A revised deal should be based on the original one and be structured to restore Iran’s confidence and prevent any future aggression against it by any power from within or outside the region.

The involvement of a ‘trusted’ third party is particularly important because the Iranians do not trust Trump – not only because of his withdrawal from the deal, but because of his reversal of positions and public disdain toward Iran.

France, which assumed upon itself a mediating role between the US and Iran, is most suited to continue with its efforts to pave the way for direct US-Iran talks without asking Iran for any concessions that may make it appear as a weakness. France will also be in a position to help mitigate any roadblocks that are bound to arise throughout the negotiating process with the following prerequisites in place.

The condition for new negotiations:

1-Contrary to statements made by National Security Advisor John Bolton and Secretary of State Pompeo openly calling for regime change in Iran, Trump must make it clear that his administration does not seek regime change in Tehran. This is the most critical issue for the regime, and anything else is secondary. Indeed, Iran agreed to the deal not only because of the sanctions, but because the deal provided it with guaranteed security, which is the preservation of the regime.

2- Trump should reiterate his willingness to enter into direct and unconditional negotiations because given the current circumstances, direct talks remain the only viable option. By conducting face-to-face talks, some of the distrust which runs deep can be mitigated between the US and Iran. Knowing that the new negotiations could not possibly ignore the original deal, Trump needs to publicly state that the US’ intent is to have an “improved” agreement that reflects the interests of both sides.

3-Both sides must stop any and all acrimonious public statements against the other. To be sure, conducting negotiations under conditions of mutual verbal hostility and threats will only reinforce their suspicion over the other’s real intent.

4-Since the primary conflict is between the US and Iran, no other signatory to the deal, besides France as a mediator, should participate in the new talks. Russia and China have their own axe to grind, and given their increasingly tense relations with the US, they may hinder rather than help the US’ efforts to strike a new deal.

5- Both Iran and the US must avoid any provocations in preparation for and certainly during the negotiations. The seizure of ships or the downing of another drone by either side would badly disrupt the negotiations if not torpedo them altogether.

Iran needs to understand that meddling in the region raises major security concerns, as it continues to be involved in nefarious activities. Thus, to reduce threat perception and prevent future action against it, Iran must agree to address other major issues, albeit on a separate track from the nuclear talks. This includes Iran’s support of extremist groups such as Hezbollah and Hamas, its funding of terrorism and subversion, its direct involvement in Yemen’s civil war in support of the Houthis, its use of Shiite militias to fight its proxy wars in Syria, and its repeated threats against Israel.

Aside from that, Iran must agree on limiting its development of ballistic missiles, which is of great concern to the countries in the region and runs against several UN resolutions. In addition, Iran should be required to provide a full account of its nuclear history and present all information pertaining to its nuclear facilities and equipment, as was uncovered by the archives seized by Israel, along with the technology and materials that it has hidden from the international monitors.

Considering the Iranian psychological disposition and how the regime views itself, it will be naïve to assume that applying maximum pressure through sanctions would bring Iran crawling to the negotiating table. Iran is a proud nation; it seeks respect and would not cave in to threats, irrespective of the suffering it may endure.

Thus, since both the US and Iran want to avoid war, the only viable option remaining rests on negotiations. What is needed is the creation of conducive conditions for new talks to reach a new deal that would allow Iran to save face, and for Trump to claim that he exacted a much better deal than Obama.

Dr. Alon Ben-Meir is a professor of international relations at the Center for Global Affairs at NYU. He teaches courses on international negotiation and Middle Eastern studies.