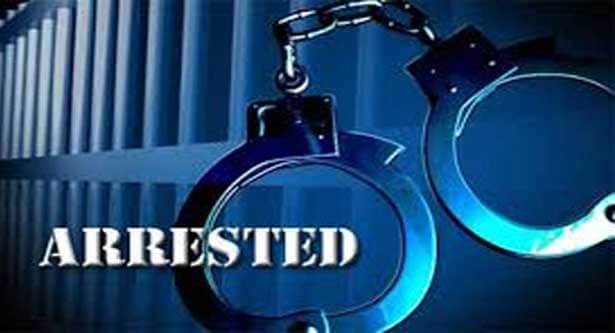 Following the landslide victory in December 30 general election, newly formed Awami League government led By Prime Minister Sheikh Hasina is going to take a number of praiseworthy steps with the goal of ensuring rule of law as well as combating corruption. As part of her commitment to the nation, the Prime Minister has already dropped members of her family from the cabinet and it is even hinted that similar trend may also be reflected while choosing her advisers. It may be mentioned here that, Sheikh Hasina has very successfully been leading the country towards tremendous economic growth while she also is focusing on improving the life standard of her fellow countrymen who have put their fullest confidence and trust with the hope of seeing a prosperous Bangladesh.

Meanwhile, several sources within the inner circle of the Prime Minister hinted about newly-formed government’s zero tolerance towards corruption while there even would be investigation into the corruption allegations brought against the members of the recent-past cabinet. It said, Prime Minister is sincerely willing to ensure good governance in the country.

Meanwhile, relevant agencies are reportedly instructed by the Prime Minister to immediately prepare reports on the members of the recent-past cabinet while there is clear indications that Sheikh Hasina may not show any mercy to anyone facing corruption allegations even if s/he belongs to her own party or the Grand Alliance. The Prime Minister has strictly warned the members of the next cabinet to be extremely cautious about corruption, nepotism and personal scandals.

Sensing tougher attitude of the Prime Minister, some of the recent-past cabinet members even are thinking of fleeing the country sensing they too may not be spared by Prime Minister Sheikh Hasina if any allegation of corruption or money-laundering is proved against them. The Prime Minister reportedly has instructed some agency to investigate the cases of Bangladesh nationals smuggling-out money to Malaysia, Canada, United Kingdom and other countries and buying properties or investing in businesses in those nations. She also is willing to know the list of those people who have purchased properties in the infamous Begum Para in Toronto, Canada.

Talking to this correspondent, the source said, being the daughter of Bangabandhu Sheikh Mujibur Rahman, Prime Minister Sheikh Hasina is going to be extremely tough on corruption, nepotism and money laundering. She also would investigate hands of those who have been using transport owners and workers in creating anarchy in the country thus visibly blackmailing the government. There are allegations about billion-dollar corruption in the transport sector where some of the influential figures were having hands.

The Prime Minister also is going to investigate the source of income of the existing private television channels and would take stern measures if any corruption is detected amongst these channels. She also is going to take stern measures in punishing those who are responsible for looting hundreds of millions of taka from the banks and Multi Level Marketing (MLM) companies. Cases related to these allegations would be sent to Speedy Trial Tribunal for quick disposal while movable and immovable properties belonging to people involved in such crimes would be lawfully confiscated.

There are also allegations against a number of the cabinet members from the Grand Alliance for their participation in numerous forms of corruption. It is also alleged, during past five years, those cabinet members had turned some of the ministries into platform of patronizing and promoting their party activists. Some of those ministries were giving priority to the respective parties instead of giving priorities to Awami League.

There also are series of allegations or financial crimes against some of the key figures of Jaytiyo Party. Taking undue advantage of being a part of the government, several members of the party, including some Presidium Members were engaged in making millions of taka through various means, including lobbying in favour of some businessmen, dealing in transfer and recruitment etc. According to sources, they have turned into multi-billionaire from the status of mere pauper or loan defaulters by abusing the privilege of being in the government. Even some of them were actively conspiring against the government and were maintaining discreet relations with Bangladesh Nationalist Party (BNP) and Jamaat-e-Islami.

Commenting on the newly formed cabinet, diplomatic sources in Dhaka said, they were “extremely surprised” seeing Prime Minister Sheikh Hasina not showing any sympathy even to her relatives in the recent-past cabinet.