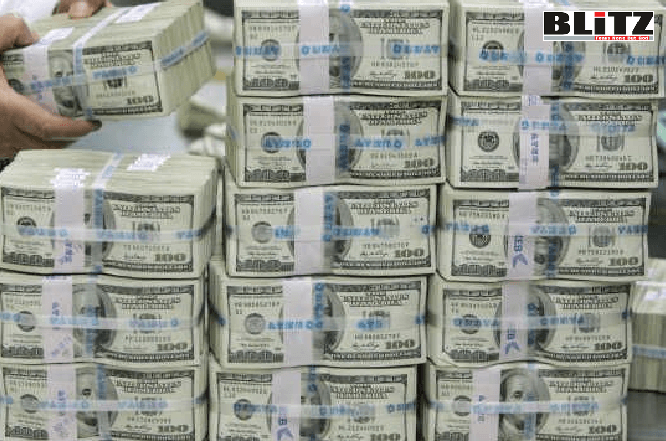 Hamas is the second wealthiest jihadist group in the world

By selling hallucination of false statehood, mega-terror outfit Hamas has emerged into the second wealthiest terrorist entity in the world, after Islamic State (ISIS). According to media reports, the main funding sources of Hamas are taxes and fees, financial aid, and donations (especially from Qatar). Until 2014, the annual turnover of this notorious terrorist group was US$ 1 billion, while it is well anticipated that the amount of annual of Hamas has significantly increased during the past six years.

Hamas has emerged into a major terrorist entity ever-since it took over Gaza strip back in 2007. In less than a decade, Hamas managed to turn the organization – which used to rely on donations from countries and charities – into a huge jihadist conglomerate. More than 15 percent of Gaza’s economy ends up in this organization’s pocket, through taxes and levies on goods and consumer goods entering the Gaza Strip, such as cigarettes and gasoline, and licensing fees for cars, motorcycles, and even carts. Taxes that once went to the Palestinian Authority in Ramallah now goes to Hamas.

For years, Hamas has been making tons of money from the smuggling tunnels underneath the Egyptian border. But, due to actions taken by General Abdel Fatah al-Sisi, this source of income had dried out. But this notorious terror outfit has been receiving a huge amount of donations from Qatar and Iran. It may be mentioned here that, major portion of the international aid to Gaza actually goes into the pockets of Hamas leaders and the organization. In addition, Hamas also runs hundreds of businesses such as real estate, insurance, banking, hotels and tourism, fish farming, and banquet halls.

To multiply its income inflow, Hamas is also involved in transnational drug trafficking and the running of brothels and bars in a number of countries, including Lebanon, the Netherlands, Columbia, Mexico, and Britain. Years ago, Hamas and Shi’ite terror outfit Hezbollah has joined Mexican and Columbian drug cartels, thus forming an international chain of transnational drug trafficking. In Afghanistan, Hamas has established direct links with poppy cultivators, wherefrom cocaine is trafficked to destinations like Mexico and Columbia, while in recent years, Hamas has also established its narco-trafficking bases in a number of Caribbean island nations.

In Gaza, Hamas uses various Mafia methods to maximize its income. For example, after purchasing a banquet hall – a lucrative business in Gaza – a string of miss-fortunes befell Hamas’s competition. Hamas also took over several banks, and everyone that wishes to do business with the government in Gaza needs to certify they are working with the right bank.

In Britain, Hamas members are actively involved in money laundering as it has a wide network in the Middle East as well as some of the Muslim nations including Pakistan. Arabs and Asian Muslims generally use Hamas channels in laundering money from Britain to other destinations.

Following the December 2008 Israeli operations, a United Nations survey of Gaza residents found an increase in risk-taking behavior, including a significant rise in the cases of drug addiction. One drug associated with this trend was Tramadol, first developed in Germany during the 1970s and introduced in the 1990s as a centrally acting analgesic with properties similar to codeine and morphine and which is widely prescribed as a pain killer.

Although illegal without a prescription in some regions, Tramadol was relatively easy to obtain in Gaza, either with fake prescriptions from Hamas affiliated pharmacies or on the black market. News reports prior to the 2008 Israeli operations suggested that up to 30 percent of males between the ages of 14 and 30 had already been using Tramadol on a regular basis, with some 15,000 showing signs of addiction.

During recent years, Hamas has introduced another type of drug named Yaba (also known as meth), which is produced in Myanmar and trafficked through sea routes. Hamas also controls a portion of Yaba trafficking to some other countries including the Philippines, where Islamic State also is involved in the same trade.

Hamas also has established a well-organized human trafficking network, through which, mostly Jordanians, Palestinians, Yemenis, and Egyptians are sent to various destinations in Europe. It may be mentioned here that, during the coronavirus pandemic, an unaccounted number of illegal migrants have landed into European soils, including Britain through the sea routes. In course of time, these illegal Arab migrants, once granted asylum may turn into Hamas activists, thus posing a massive threat to the security of the nations.