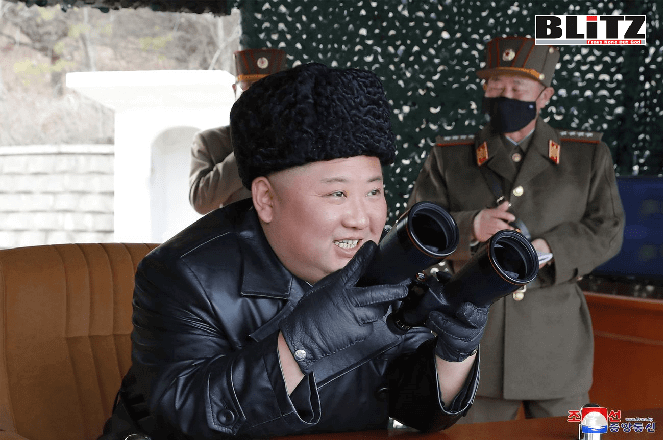 When coronavirus pandemic has already pushed the entire world into mere devastation, Stalinist North Korea claims to be totally free of coronavirus.

Pak Myong Su, director of North Korea’s Central Emergency Anti-epidemic Headquarters told reporters, “Not one single person has been infected with the novel coronavirus in our country so far. We have carried out pre-emptive and scientific measures such as inspections and quarantine for all personnel entering our country and thoroughly disinfecting all goods, as well as closing borders and blocking sea and air lanes”.

Nearly every other country has reported coronavirus cases, with the World Health Organization (WHO) saying on Wednesday there were nearly one million confirmed infections globally.

Aside from China, South Korea endured one of the worst early outbreaks of the virus, which has killed more than 50,000 people around the world.

Experts have said North Korea is particularly vulnerable to coronavirus because of its weak medical system and international sanctions, which has created food shortages in the country.

The United Nations estimates 10.3 million people – almost half the country’s population – are in need and some 41 percent of North Koreans are undernourished.

Crocodile tear of a cruel dictator

While the contents of the letter were not released to the public, Moon’s senior press secretary stated it was full of concern and well-wishes about the COVID-19 outbreak in the country, causing some to question if North Korea was readying for coronavirus aid.

The top US military commander in South Korea, General Robert Abrams, said last month he was “fairly certain” North Korea had confirmed cases of the virus.

US President Donald Trump also said North Korea “is going through something” and offered “cooperation in the anti-epidemic work” in a personal letter to Kim.

Pyongyang, which is subject to multiple international sanctions over its nuclear and ballistic missile programs, has sought virus-related aid.

In February, Russia’s foreign ministry said it provided Pyongyang with 1,500 coronavirus diagnostic test kits at its request “due to the persisting risk of the new COVID-19”.

The UN has granted sanctions exemptions to relief groups, including Doctors Without Borders (Medecins Sans Frontieres, or MSF) and UNICEF, on items such as diagnostic kits, face masks, protective equipment, and disinfectants.

During the end of March, when the entire world is busy facing challenges posed by coronavirus pandemic, Pyongyang fired two short-range ballistic missiles into the sea off the east coast of the Korean peninsula.

The launch follows two earlier last month, when North Korea launched short-range missiles and multiple projectiles, according to South Korea’s military, drawing the US and Chinese appeals for Pyongyang to return to talks on ending its nuclear and missile programs.

Earlier, North Korea announced it will hold in April a session of the Supreme People’s Assembly, its rubber-stamp legislature, in Pyongyang, which analysts had said would involve gathering almost 700 of the country’s leaders in one spot as the coronavirus spreads worldwide.

“If it goes ahead, it would be the ultimate show of [North Korea’s] confidence in managing the coronavirus situation,” Rachel Minyoung Lee, of the North Korea monitoring website NK News, said on Twitter.

The mystery behind North Korea’s being free from coronavirus

The only reason behind North Korea not having any coronavirus patient is if Pyongyang itself had spread this biochemical weapon around the world. Initially, the North Korean regime had infected China with a clear goal of taking a certain degree of revenge on Beijing for not forcing the international community in lifting sanctions.