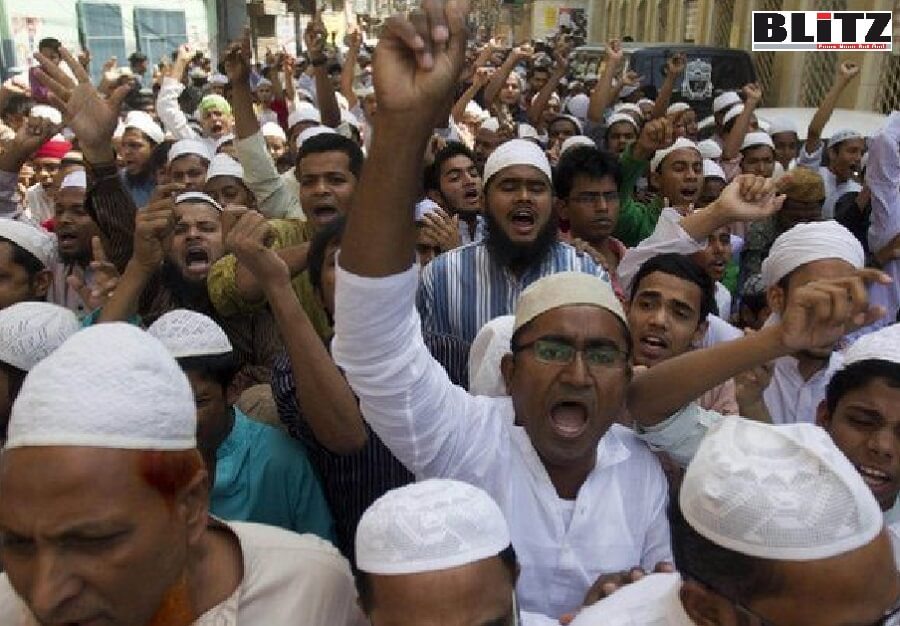 He came up with the remark after visiting the damaged AL local office and the houses of AL and Chhatra League leaders caused by a recent mayhem of Hefazat men in Sonargaon.

Hanif said the incident took place here centering a religious trader and the AL office was vandalized, and the houses of the Juba League and Chhatra League leaders were also damaged.

“I would like to make it clear that the religious trader Mamunul came here with a woman whom he claimed as his wife. He was caught by the common people because he was involved in immoral activities,” he said.

The so-called religious traders carried out vandalism in Sonargaon centering the incident, the AL leader said, adding: “I strongly condemn and protest against it.”

Asking the AL leaders and activists to resist such terrorist acts, he said doing something wrong in the name of religion will not be tolerated.

Hanif warned that stern action would be taken against those involved in this incident.

Law enforcement agencies are yet to take stern legal action against several propagandists and members of the cyber jihad cell of Hefazat-e-Islam, Jamaat-e-Islami, Hizbut Tahrir and other militancy groups although the criminal activities of these elements have been exposed through media reports at home and abroad.

According to reports, a female terror-funder named Shahana Rashid (Sanu) and her sons with terrorist records namely Shajal Mahmud (Ony) and Shamol Mahmood (Anjan) have been continuing cybercrime by publishing repeated posts in favor of Pakistan as well as against anti-militancy journalists and media outlets. According to legal experts, such acts are tantamount to cybercrime as well as anti-terrorism laws of Bangladesh.

Members of this newspaper have called upon Bangladesh Police, as well as Rapid Action Battalion, Detective Branch and Cyber Crime Cell of the Dhaka Metropolitan Police to take immediate actions against these culprits.