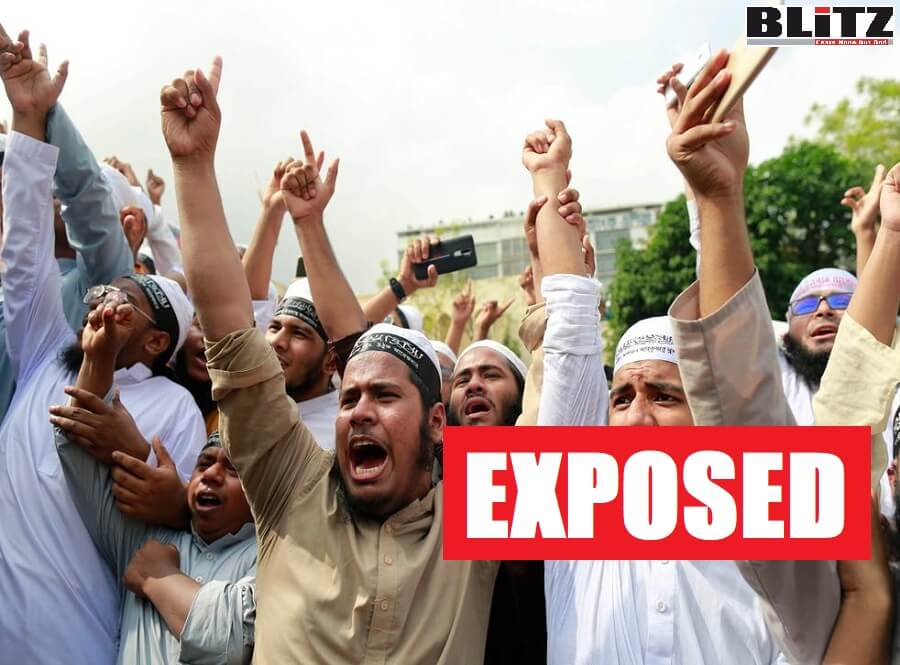 Following Bangladesh government’s ongoing actions against the terrorists of pro-Caliphate Hefazat-e-Islam and other religious extremist and militancy outfits, Hefazat-e-Islam and its political and ideological allies are plotting countrywide “massive” anarchist activities under the pretense of protesting the arrest of Mamunul Haque and other Islamist leaders.

According to intelligence report, in a number of districts in the country, Hefazat men along with members and activists of other religious extremist and militancy outfits, including Hizbut Tahrir, Neo JMB and Ansar Al Islam are working on a blueprint of staging seize on highways as well as numerous forms of terrorist activities, including arson attacks, vandalism and terrorist acts starting from April 23. Meanwhile, Bangladesh Nationalist Party (BNP) and Jamaat-e-Islami leaders are maintaining liaison with several Hefazat leaders assuring them of funds for the “implementation” of such notorious plots.

At least three policemen were injured as unruly Hefazat-e-Islam activists attacked them in Bagerhat’s Mollahat area on Monday.

The incident happened while Hefazat men tried to bring out a procession protesting against the arrest of the pro-Caliphate outfit’s central joint secretary general Mamunul Haque.

Police sources said Hefazat men gathered at Hospital intersection of the upazila at around 10:30pm. Police intercepted the Hefazat men while they tried to bring out a procession. At one point, the Hefazat activists started to hurl brick chips towards police.

A credible source told Blitz, as part of its preparation for April 23 “massive” demonstration, members and activists of Hefazat-e-Islam and its political and ideological allies are pilling stocks of sharp machetes, iron rods, bamboo sticks, hockey-sticks, wooden scaffold, knives, iron rods and other lethal objects as well as explosives mostly inside various madrassas in the country. Members of the sleeper cells of Hefazat as well as Hizbut Tahrir, Neo JMB and Ansar Al Islam are also reportedly instructed to take preparations for “continuing” the April 23 activities until the “release of arrested leaders” of the Hefazat and other Islamist and militancy groups.

As members of law enforcement agencies are continuing action against perpetrators of arson attacks, vandalism and terrorist activities, several Hefazat-e-Islam activists as well as few individuals with heavy Islamist and militancy affiliations are running extremely offensive propaganda on social media, giving instigation of waging jihad. Authorities concerned are yet to take any measures against these cyber jihadists.