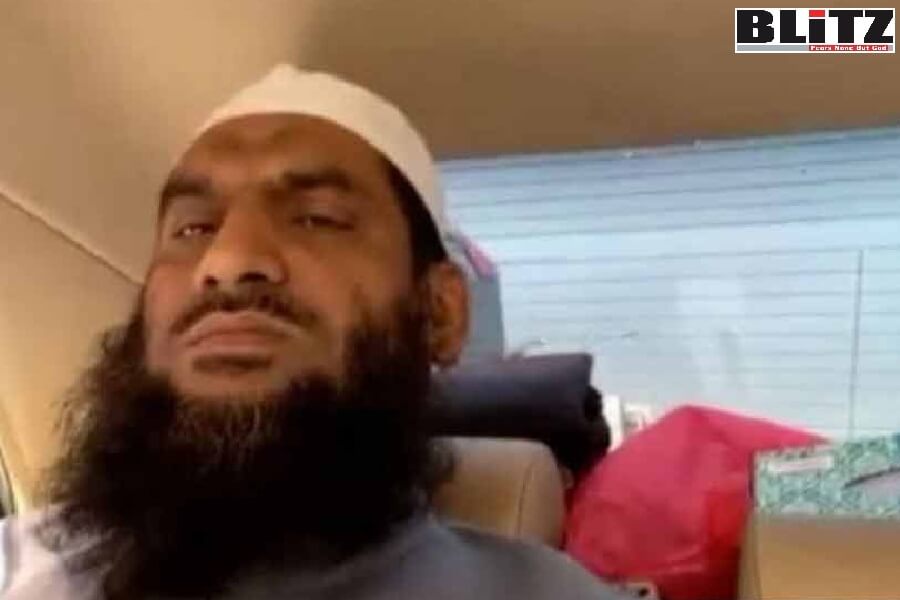 Pro-Caliphate Hefazat-e-Islam leader Mamunul Haque may face life term imprisonment. The scandalous leader currently is being interrogated by the law enforcement agencies in connection to a number of charges, that include, inciting riot and destruction of public and private properties under the notorious excuse of protesting the March-2021 Bangladesh visit of Indian Prime Minister Narendra Modi. It may be mentioned here that, during the month of March, Hefazat-e-Islam, with the direct support and participation of Jamaat-e-Islami, Bangladesh Nationalist Party, Hizbut Tahrir, Neo-JMB and other radical Islamic militancy outfits continued countrywide criminal acts including arson attacks, vandalism, attack on the members of law enforcement agencies and destruction of public and private properties. They also have attacked Hindu properties in different parts of Bangladesh.

Bangladesh Prime Minister Sheikh Hasina has already said, no one will be allowed to use religion for terrorist activities. Meanwhile, government is continuously working in identifying those who had participated in countrywide terrorist activities during the Golden Jubilee celebration of Bangladesh’s independence as well as Birth Centenary of Bangabandhu Sheikh Mujibur Rahman.

While process of legal actions against Hefazat-e-Islami leaders and activists and well as their cohorts are continuing, a female named Janaat Ara Jharna, who was earlier falsely claimed by Hefazat leader Mamunul Haque as his “second wife” and “contract wife” has lodged rape case against Mamunul with Narayanganj Police Station. 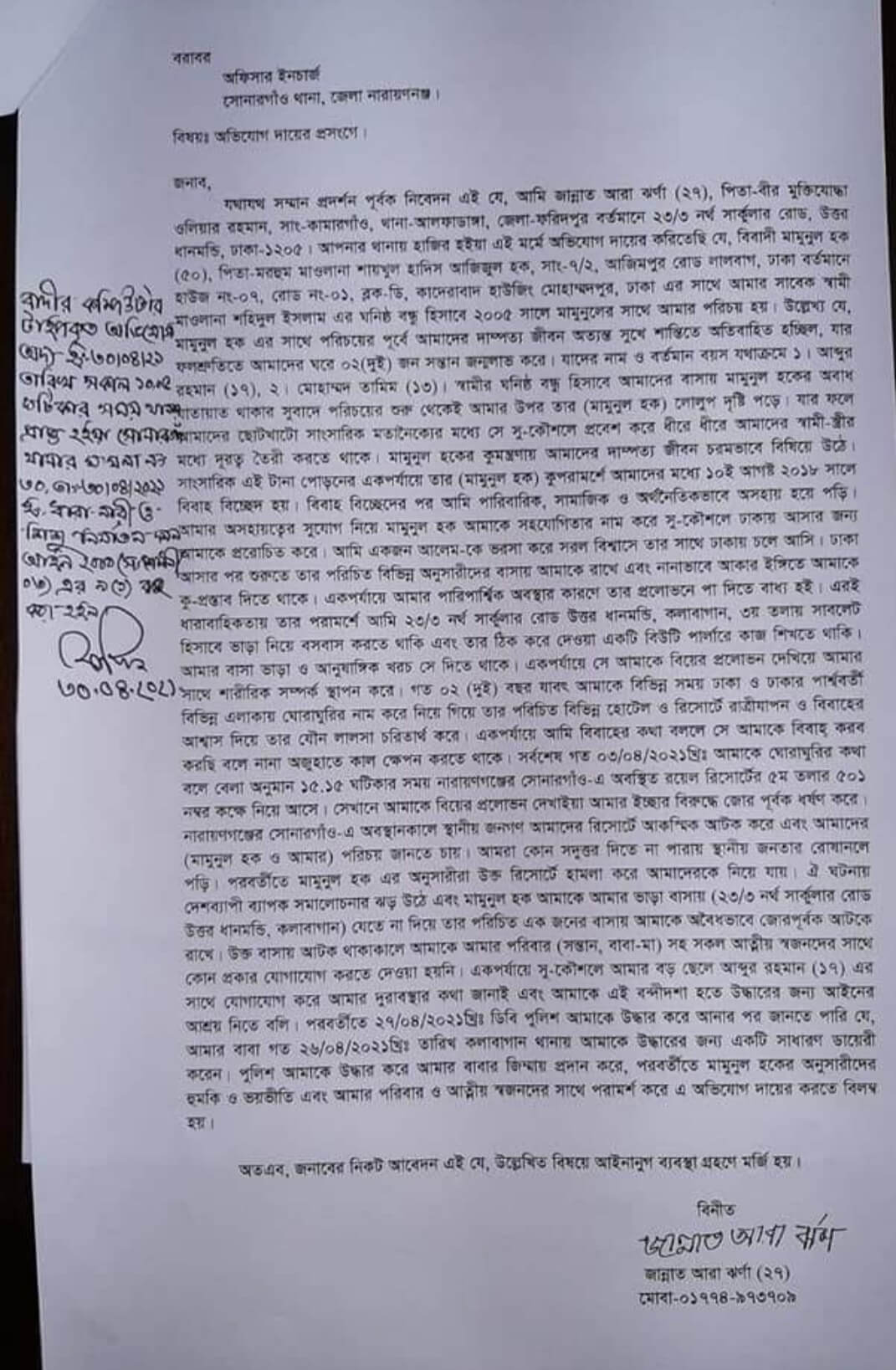 The case was filed three days after the Detective Branch of police rescued Jharna from a house in Dhaka’s Mohammadpur area.

She was detained at the house, which belongs to Mamunul’s sister Dilruba, since she was found with Mamunul at a resort in Sonargaon on April 3.

Waliur Rahman, Jharna’s father, filed a general diary (GD) with Kalabagan police station in Dhaka on April 26, as he had been unable to locate his daughter since the news of the resort incident broke out.

Besides, Abdur Rahman, Jharna’s son with her former husband, also filed another GD with Paltan police station on April 11.

Since the resort incident, although the Hefazat leader claimed Jharna was his second wife, she did not mention herself as his wife in the case document.

According to the case docket, Jharna met Mamunul in 2005 as he was a close friend of her former husband Maulana Shahidul Islam.

Before meeting Mamunul, the couple was leading a happy life.

Mamunul used to visit their house frequently, and tried various tricks to cause trouble in between Jharna and Shahidul.

Provoked by Mamunul’s evil counsel, the couple got divorced on August 10, 2018.

After the divorce, Mamunul allured her to come to Dhaka, and trusting him, Jharna did so.

“At one stage, he began a physical relationship with me, with the promise of marriage,” Jharna said in the statement.

In the last two years, Mamunul took her to different hotels and resorts in Dhaka and nearby areas to spend time together – all with the promise of marriage.

“When I talked about marriage, he wasted my time giving me assurances,” she said.

Mamunul took her to a Sonargaon resort on April 3 and raped her there again, she said.

Local people detained them at the resort, and Mamunul’s followers attacked the resort and took them away, according to the case document.

After the incident, Mamunul kept her confined illegally in the house of an acquaintance and did not allow her to contact her parents and children.

“Later, I tactfully informed my eldest son Abdur Rahman about my condition and asked him to take legal steps to rescue me.”

When the Detective Branch rescued Jharna on April 27, she came to know that her father had already filed a general diary with Kalabagan police station to rescue her.

“The police rescued and handed me over to my father.”

She faced threats from the followers of Mamunul and consulted with her family and relatives, and thus she got delayed in filing a complaint, the case statement added.

After filing the lawsuit, Jharna spoke with journalists and said Mamunul had been deceiving her for a long time.

“He [Mamunul Haque] has done injustice to me by taking advantage of me.”

She demanded justice for herself.

Narayanganj Superintendent of Police (SP) Zayedul Alam told the media that they were working to ensure justice for Jharna.

In the meantime, she underwent medical tests at Narayanganj General Hospital, he said.

“Mamunul Haque will be shown arrested and interrogated in the case. We will do everything for the sake of the investigation,” the SP added.